Learning to Dance in the Rain 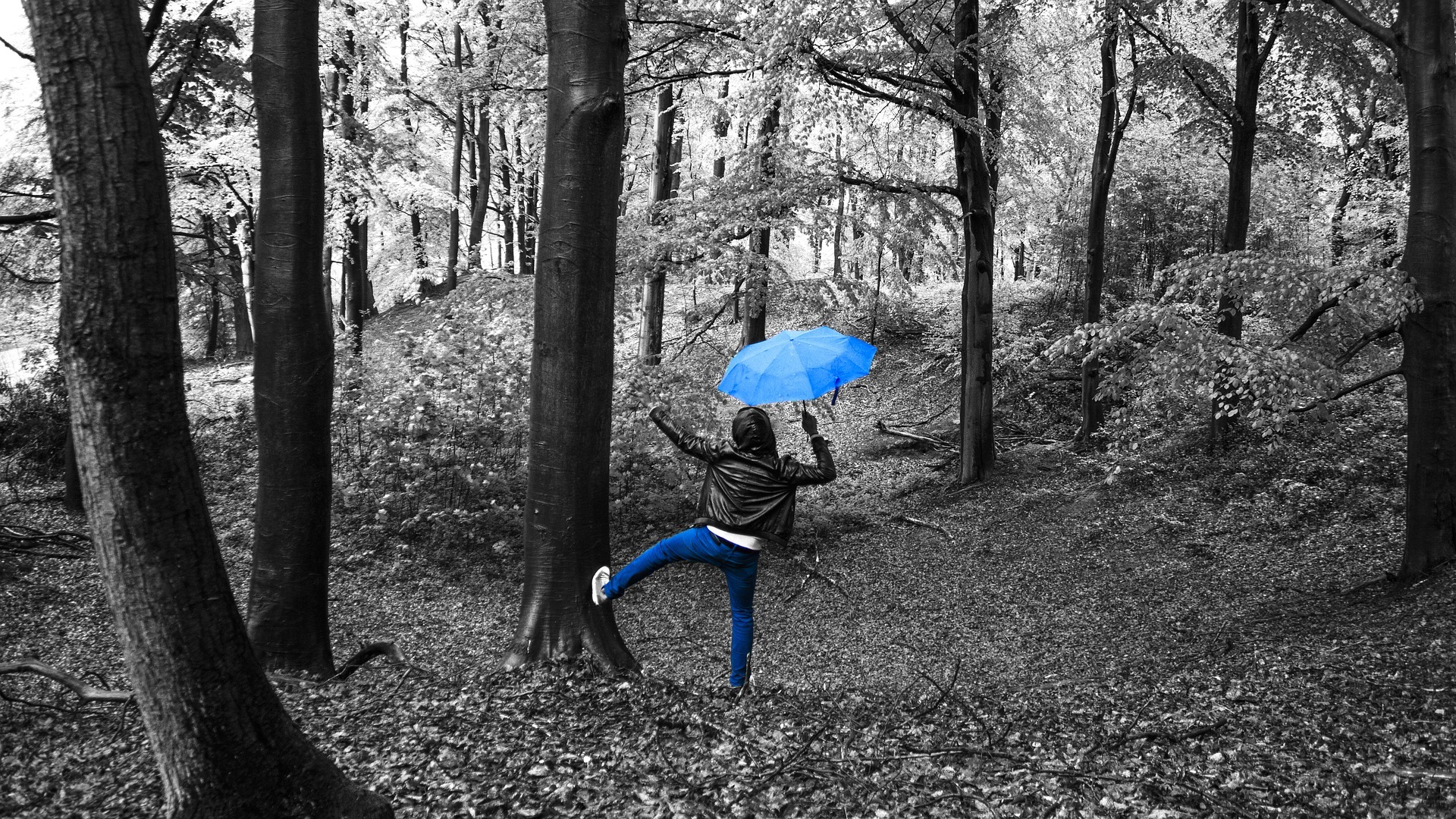 A couple of summers back we experienced what they called a once in a hundred years storm.

The skies opened up and dumped so much rain on us that roads were washed out, basements were flooded – and there wasn’t a thing we could do about it even if we’d known it was coming.

I remember that day distinctly. I had my children at home and was taking care of my niece for the day.

It had been pretty hot, and I’d promised them that we could go swimming at a local pool.

There was a break in the rain, so we headed out.

However, it turned out that the roads were flooded, and because of the storm, they’d closed the outdoor pool anyway, so we went back to my house. The kids were pretty deflated.

And then of course, the sky opened up again and it poured.

Now, I could have just turned on the TV, and sat in front of it feeding their unhappiness about the situation.

Instead, I put them in their bathing suits, put on some happy music and took them outside.

The patio stones in the backyard were quite warm and steamed as the raindrops pooled into large puddles.

There was a cacophonous noise as each raindrop hit the pavement in unison. I stood and smiled as the rain soaked my hair and dripped down my face.

I enjoyed the smell of the wet pavement and licked the salty drips off my lips.

And what did we do? We danced and played and made what could have been a bad day into a good one.

You may be wondering now – what’s my point? Where is she going with this? The point is – that’s life.

Life isn’t about waiting for the storm to pass. It’s about learning to dance in the rain.

I haven’t talked about this on my blog before – but just over three years ago, one of those once in a hundred year storms hit my life.

When driving to work that morning, as I was going through an intersection, a car turned right in front of me, and I hit it head on. My leg was broken in four (or more depending on your count) places and I felt pain worse than I’ve ever felt in my entire life.

Despite this, my first thought was for my children, who were in the back seat. They were shaken, but after an ambulance trip and some x-rays, were fine.

After three days in the hospital, I finally got surgery. They put a metal rod in my leg, and used wire to string several pieces of my knee cap back together. I also had a cast over my ankle. It turned out they missed a piece of bone that was lodged in my foot – that wasn’t discovered until at least a year later. All of that meant two more surgeries in the next two years.

I spent almost two weeks recovering in the hospital and then three months recovering at home. I’m still in treatment – for about two years, I had at least five medical appointments a week – physiotherapy, occupational therapy, I have an orthopedic surgeon, a massage therapist, a psychologist, a hydro-therapist. I’m down to two to three appointments a month now.

After the wheelchair, I moved to a walker, then a cane, and now I walk unaided with a slight limp.

You’d think that that would be all that consumed me for that period of my life. Five appointments a week? Surely I stayed home and licked my wounds. A tragic incident for sure. But I picked myself back up. I went back to work as soon as I was off the pain meds – still struggling with a wheel chair. Not because I had to financially – I had insurance. My paycheck was covered. Because I needed to. My children have been with me since the day I came home from the hospital (albeit with some help in the beginning).

My kids were in the car that day – and they came out without a scratch, and I’m so grateful for that.

And my life has continued.

Two months after the accident I was “officially” engaged. A month after that I got married.

I went back to work after three months. It took some work (thank goodness my employer was flexible), but I got my groove back.

I helped teach my son to ride a bike that summer, and my daughter the next. I taught my daughter how to swim.

We went to Disney World for a week.

We bought a new house and moved in eight months after the accident. Just after that, my son went to school for the first time, and I was right there with him. A year later, my daughter joined him.

And this summer, two and a half years, three surgeries and several hundred appointments after the accident, I gave birth to the new love of my life. And I’ll be there to teach him how to ride a bike and swim. We’ll go on family vacations. I’ll be there for his first day of school.

Sure, I have a limp. But this doesn’t define my life. My external scars do not define who I am any more than my divorce did.

My leg doesn’t work the same way – so I’ve taught myself a new way to dance.

My life isn’t unique – we all have storms.

Or maybe it’s a small storm – an unexpected project, a family illness.

It all still applies.

You can’t wait for the storm to pass – you can’t remain the same in the face of change.

You have to change with it – you have to learn a new dance.

And, if you do it right, you’re all the better for it.

The next time it rains – don’t dip under the nearest balcony or wait for the rain to pass.

Take a moment, and stand there and feel it.

Feel the softness of the rain on your face and remember me.

2014-01-22
Previous Post: The Seven Critical Decisions that have Changed My Life in Surprising Ways
Next Post: Make Your Own Happy