Using the Purple Crayon: Encouraging Creativity in your Children 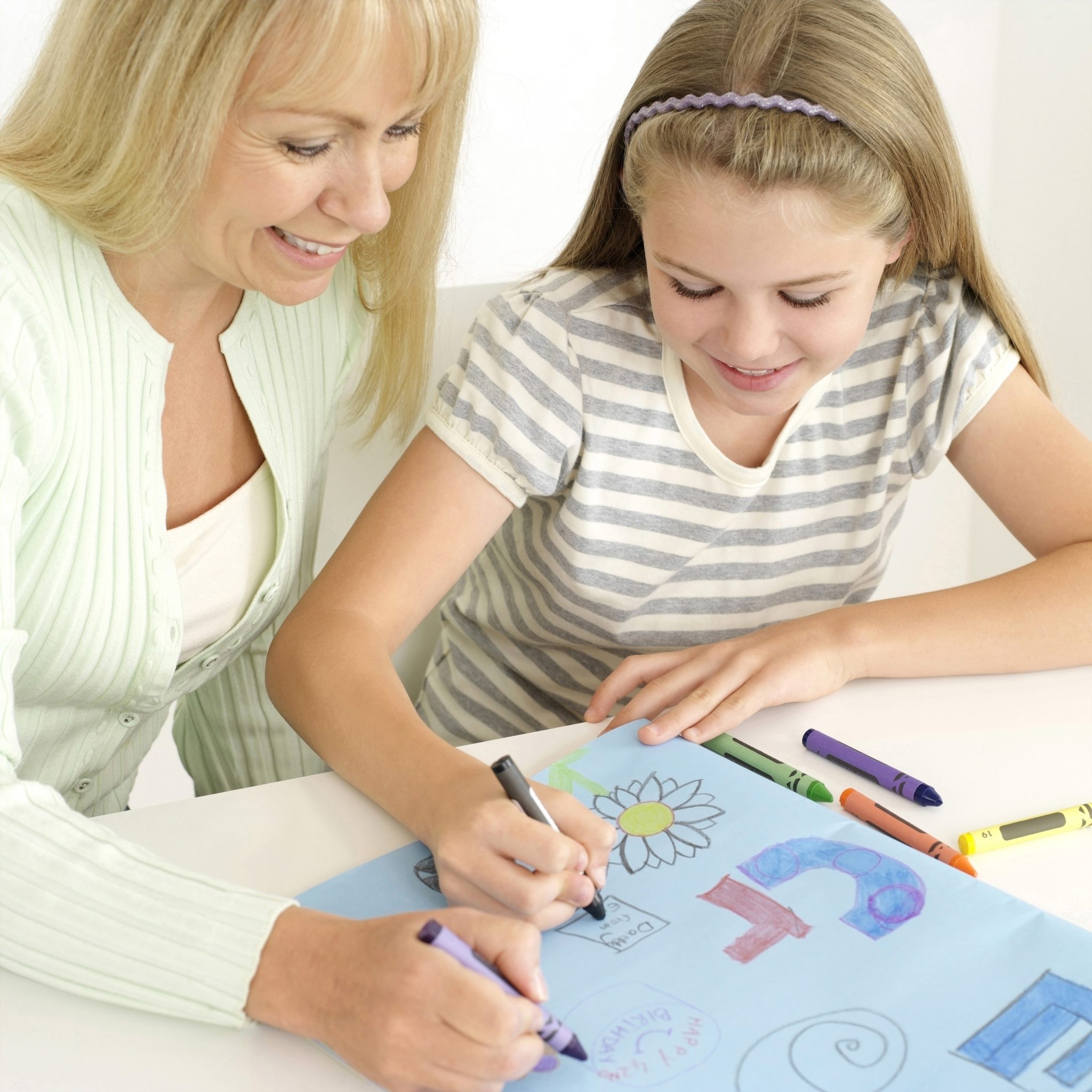 I’ve always been a fairly creative person. It’s part of the reason I enjoy writing so much. But, as an adult, I do realize that there are some creative enterprises that you just can’t undertake. For instance, although I’ve added a few trinkets to my desk at work, I’m well aware that if I put up Christmas lights and streamers in my office, I’d likely be asked to take them down eventually. Because the workplace is just one of those places where creativity, and standing out, is discouraged.

Unfortunately, I was reminded the other day that certain institutions work hard to teach you how to stifle your creativity. I had a parent-teacher interview with Flower’s teacher. This is not my favorite time of year. With Puck, this usually was an excuse for the teachers to highlight his shortcomings. Given his recently diagnosed learning disability, this doesn’t happen very much anymore—we talk more about accommodations and learning plans.  But given my past experiences, it’s still something I dread.  What if there’s an issue?  Am I a bad parent?

On this particular occasion, the teacher brought us into the classroom (my sitter bailed last minute and Hubs was at work, so I had all three children with me). I sent Flower and Puck to the other side of the room to play, and pulled Bae out of the stroller and plopped him on my lap.

The teacher pulled out some examples of Flower’s work. We went through all of the things she’s doing well (she is a bright little thing – right on target).  She can read almost the whole alphabet (she’s having trouble with her B’s and Q’s), she can write down her numbers (although more often than not, she’ll get some of them backwards). I know she can count to 100, but I gather when she was tested, she stopped at 40. Just stopped. But that’s OK. I’ve heard her do it.

I was just about to breathe my sigh of relief, and then we talked about art.

I don’t know about you, but I would have assumed that any creative endeavors in art class would (with some restrictions like theme), encourage the children to be, I don’t know…creative?

Apparently not so in Flower’s class.  The teacher explained that the children had been asked to draw pictures of themselves.  She pulled out the picture.  It was pretty good for a six-year-old.  She had a big round face, eyes, nose and mouth in the proper place. I smiled at it. And then the teacher told me what was wrong. Flower had (shocked intake of breath) used a PURPLE CRAYON for her hair.

“I told her that we use real colors in this room and sent her back to get the brown crayon.”  the teacher explained.

I must admit, I didn’t know what to say.  I almost laughed.  It’s a kindergarten class – surely she’s just joking.  But her deadpan look told me that was the incorrect response.

Truthfully, I never call Flower’s hair brown myself.  My hair is red.  Not as red as I’d like it to be, but I’ve always loved it.  None of my three seem to have inherited the trait, but Flower does have some red highlights.  I certainly wouldn’t have called it brown.  I wouldn’t have called it purple either, but I wasn’t the one who was drawing.

I was slightly incensed that the teacher would insist on labeling it. Brown. What a dreary color. Her hair is certainly not brown. Maybe auburn.

Ok.  I digressed.  I am admittedly slightly distressed that none of my three children inherited my red hair.

But regardless.  I was incensed at the fact that she not only labeled my daughter a brunette, but she made her go get a brown crayon.  She’s six.  Only six.  If she wants to think she has purple hair or wants to draw it that way, she should be able to do it. She drew a perfectly fine picture otherwise. Why not?

But I’ve been beaten down by that same system that’s teaching my daughter not to color with a purple crayon. So I swallowed, took a breath, and narrowed my eyes a bit and said “Oh.  Purple.  No, her hair isn’t purple.”

We finished up the interview and went home. I pulled out the glue and the markers and the colored paper and let them draw. Whatever they wanted. Because if they have to stifle their creativity at school, they can create their own masterpieces at my house.

[bctt tweet=”If my children must stifle their creativity at school, they’ll have to create real art at home. #Creativity #Art #Education ” username=”LiveBySurprise”]

So now I have a picture of Flower, purple hair and all, on my fridge. And I’m going to keep it there to remind me that our home is not a workplace or a school or an institution. And I need to encourage my children to be who they are—not who they’re told they should be.

2014-02-16
Previous Post: Happy Valentine’s Day from Live by Surprise!
Next Post: Liar, Liar: More Tales About Co-Parenting with a Narcissist