Preparing Your Kids for the Death of a Pet 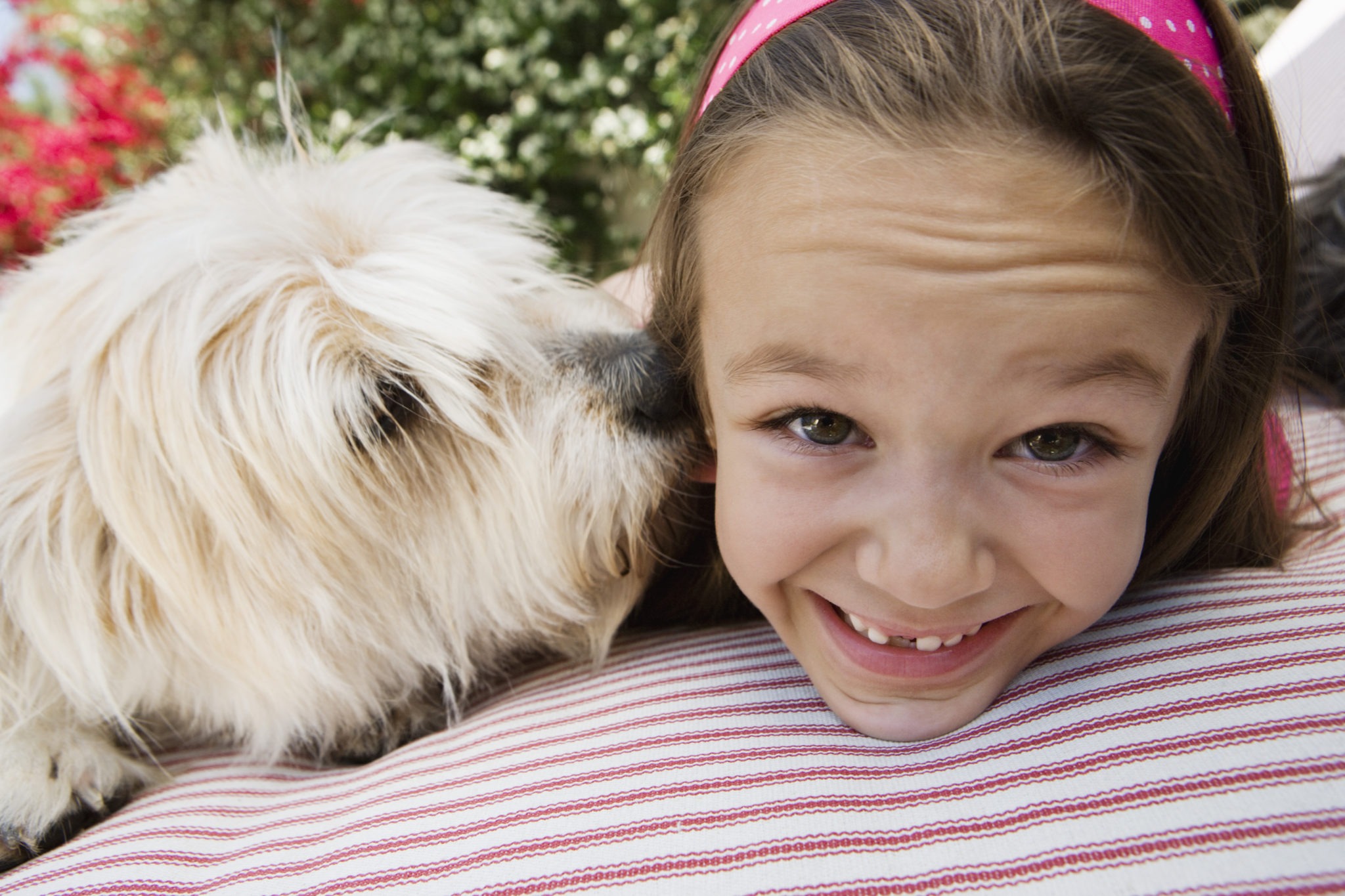 When my husband and I were dating, I met his kids well before he “met” mine. He had joint custody of two gorgeous dogs – Montana, a full Rottweiler, and Apollo, a German Shepard Rottweiler mix. Montana was about eight at the time, and Apollo was about eleven. I say “about” because we’re not quite sure how old Apollo is. When my husband rescued him, just after his first marriage, he had been living on the streets for a while and was a little rough. And at about 100 pounds, I’m sure that Apollo was quite intimidating.

My husband is an “alpha” though, and Apollo accepted him as part of his pack. They have a very pure bond – one that I have never witnessed before, and admire a great deal.

I wasn’t around when Montana was introduced to the pack. My husband and the woman that he was living with at the time got her as a puppy. I gather Apollo was rather hard on her—and I know from experience she is quite a spirited dog. Perhaps because she was a puppy, or maybe because she was pushing in on his territory (my husband), Apollo had no problem playing rough with her, and teaching her the ropes the hard way.

When we met, my husband was in the process of extricating himself from that relationship. I think the dogs were the most difficult thing for him to let go. In the split, it was decided that he would take Apollo (as he’d come into the relationship with him), and his ex would take Montana. For a few months though, the two dogs went back and forth while he and his ex were trying to settle a place for them to live. And so I got to meet Montana and Apollo when we were first together.

Apollo has a heart of gold.

Outside of Montana, who he treated like a brat younger sister, he is the gentlest, noblest dog I have ever met. He has a quiet dignity about him. Despite his rough Rottweiler genes, his gentle Shepherd looks give him the appearance of a big soft teddy bear. He has a giant, very soft tongue, which he readily uses to lick your face or hands. My husband calls him “Friend to All”.

Apollo won’t hesitate to go up to a complete stranger and give him a big lick and a snuggle. And given his ease with others, I’ve learned to trust his instincts. If Apollo doesn’t like somebody, then you need to listen to him.

When my husband met my little ones, three and five at the time, Montana and Apollo were invited along. Montana only had eyes for my husband—waiting for him to throw the frisbee, ignoring the kids. But Apollo took time with each of them in turn. My daughter, about three-and-a-half at the time, could only throw the ball about three feet. But Apollo acted as though she’d sent it a mile. Jumping and running, shaking his head and bringing it back with a smile to drop it at her feet. She was enthralled. My son was a little wary. I think he understood that the meeting was with a man who might take his spot in his mother’s life. He did warm to Apollo, but my daughter, she was in love from the first moment.

Perhaps a result of the genetic mixing of the two (or possibly more) breeds, Apollo has the most amazing face I’ve ever seen. He’s got the coloring and face of a shepherd, but the boxy body of a Rottweiler. His mouth turns up at the corners and his eyes light up like no dog I’ve ever seen. He’s so gentle and sweet. And he’s accepted from the very first that the kids and I are now part of his pack. When we go to the park, if another dog approaches that’s a little too aggressive, he’ll still stand between us and them. A very imposing reminder that he’s an alpha, and it’s his job to take care of us.

And my kids love him.

They splay all over him in his bed when he’s sleeping. Cuddling.

Kissing. Rubbing noses. Right in his face. My daughter especially. Even though at six, she still can’t throw the ball very far. He still acts likes she’s sent it a mile. And when our new son came into our lives last summer, Apollo took it all in stride. When we come into the house, Apollo greets us all in turn, lastly giving the baby a big lick on his face—his tongue almost as big as his head.

We introduced a new dog, our Princess, when we moved to our new home two years ago. We got her at my husband’s behest. He realized that Apollo was getting older and that an older dog is best to teach a younger dog. And he has. She was a year old when we got her, but still puppy like. Unlike his relationship with Montana, Apollo treats Princess like a queen. She’s allowed to snuggle with him. He licks and cleans her. He still tells her off if she’s bugging him or doing something wrong, but he’s much gentler with her (although, she’s got much a gentler nature than Montana).

My husband is a real man’s man. He believes (as I do) that most “problem” dogs in the city are problems because they don’t get any exercise. They’re stuck in the house all day, with nothing to do but make a mess. Our dogs are out on average an hour and a half a day. Three walks—morning, before dinner and then again before bed – just around the block. On weekends, my husband has taken them as long as 10 miles in the bush.

But that day in the field, that was over three years ago now. Apollo isn’t eleven anymore, he’s probably about fourteen. Which is pretty old for a dog as large as he is. But he’s got a small tear in his right rear ACL. A common malady, I understand, for large breed dogs. But it would be costly to fix it. And cruel to put an old dog through such an invasive surgery—and we’re well aware that he may not survive it.

He can still walk.

But he’s slowed down quite a bit.

And he limps. This winter has been really hard on him. He’s slipped on the ice a few times. And he’s having trouble getting up and down stairs and curbs. We’ve got him on painkillers and anti-inflammatories. He sleeps probably about ¾ of the day. And the twinkle in his eyes is starting to fade—he doesn’t smile as much anymore.

And so, we know that it won’t be too long. We’re doing our best to make it a good time. To ensure that he’s in as little pain as possible. More frequent, shorter walks. More belly rubs. A little more table scraps, some cheese here and there.

I’ve tried to be open with the kids. Suggesting that they spend a little more time with Apollo. But last night, I broached the big “D”. I got some kids books from the library and we had a good long talk about what happens next. And we cried. Preparing for the death of a pet is never easy, but especially one so well bonded with all of us.

Rubbing their noses in his soft fur. Letting him kiss their hands and their faces. They’re worried for him. They’re worried for my husband. They know how hard it will be for him. Apollo is his “kid” in every sense of the word. They’ve been through so much together. He’s cleaned up vomit, poop. He’s taken him to the doctor when he’s sick. He’s fed him and bathed him and cared for him for about 13 years now.

And he’s become such a big part of our family too. We’ve fed him and cleaned him and cleaned up vomit and poop. My eight-year-old started walking him on his own a couple of months ago – one of his first bids at independence. Apollo is part of my pack now, or maybe I’m part of his. He’s a big brother to my kids. He’s my family. And I am so sad.

I’m taking more pictures. Building memories. Making the most of all the time we have left. Trying to give to him everything that he’s given to us. If that’s even possible. I’m trying to prepare us – but I feel woefully unprepared. This storm is going to be very rough. But we will emerge with our memories and our love intact—better for having known our dear Apollo.