What To Do When Your Ex Regularly Forgets School Holidays 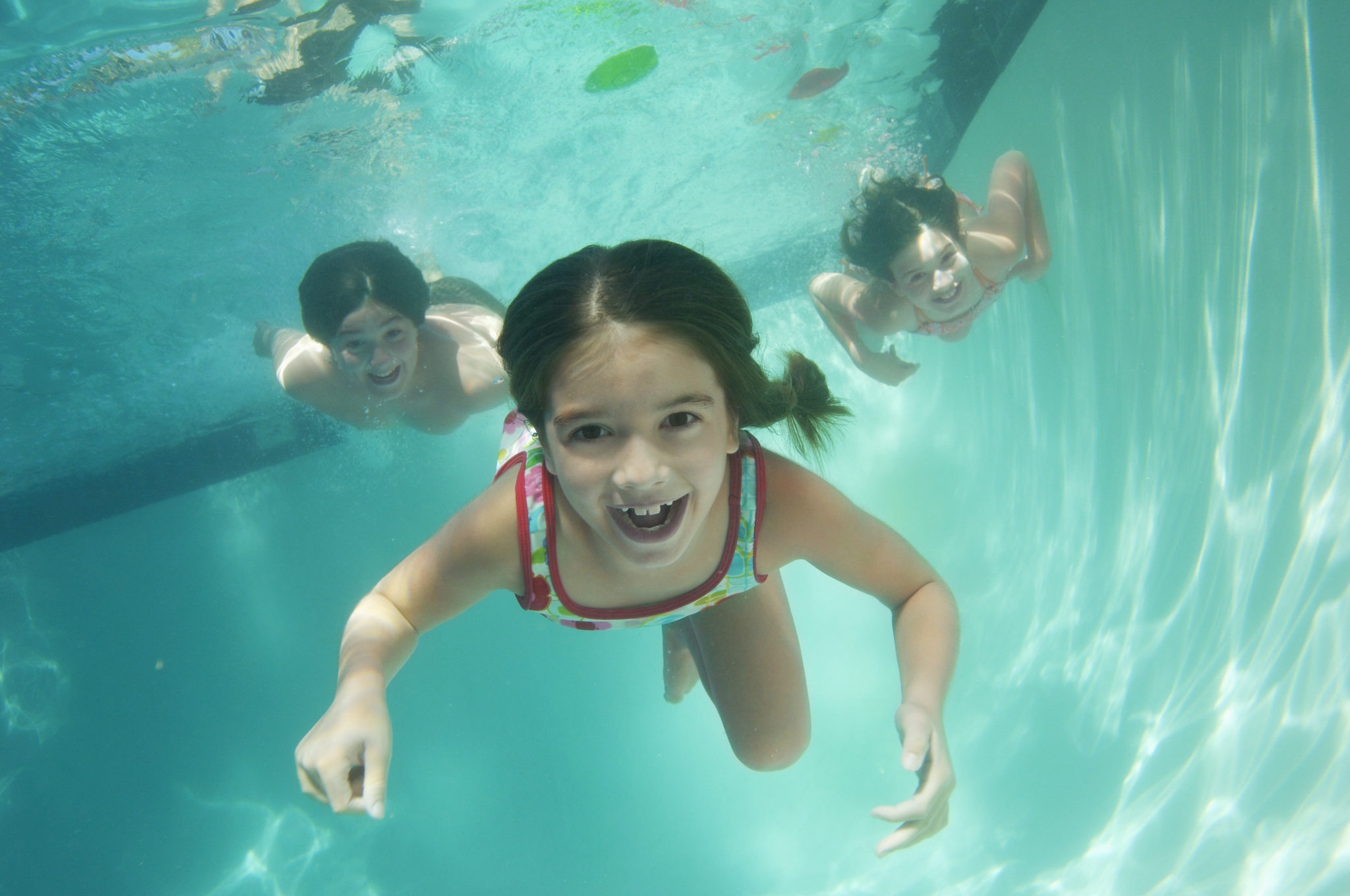 Less than a  month ago, my ex forgot about a school holiday and didn’t come to pick up the children for his regular access. I texted him, and as I had nothing on for the day, agreed to wait at home until he came to pick them up. He lied, suggested that his car wasn’t working, and then it (magically) worked when I said I couldn’t drive them to his.

I got a subsequent e-mail, after the event, suggesting that it wasn’t his fault, his car really wasn’t working. (Which would suggest that he knew about 45 minutes before he was to pick the children up that he knew he wouldn’t make it on time. And that he didn’t text or call or anything until after I texted him at 9 AM. A full 45 minutes after he was supposed to arrive. So to be clear—he’s not a liar. His car really wasn’t working. No. He’s not a liar. He didn’t forget. He’s just an asshole, because he didn’t let me know, and left his kids (and me) sitting for an extra hour and a half. With no phone call.

That totally makes him look better than if he lied about his car.

Somehow, after this occurrence two weeks ago, I wasn’t inclined, today, on yet another school holiday, to inform him of the holiday in advance. Nor did I text him to see where he was when he didn’t show up even though I had plans today. (I had to drive my husband to catch the train because as we only have one car, I needed it as I had a swimming lesson with my little at the local pool.)

Truth be told? I actually don’t think he even forgot. I don’t think it ever occurred to him to write down the school holiday dates and match them against the custody schedule.

Why bother? Apparently, he thinks it’s my job to remind him. Even though the school sends out e-mail calendars once a month. Even though all the school holiday dates are clearly marked in the front of little Puck’s agenda. Even though this Monday the children were asked to mark “Holiday” in Friday’s slot. It was there Monday and Tuesday when my ex had custody of them. And he should have taken note.

So, today, I waited a half hour for him to arrive. I had all their things ready by the door and lined up. And if he had shown up, they would have put on their coats and been out the door in less than five minutes.

SPOILER: He didn’t show up.

I had a back-up plan this time

So I had my back-up plan ready. I had their swim things ready by the door too. And when the half hour was up, I took my husband to the train, and then headed to the rec center. And, once there, I left my phone in the car. I didn’t do this purposely to confound him, the pool doesn’t have secure storage.

I suspect at just about 9:15 AM, the day care Flower usually attends in the morning called my ex. The day care is open on school holidays, but we’ve agreed that on school holidays she doesn’t go, and the parent who has custody that day is supposed to inform them. Because at 9:23 AM, I got an e-mail:

Are you not dropping the children today? Normally you do?

Our normal exchange is actually done at 8:15, and if the children aren’t there right on the dot, I get an e-mail. “Where are they. They’re two seconds late.” And as he has made abundantly clear on several occasions (I’d asked him if he could drop the kids to me one day as I wouldn’t have a car), “The person who is gaining custody must attend to make the exchange.”

Of course, at 9:23 AM, I was in the pool, changing the children for the swim.

How are we making the exchange.

Of course, I didn’t get the text either, as my phone was in the car.

At 10:15 AM, I got a voicemail on my home phone. My ex suggested he was at his local police station talking to a police officer. And there must have been some confusion about the exchange today. Could I call him or the police station (he provided the officer’s name with no phone number) right away?

I don’t know what he told the officer, but I do know, from previous experience, that they’re trained not to intervene unless there’s a specific transgression in the court order. They’re supposed to get the parties involved to work it out. And I hadn’t actually violated anything in the order. He had. He didn’t show up for his scheduled access. So I suspect the officer suggested he nicely ask me if could have access even though he hadn’t followed the rules.

We finished our swim, got changed, and arrived home just before 11 AM. By this point, I had seen the e-mail, the text and the voicemail (although I hadn’t heard it yet). I got the kids in the house, prepared a bottle for my youngest, and while I was waiting for it to be ready, received another e-mail at 10:57 AM.

What do you want me to do here [Liv] please? Do I pick up or will you drop off? I’m waiting for an answer in the police station.

I responded…once I saw the messages

Once I saw the emails/texts/voicemails, I responded promptly:

I’m not sure what your problem is. You know that the person who is gaining custody on a school holiday is supposed to pick up or make prior arrangements otherwise. You did not show up at my home at 8:15. I waited as long as I could, then I went on with my day. It was quite inconvenient—I ended up having to take the children with me to [Bae’s] swimming.

I have returned now. You may pick them up before noon if you’d like, otherwise, I have an appointment this afternoon (reader note: I had to pick up hubby from the train) and you will not be able to pick up until 3 PM.

His almost immediate e-mail response was tagged “Thank you” in the RE line, and suggested he was on his way. And I’m sure that the Thank You was only for the officer’s benefit.

He arrived about 40 minutes later, and I had the children ready by the door.

You’ll note in all of this, that not once did he claim any sort of responsibility for the error, or apologize for inconveniencing me or disappointing the children.

When I sent the exchange e-mail, I added a line:

As to the problem with the custody exchange this morning – I assume you’ll be a little more diligent in the future, considering this is the second time in less than a month that you’ve forgotten to pick up the children.

And of course, later this afternoon, I got an e-mail suggesting that although he didn’t forget, it was my fault.

As the custody of the children, you have a obligation, as do I, too act in good faith? This doesn’t mean tripping either or party up, as was clearly the case from what I gather in your last email? I made a great effort too reach you? I did discuss this with my attorneys office today. So let this not happen again please? From information gathered. What would happen if this was a emergency?

Note: This is word for word…yes, that’s really how he writes.

Note again—no admission on his part that he forgot. Just a suggestion that him not showing up was my fault because I wasn’t living up to my obligations. Me. Yep. I tried to trip him up. But luckily, I didn’t trip him up. He made great efforts to reach me (cough cough over an hour after he was supposed to pick up the kids). But it clearly wasn’t his fault.

But on the bright side, I got my dose of humorous e-mails for the day. The kids were not exposed to any conflict between their parents as everything was done over e-mail. And (bonus) I got to spend an extra half day with my kids having fun.

What about next time?

And the next time? (Yes, he hasn’t learned anything – this will happen again…unless the piano plane makes a visit).

Next time, I’m doing it exactly the same way. Because this was actually easier and less stressful than the last time. I anticipated. I was prepared. And I didn’t get frustrated or upset. I enjoyed my extra time with the children. And they did too.

2014-03-08
Previous Post: Ignorance is not Bliss: How Do You Teach Someone Who Cannot Learn?
Next Post: Dealing with Sick Children on Exchange Day