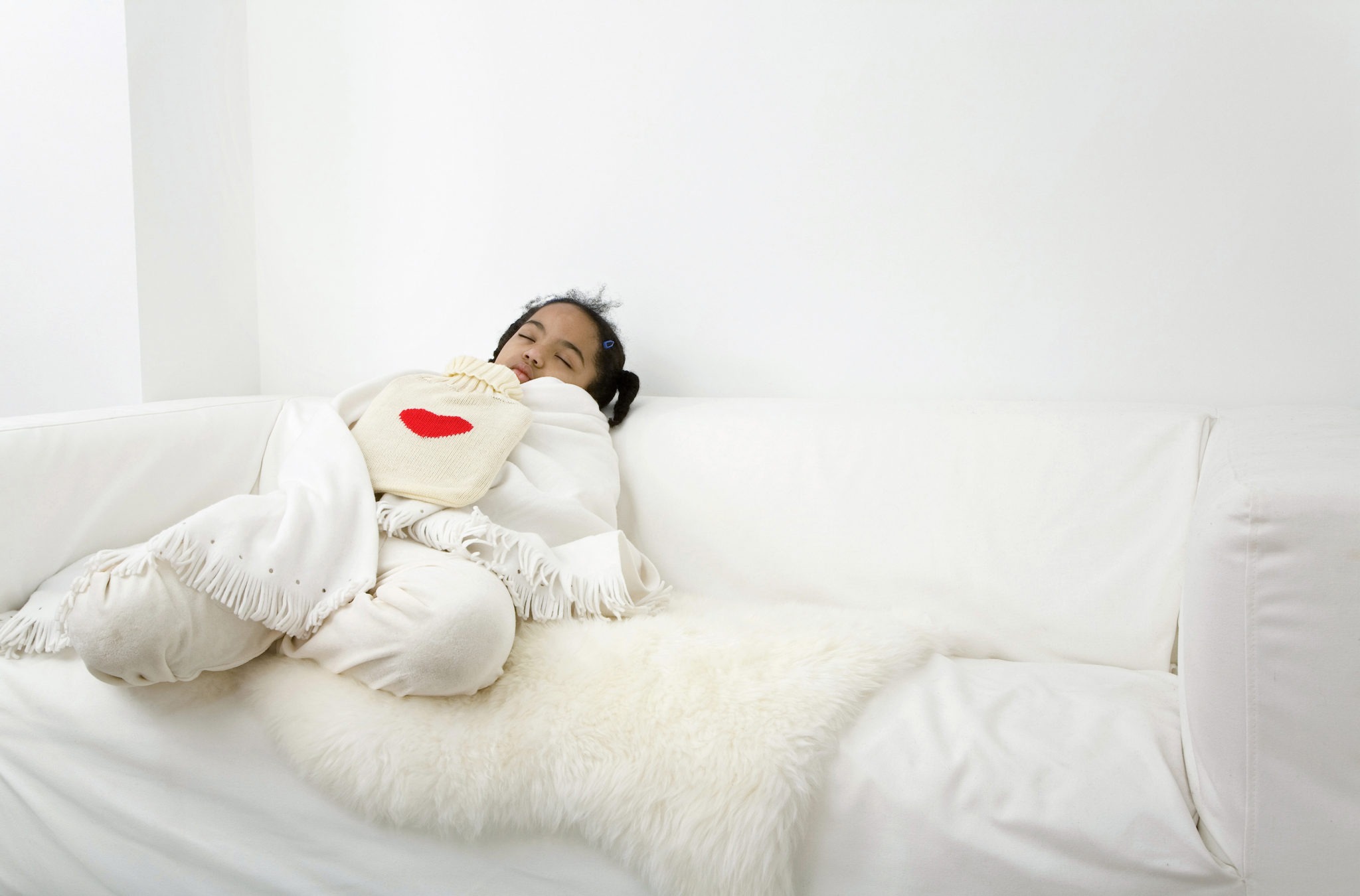 It was the Goblin King’s (my ex’s) weekend with the kids, and he was supposed (per our custody agreement) to drop the children off at 8:15 AM on Monday at their school. At 8:09 AM, I got an email from him.

What? Check e-mail to see if maybe I missed something. No e-mail. Try his phone. No answer. Send e-mail back.

What is that supposed to mean?  Is something wrong with Flower? Why would you think it’s even slightly helpful to send such a cryptic email? Call me immediately.

It’s pushing 8:30 now, he should have completed the exchange at the school. So I call the school. She’s not there.

I’m really getting worried now. I’m practically shaking. Actually, I am shaking.  And biting my lip. I’m not sure what to do.

It’s one of my biggest fears—that something will happen to one or both of the children, that they’ll need me, and the Goblin King won’t let me know.  He’s court ordered to let me know immediately if he seeks emergency care—but in the past, he’s taken them to the emergency room without telling me. Sometimes for a couple of days. They’ve all turned out to be nothing, but still, the pattern exists. I’ve reminded him before of the requirement. But there’s no way for me to enforce the court provision without going back to court.

He tells me Flower has a fever. He called the health info line this morning to ask them what to do. They had him put her on the phone. They told him to take her to the hospital.

I’ve worked in healthcare. I’m familiar with the idea that if you can’t get important information out of the parent, as a last resort you speak to the child. In this case, my six-year-old daughter.

Is she vomiting? What other symptoms does she have?  What did they say?

She has the flu. I’m going to drop her off at your house.

And then I lose it.

What were you thinking when you sent that e-mail. Do you know how worried I was? Couldn’t you have picked up the phone? What’s wrong with you?

Ten minutes later, Flower is in my arms. She doesn’t seem to have a fever. She looks pretty tired, but that’s not unusual after the Goblin King’s house—he doesn’t keep them to a regular bedtime.

The Goblin King suggests he took her to the emergency room at 6 AM.  She has the flu. He couldn’t call because he was driving.

I point out that if he was able to send an e-mail, surely he could have called.

Someone else sent the e-mail.

Yes, well then someone else should have called me. Asshat. (This last part went on in my head—he was closing the door to his car after his e-mail comment).

Talk to little Flower to try and determine what went on.  Don’t want to alarm the little thing or stress her out.  Especially if she’s feeling poorly.

The Goblin King is a hypochondriac. Not unusual at all for him to panic when he has sick children. He doesn’t understand how to identify symptoms and has no idea how to treat them, which means he seeks medical cunnecessarily. I worry sometimes about Münchhausen. Given his pathological need to seek medical care for himself and his narcissistic tendencies, I wouldn’t put it past him to make something up to take the kids in for treatment to make himself feel more important. Or, worse, to intentionally make them sick. I just hope he’s scared enough of my wrath that he won’t.

What happened?  Did you get sick and wake up?

Do you remember what the doctor said?

Did they give you anything?

Yes, they gave me medicine.

I know better than to ask the Goblin King for details.  I’ve gotten all I can out of him.

So I call the hospital and explain the situation.  Thank goodness I get someone on the phone who’s heard it before.

Yes, doctor saw her. She had a fever. She may be coming down with some sort of a virus.  (Note – she doesn’t say flu).

No, no vomiting in the chart.  They’ve recommended treating with Tylenol or Advil.

OK—she says they gave her something.  Was that it?  When?  I don’t know when to give her the next dose and what it should be?

Oh dear.  He didn’t tell you?  Sounds like you really have an interesting situation.

You don’t know the half of it.

OK.  So I can giver her Advil now and Tylenol in a few hours. (By now, as she’s been inside for a few minutes, her skin is starting to feel warm).

Thank you so much.

I don’t know what to do about it.  I’ve taken over all primary medical care for the children.  Their regular doctor, dental, and Puck’s physiotherapy appointments and asthma follow-ups are all handled by me.  Because if the children are sick and the Goblin King takes them, he will not provide me any information or the information he gives me will be his version of what the doctor said.

He waits until he’s at the school to make the call—because there have been times when there was nothing wrong with the kids and I’ve told him to leave them there or taken them back after he’s dropped them off. He won’t always tell me the relevant symptoms. One time, just that Puck was coughing. No mention of the fever. Next time, just the fever. No mention of the vomiting.

Once time, when Puck was ill and it was transfer day, I sent him to the Goblin King’s house advising that he’d been on Tylenol (for fever) and Gravol (for vomiting).  He just needed rest and fluids and I told him that although vomiting had stopped, he should stay on Tylenol if the fever persisted.

The Goblin King took him to the walk-in clinic anyway (I hadn’t taken him, and I’m not a doctor, so he wasn’t going to trust my advice).  And then he told me that the doctor said he didn’t know why I’d put him on Gravol for vomiting.  That’s not what it’s for.

I couldn’t understand that one at all.  I called my doctor afterward to find out what the other doctor had told him.  She pulled up the chart.  Rest and fluids.  Tylenol for fever.  We had a laugh about the Gravol comment—it wasn’t anywhere on the chart.

And so, this morning, I have to take a big, deep breath and be thankful that it isn’t anything serious.  She’s upstairs sleeping now.

Now I just have to wait for the next time.  And hope that like this one, it won’t be anything serious.

2014-03-17
Previous Post: What To Do When Your Ex Regularly Forgets School Holidays
Next Post: Can You Look Away? Celebrity Divorce Train Wrecks