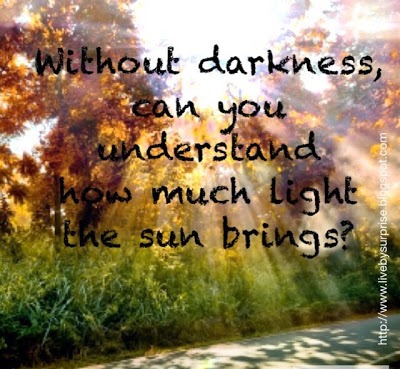 I was out with a group of women the other day and got into a conversation about husbands – and how difficult it could be to work with someone.  One woman told a story of asking her husband to get a bottle for her while she was feeding their child.  She waited for quite some time, then called down again to him – and he finally came upstairs saying “I was playing a GAME.”  She thought feeding their child was more important than the game and several days later – clearly still monumentally angry.  At the time, she snapped at him, but it seemed clear that she still hadn’t communicated with him about how much it hurt her that he wasn’t willing to put his game aside to assist her with caring for their child. Two of the other moms came up with similar stories readily.  One said her mother overheard a disagreement and told her that “her husband needed a taking to.”

I have my own stories

I have my own stories.  I can remember being that angry.  My ex husband was (is) monumentally stubborn and incredibly insensitive.  He always put other things (his car, his job, the TV, just being lazy) over assisting me with caring for our son or cleaning the house or our marriage for that matter.  And I learned to stop mentioning it.  Mentioning it would just lead to a fight – and the next time it still wouldn’t get done anyway.  So I just did it myself.  All the time.

At six months pregnant, I cleared out our garage into a dumpster that we conveniently had use of because we were having our roof re-shingled.  Not small stuff.  Big stuff.  On my own.  Because it was the last day and it was clear that although he’d “intended to get to it”, he wasn’t going to.

I mowed the lawn and shovelled the snow and did other “heavy” work even when I was pregnant – because he was a lazy jackass who had no inkling of the stress it could cause our unborn child.  I’d had not just one, but two prior miscarriages.

He wouldn’t shovel snow because he “might have a heart attack”.  Same with the other heavy work.  I knew it was a little risky to do those things – but my blood pressure was spiked because he wasn’t doing them, so I reasoned that it was better to get my blood pressure down by doing it myself.

The one time he did decide to do one of the heavier jobs, it was my THIRTIETH BIRTHDAY and I was EIGHT AND A HALF MONTHS PREGNANT with our first child.  After months of hemming and hawing, he decided to paint the garage door.  I decided to go to the spa.

The conversation with my girlfriends brought all of these memories flooding back in.  The resentment.  The lack of communication.  The lack of empathy.  The anger.  The passive aggressive behaviour.  By both of us.  I’m no angel.  I participated.  I also withdrew.

I was very young and naive when I married

I was very young and very naive when I married my ex husband.  I’m not any more.  I didn’t go out looking for another “mate”, but one found me.  And I don’t get angry with him.  I have no reason to.

I don’t like to compare the two.  There really is no comparison.  My husband is supportive and loving and kind.  He has a great deal of empathy.  He does things around the house without being asked.  He realizes on his own when I need support and offers it willingly.  When I was pregnant with Bae, he wouldn’t allow me to do the heavy work (unless I insisted).

Our relationship is just so…right.

In every way that my previous relationship was just wrong.

I have to wonder though – without my ex, would I have even seen it for what it is?  Without darkness, can you understand how much light the sun brings?

[tweetthis twitter_handles=”@livebysurprise”]I don’t know.  All I know is, I’m here.  And I like it here.[/tweetthis]

2014-07-08
Previous Post: My Life Needs a Laugh Track
Next Post: By Any Other Name: Freedom Smells Just as Sweet