Hey guys!   I know this isn’t normally a travel blog, but as I’m travelling, thought I would share some of my experiences.

Holland is an absolutely beautiful country and the people here are very friendly.

Today we went to the town of Hoorn which neighbors the town where my sister-in-law and her husband live.  There is an open market near the city centre.  We wandered around for a few hours and picked up some fish for dinner.  The market is an interesting site – vendors peddle clothing, fresh vegetables and fruit, fish and flowers.  Lots of beautiful flowers. 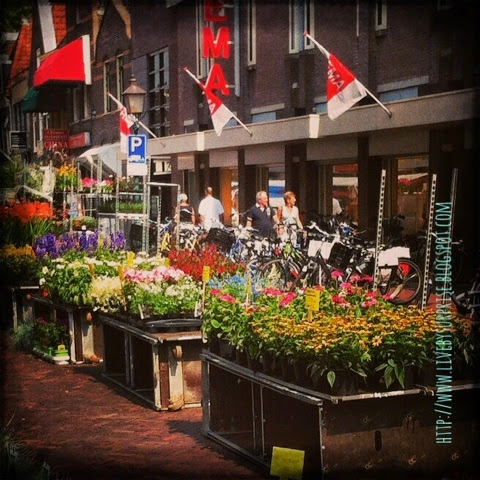 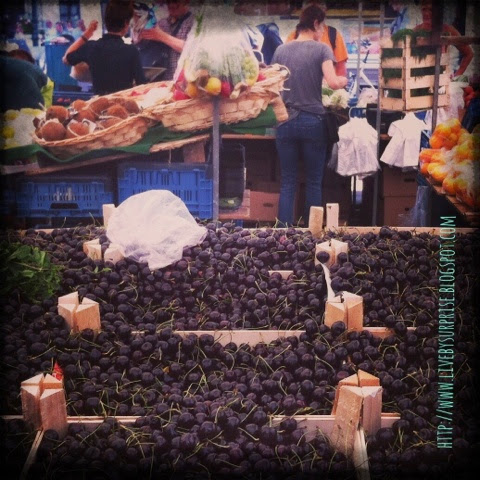 They have little bright red round berries (which I didn’t get a picture of – these are cherries) – that I’ve never seen in the states.  I don’t know what the equivalent is (any Dutch readers out there?) but the sign in Dutch translated to red berries.

This was the cafe we ate at in Hoorn.  That elaborate building on the far right (and likely the Westfries Museum beside it) is over 400 years old.  Most of the buildings are.  In the cities, they’re packed fairly close together, and homes are tucked down narrow alleyways.  We’ve been in a few areas where they’re actually starting to lean into the road, like Pisa.  I didn’t get a picture, but I will try within the next couple of days. 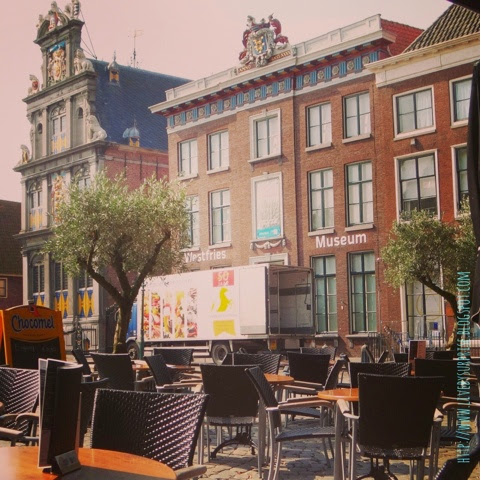 We picked up our fish at this vendor: 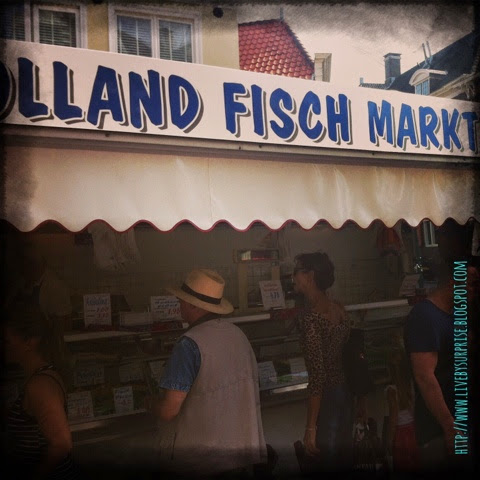 We also picked up stroopwafels.  They’re a Dutch type of cookie made with syrup that my husband introduced me to at home – but they make them FRESH at the market.  I restrained myself and only had one.  But it was the size of four.  This was the stand. 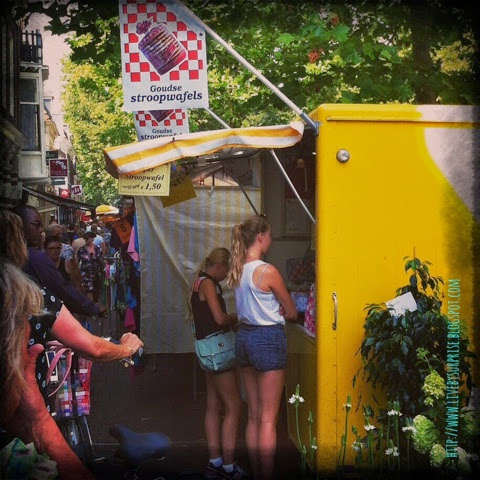 And yesterday (yes, this deserves a paragraph of it’s own), we had friet und mayo.  French fries with mayonnaise.  Not just mayonnaise,  Dutch mayonnaise.  Which is awesome.  A-MAY-ZING.

The Dutch word for cheese is kaas.  I love kaas.  And Dutch kaas is amazing.  We got some Gouda today.  There is a town in Holland that the cheese is named for.  We will definitely be going there.  And Edam.