Our Day at the Zuiderzeemuseum

Yesterday we visited a town called Enkhuizen (ank-hous-en) in Holland to see an open air museum (similar to your local pioneer village) called the Zuiderzeemuseum (z-ider-zay-museum). Enkhuizen was one of the most important harbour cities of the Netherlands in the mid-17th century. But as the harbours silted up, it lost it’s top spot to Amsterdam.

The Zuiderzee Museum was created in 1948 as a way to teach people about the fishing culture around the former Zuiderzee. The Zuiderzee was cut off from the North Sea in 1932 and it became an inland sea. To preserve the cultural heritage, 130 historical buildings were preserved in the open-air section of the museum. The insides have been preserved – there’s a carpenter’s house, a fisherman – you can see the furniture they would have used. It was fairly ornate – but the houses were very small. Most of them had an indoor well just inside the door. The floors were wood. And they had lovely gardens. Some of the buildings contained modern art installations.

It was a beautiful day – sunny but not too hot. I wish we’d had the older two kids – they would have really enjoyed all the activities. You could learn how to make rope (and tie sailing knots), visit the steam laundry, learn how to make a fishing net, make soap, make a clog boat (wish I’d gotten a pic – the sign said “pimp your clog”), learn how to make sails – and you could dress in traditional Dutch clothing (including clogs) and play with the same toys that Dutch children played with at the early part of the century. They even had some water fun in the canal – you could jump into an innertube and paddle around, or go fishing! 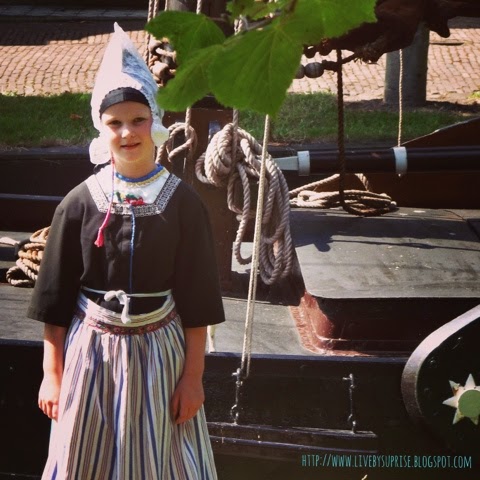 This young lady and her sister were enjoying the Dutch clothing. Including the traditional clogs – like these ones: 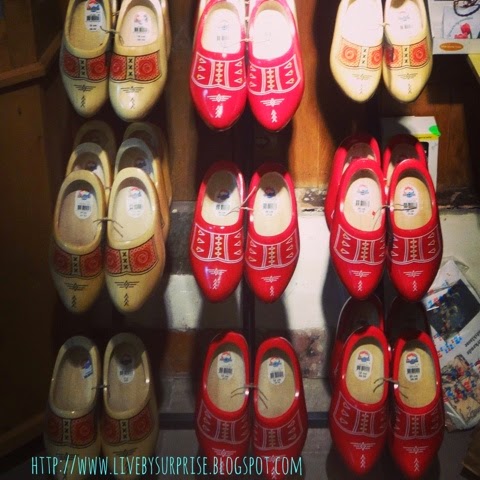 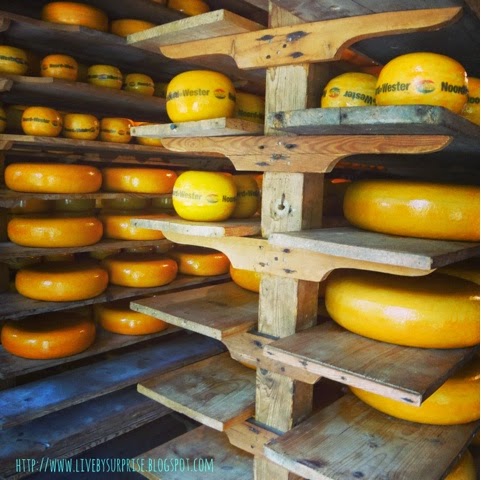 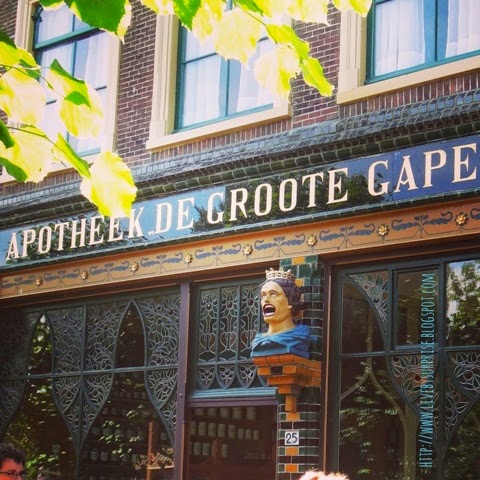 That head – it was awesome. They had a display of all the different heads that could take it’s place (I guess the modern equivalent would be electronic signs to capture your attention). They were giving away some type of powder (which I assume wasn’t cocaine…as was popular at the time). 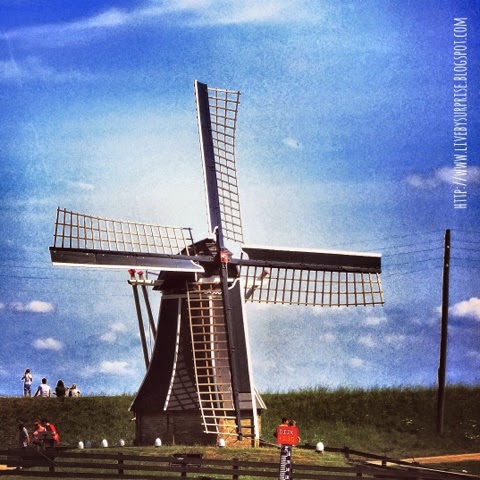 I’ve seen the new ones (more on that later) – but this was really cool. 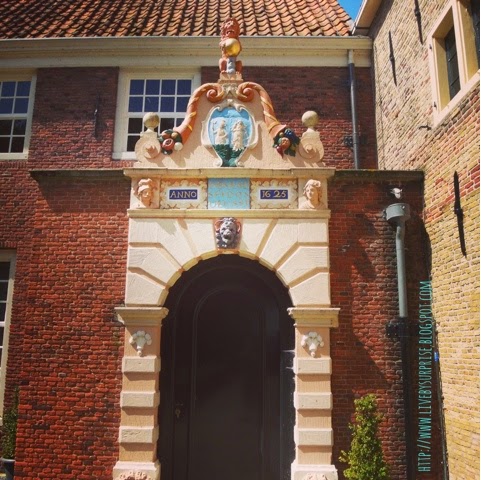 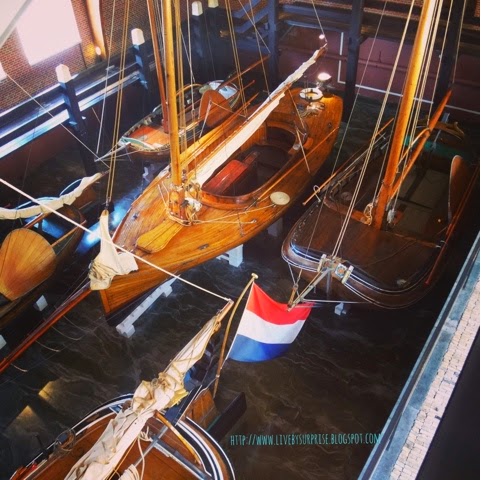 And for my food journey – I had a sandwich with smoked eel while we were at the museum. Ok…I had a bite of a sandwich that I didn’t know was smoked eel until I had it in my mouth. I didn’t throw it up though. Hubs said there were people eating real eels, just skinning them (cooked) on the spot. Not my favourite Dutch food. Although until he told me what it was and my brain got in the way, I thought it was smoked salmon. It had a similar taste and texture – but was a little more oily.

Oh – and for breakfast we had “bacon”. Yes, I put it in quotes. It was not bacon as we know it – it was a similar shape, but it was thicker. It tasted like a pork chop. And not even a good salty pork chop. So yes – I miss bacon. Not enough to cut my trip short – but it will be one of the first foods I have on returning.

For lunch we ate at De Mastenbar at the marina across from the indoor museum. It reminded me of an American fish and chip place by the ocean. They had a lovely large deck where we sat and watched all kinds of boats going into and out of the harbour.I had shrimp croquettes (which are one of my husband’s favourite Dutch foods) and these sausage rolls (little ones), that I can’t remember the name of, for lunch, and of course freits with mayo (which are my new favourite food). The croquettes were a little fishier than I would have liked, but still good and hot.

For dinner we stayed near the harbour in Enkhuizen and went to a little restaurant called Markerwaard. It faced into the old harbour. There was an extended patio outside, but it was full when we arrived so we ended up eating inside.I had a type of fish called plaice. It was battered and deep fried. Apparently it was the whole fish minus the head and tail. Bones in. I’m not normally a “bones in” kind of girl (that’s what she said) – but the bones came out easily and I did enjoy it (ba dum pah). Hubs had mussels. They brought him a pot that I swear was three pounds. 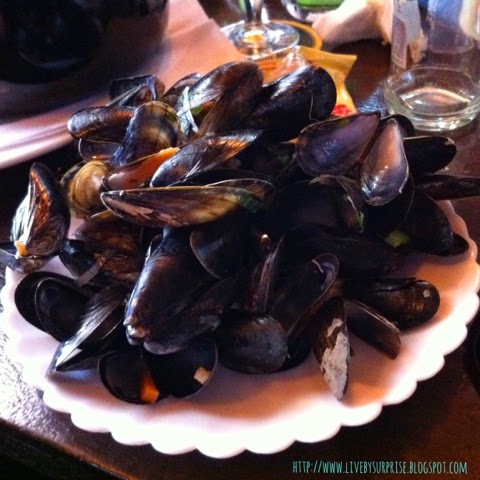 This isn’t even half the shells. He wasn’t able to finish – even though I helped a bit. They were marvellous.

I’d forgotten how European it is to smoke on the patio. We’ve become so anti-smoking where I live that I’m not even used to the smell any more. There was a woman outside the window in the restaurant smoking. I was reminded of summers and my grandmother’s. Must have been her brand.

And that’s it for day three of our adventure. Catch up if you’ve missed some.