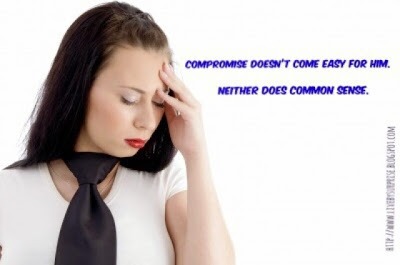 While our custody schedule has resulted in a lot less headaches since it was implemented, it does mean that I have the children on different days every week.My ex works a blue collar job – and has to do shift work. That means he’s on a rotating shift schedule of 12 hour day and night shifts. This contrasts of course with my nine to five. Ideally, the schedule would be based on my schedule, meaning I would get to spend my non-work days (weekends) with the children. Unfortunately, in order to make everything “equal”, the arbitrator chose to base the schedule on his schedule – and instead, he has the children every day he has off. So the children are with me Monday, Tuesday, Friday, Saturday, Sunday and then Wednesday, Thursday rotating every two weeks.

I have considered another schedule. I’ve heard proponents of the “five and two” – and I can certainly see it’s benefits. It’s still a 50/50 schedule. One parent has Mondays and Tuesdays overnight. The other parent has Wednesdays and Thursdays overnight. The parents alternate the Friday-Saturday-Sunday overnights each week and it’s also a two week schedule. It would certainly take away some of the chaos of our current schedule.

However, in our case, it would turn into a disadvantage – as while with my ex, the children don’t do homework, have no chores, eat bad food and get little sleep (see my Disneyland Dad article). Not to mention they’re still young enough, it’s hard enough for them to go for three days without seeing their mother, let alone five.

Our current schedule does work, to some extent – exchanges are done at the children’s school, so I don’t have to deal with tense exchanges any more. I get to spend every second weekend with them. And they’re with me often enough that I can ensure they’re catching up on their sleep and their homework while in my home.

It does however, make it very difficult to have the children in any activity that requires weekly attendance. This includes extracurricular activities – because they’re in my home on opposite days every week.

Ideally, my ex and I would agree on a program and just get the kids to whatever we agreed upon on our own days. One of us would fill out the forms, pay for it, and we’d each take the kids when they’re supposed to go. Past practice however, has shown that my ex is incapable of keeping the children to a weekly schedule, and, quite frankly, seems to go out of his way to embarrass all of us whenever he has the opportunity.

I have absolutely no problem registering the children and paying for them and then waiting for reimbursement. My ex, however, has insisted that he needs to develop a “relationship” with the children’s care providers. And this somehow means registering and paying on his own.

He provided me no information at all. Two weeks before the camp was to start, after asking for information on several occasions, I contacted the program to ensure that I was listed as an emergency contact person and that they had the correct medical information. I found out that not only was I not listed as an emergency contact (let alone as a parent), my son’s asthma was not listed – and to make it even better, my ex had neglected to even register our daughter for the camp. I got them to fax me a copy of the form. There was space for two children. He only entered my son. He only paid for my son. And when I called him on it, he (surprise!) lied. He suggested that it was their error. Even though the handwriting on the form was clearly his almost illegible scrawl.

Example number two: soccer registration in 2012. We agreed with the parenting coordinator that he could provide his own payment, and he was supposed to provide me with a cheque by a certain date. Although I would have completed an electronic registration given my preference, I had the paperwork ready to go. No cheque. I completed the registration electronically (as we agreed I’d do if he didn’t provide the cheque). The day after I registered the children electronically, he went to the rec centre and registered my son. Yep.

Just my son. Not my daughter. (Are you seeing a pattern here? He seems to be under the impression that he only has one child.) Even though I’d told him I had registered both of the children as we’d agreed. And now my son was registered twice. Needless to say, I had a conversation with the rec centre (the one he was having a “relationship” with), and
after a lot of exchanges, they ended up applying his cheque to my registration, and refunding me for the extra payment. But the whole thing was just a big embarrassing mess that should have been avoided.

But not just that – he also doesn’t show up! The children’s soccer games were one after the other on Saturdays. Most of the time, he’d get there in time for the second one (surprise, my son’s). Sometimes he wouldn’t bother. He had a “flat tire” that the children didn’t see…and that was miraculously fixed when they went to the mall later in the afternoon. One of the kids was sick. But well enough to go to the fair later in the afternoon.Those examples – that was only two. There was T-Ball, swimming, day care. All of it. He goes out of his way it seems to make things more difficult. Every single time. He fucks up the registration, I have to iron it out, and then he either prefers my son’s time at the sport, or he just doesn’t bother to go.Even for the after care this year. All he had to do was bring one form and a cheque into the school so it could be attached to the forms that I’d already filled out. He took the forms to an offsite location, they got misplaced, and the kids almost lost their spot.

And so, last year, before we stopped seeing her, we discussed these issues with the parenting coordinator yet again. Unless he agreed to attend every event, and that I could complete the registrations and would reimburse me for the funds, I wasn’t going to do it again. Understanding the history, the parenting coordinator supported me 100%. Of course – he refused. And that’s where we left it. We could register the children for activities on our own time, pay for them ourselves and not expect participation from the other parent.

And that’s just what we’ve done this year. I found a couple of programs that wasn’t prohibitively expensive that the children could attend only half the sessions without missing too much. It wasn’t ideal, it didn’t allow them to form the social relationships that such activities are meant to help them with, but it did keep them active. The ex registered the children for baseball. They’re supposed to attend weekly, but as they’re at different diamonds on the same day, and ex isn’t that worried about attendance, they managed to attend once a month so over three months. I also take them to drop-in programs. It makes the social benefits a little more difficult – because it isn’t always the same kids every week – but sometimes I let them bring a friend. They’ve done soccer, swimming, basketball, library programs and Flower’s new favorite, rock climbing.

I’m really hoping that ex will come to his senses next year – let me register the children for the program, and we can both bring them (or at least i can bring them and he’ll bring them some of the time). But, as you all know, I’m not holding my breath. Compromise doesn’t come easy for him. Neither does common sense. We’ll see where it goes.

How about you? Are you able to agree with your ex on extra-cirricular activities? What do you do if you can’t? 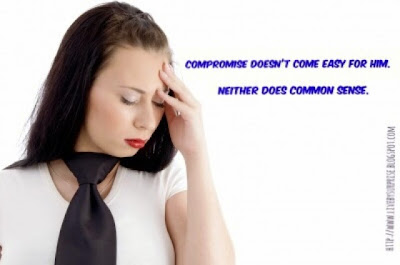