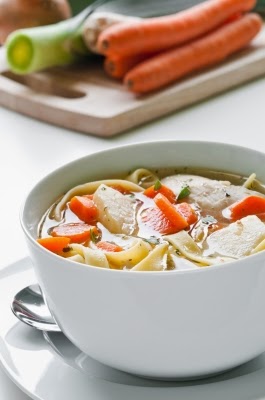 I posted on Facebook a few weeks ago that the Goblin King has suggested that we keep a “food diary” for the children.  Thought I’d take today to explain as I had a few questions about how it came about.

Last September Puck had a visit with his pediatrician.  During the course of the visit, he was measured and weighed, and it came out that his height had increased only 4.6% – but his weight had increased 12.3% since his last visit only nine months before (Puck has regular visits with the pediatrician because of his asthma).  We reviewed his BMI, and it came in at the “at risk” range (there’s a BMI calculator for children on the CDC website in case you’re interested).

It was around this time that I discovered that the ex was sending Puck to school with not just one but three bacon sandwiches per day for lunch in addition to drinks and two snacks.  At eight last year, Puck was a healthy (but not exactly lean) boy.  He didn’t go out of his way to exercise.  If you put three sandwiches in front of him, he’ll eat them, whether he’s hungry or not.  They’ll be gone before his brain even has the chance to register that they were in his mouth.

I have accepted that although I can make suggestions, I can not micromanage what goes on in my ex’s home.  Especially if I expect him to respect my choices for our children while they’re in my care (even if he doesn’t).  I know he’s not a good cook – heck, he’s not even a passable cook.  I know he favors KFC’s Tuesday deals when he has the kids – every two weeks.  I know that other nights he trolls the Walmart pre-made meals line and Fridays are always pizza night.  I’ve come to accept it.  It’s not my job to micromanage what he does at his home – and I have never, ever mentioned it to him.  That’s the way he takes care of the kids in his home.

If I worried about everything that he did in his home, I’d spend my days rolled in a ball in my closet. I can’t do that.  I try to balance out their diet at his home with healthier choices at my home.  Not to say that we never indulge in pizza – but that we even things out with healthy servings of fresh fruit and vegetables.

I also work on educating the children on healthy food choices.  They are good eaters in my home.  Unlike some children, they will eat vegetables like broccoli.  Both of the children enjoy salads.  They love it when I send them in to school with pitas, carrots, peppers and hummus for lunch.  They’ll eat fish.  Last month, they both asked if they could try some sushi – and they liked it!  They’ll try almost anything.  I think I’ve taught them very well.

We’ve also made an effort to exercise more.  Puck started taking the dog for 2K walks after school.  And he joined the track team this year.

At the same time – the BMI issue is a health concern, that if not managed appropriately could result in long-term health problems for not just our already “at risk” son, but our daughter as well.

So last September I requested an appointment with a dietician.
We had our appointment in October.  My discussion with the dietitian covered Puck’s diet and exercise in my own home.  We also had a discussion with Puck about appropriate foods, that sweets were OK on occasion, but shouldn’t be a main meal, and that eating large amounts of food (like three sandwiches) wasn’t really healthy.
I also discussed how to address the issue of how to address an appropriate diet at my ex’s house.  We agreed that the best way to tackle it was to put it into numbers.  So we did.  I emailed him to advise that I had a discussion with the dietician about appropriate healthy foods and amounts in my home and that he was invited to have a similar discussion.  I explained the issues with Puck’s weight, height, BMI and the “at risk” designation.  I also advised that we had discussed the number of calories in Puck’s lunch from my home. I explained that sending three sandwiches (instead of the one I normally send) would account for over 2/3 the number of calories a boy Puck’s age/height should be consuming in a day.

He did agree to see the dietician.  I think in his mind it was so he could prove to her that he was a capable father who was feeding his children appropriate serving sizes of food in appropriate.

Then the appointment was scheduled for last October, cancelled, and not rescheduled.

But in the meantime, he started sending Puck in with only one sandwich and two snacks for lunch.

Time passed.  Puck hit a growth spurt and by his next doctor’s appointment, he was just below the “at risk” range.  In our home, he was eating healthier and exercising more.  In my own mind, I called it a “win”.

Fast forward to this August.  I got a phone call from the doctor’s office explaining that the Goblin King had called requesting an appointment with the dietician.  Out of the blue.  Eleven months after we’d had the original e-mail exchange.  Of course, I had no objection to his attending, although I wasn’t certain why it was suddenly so urgent.

The doctor’s office had spoken with the dietician who requested that we both provide an updated food diary for all the food the children consumed, with approximate amounts for two week days and one weekend day.  She also requested details of exercise in each of our homes.

I suspected that the appointment would approach, he would have forgotten about it, and wouldn’t attend or would not bring his food diary.  I called the doctor’s office three days before the scheduled appointment and asked if he’d picked up the food diary form.  He hadn’t.  I requested that they call him, remind him of the appointment and suggest it would be cancelled if he did not pick up the form and complete it prior to the appointment.  They did, and he confirmed that he would be attending and suggested that he had created his own food diary and would bring it with him.

When I learned this, I provided a copy of my food diary and advised the doctor’s office that it was for the dietician’s review only.  The pediatrician and I had discussed at the appointment a year prior – and agreed it was not necessary for him to see my submission or for me to see his.  I have had discussions with their office in the past about his inappropriate focus on my behaviors.  The appointment was to be a learning discussion – for him.  The focus was to be on the children in his home – not mine.

He did attend the appointment.

After the appointment, he e-mailed me suggesting that the outcome was that we should both provide the other with a food diary outlining the food that the children were eating in each of our homes.

As knew that the dietician would never have suggested this, I asked him for details of the appointment.   I always provide outcomes of each of the children’s appointments for his information and so he can follow up with the appropriate professional if he has any questions.  He told me I should request the records from the doctor.

So, I had to call the doctor’s office to find out what happened.

From my understanding, the Goblin King spoke to both the dietician and the doctor.  He did not bring the food diary.  He expressed to the dietician that he didn’t know why he was there.  He didn’t have a food diary, so there was really nothing concrete that she could discuss with him – she was at a loss, so she asked the doctor to speak with him.  The appointment didn’t even proceed as far as weighing and measuring the children.  He got stuck on some sort of tangent suggesting to both the dietician and the doctor that I had brought Puck to a weight loss clinic without his knowledge or consent (I have not, and had confirmed this to him when he requested the information over a year prior).  He also suggested this was only an issue because we don’t have a parenting coordinator any more.  (Of course…makes total sense…our son is at risk of being overweight because we don’t have a parenting coordinator.  I can see the logic – can’t you?)

And of course, neither the doctor nor the dietician recounted suggesting that we should have a food diary that passes between our homes.

The doctor and the dietician were confused by the whole exchange, and quite frankly, felt put in the middle (which is why I have primary care of the children).  I tried to reassure them that I would try to avoid such issues in the future.

I am disappointed that yet again, the Goblin King has missed an opportunity to learn about helping our children.  He didn’t discuss appropriate amounts and kinds food for the children.  He didn’t discuss Puck’s weight or level of activity in his home.  They didn’t even touch on the progress that we’ve made this year.  Basically, it was just another opportunity for him to try and slam me in front of medical professionals.

He’s still stuck on the weight loss clinic.  He’s sure I sent Puck to even though Puck has never been to one.  I’m sure Puck could confirm that and the doctor’s office has also confirmed it.  His e-mail also regularly suggest that we should have a “food diary”.  Even though it’s not been suggested by the medical professionals that see the children.

I try not to get stuck in the loop any more.  I’ve reiterated – only once – that I’ve never taken Puck to a weight loss clinic. And this was my response to the food diary suggestion:

I have no intention of creating a food diary – it’s not my job to micromanage the children’s diet in your home.  It’s your job to ensure that they have an appropriate diet while they are with you.  If you continue to have concerns about the types and amounts of food the children are consuming in your home, then I’d suggest that you should have an actual discussion with their doctor or with the dietician.

I feel sometimes like every step I take forward he rushes to push us three steps back.  I make every effort to have him fully involved – and he takes the opportunity instead to try to make me look bad.

I know this isn’t the way I should look at it.  I have to reframe my thinking.  I gave him numbers.  He read the numbers and stopped overfeeding at lunch time.  It’s a small step – but it is a step.  And for now, Puck is no longer “at risk”.  He’s making healthier choices – both with food and exercise.  Even if his father isn’t taking responsibility – Puck is.  And I need to celebrate that.

2014-10-20
Previous Post: Childhood Memories of Hallowe’en and Other Things
Next Post: Halloween: My Ex Is Into Tricks, Not Treats!