This Mother’s Day is going to be a little unlike any I’ve spent before it.  I have celebrated many a Mother’s Day as a daughter.  I’ve been lucky over the past eight years, to celebrate it as a mother with both my son and then my daughter.  But this Mother’s Day especially, I am going to spend being especially thankful for a woman, a mother, who I never had the opportunity to actually meet.  I woman who I am thankful for every single day.  Because this year, I’m spending Mother’s Day with her son.  And this year, I’m celebrating Mother’s Day with the grandson she never had the opportunity to meet.  My son.  This year, I’m celebrating the woman who would have been my mother in law.

If popular literature is to be believed, I’m not actually supposed to have even liked my mother in law.  I really don’t think that would have been true.  I’ve met and become friends with all three of her children.  And I’m sure, if she were still here, she’d be so very proud of the way that she raised them.  All strong, healthy and independent.  All very smart.  One a police officer, dedicated to serving the people. One works in government – and works to keep the environment safe.  And the third was independent enough to move to another country, get a job, and learn a new language.

I’ve heard stories about what an independent woman she was.  That she had a keen sense of wit, that (like myself), may have been a bit on the dirty side.  She owned and managed her own business.  She helped her employees, all women, to be independent.  As a youth, she got kicked out of a few private schools.  She smoked.  She drank.  And then she became a mom.  (I understand she didn’t stop drinking and smoking…but it was at a time when that was still acceptable and was done most of the time in moderation).

I’m grateful that she taught her children to be thoughtful, independent, and kind.  My husband made it to age 50 before having any children of his own – but she raised him to be a very loving man.  He took on me as his wife, and two children who were not related to him by blood, but are now as much his own as our son.

I’m grateful that she inspired a sense of curiosity and wonder in her children.  I’m grateful she taught them a love of the outdoors, and a love and respect of animals.  I’m so thankful that she taught them how to manage their money and be responsible.  She taught them to understand the value in people, and that “things” are not important.  She taught them to say please and thank you, and to keep your elbows off the table and chew with your mouth closed.  And finish everything on your plate.  All things that my husband will be teaching to our children.  Wisdom passed from his mother.

Above anything else, this Mother’s Day, I wish I could be thankful to her in person.  I’m sure she would be the shining star that her children raise her up to be.

But as I can’t thank her in person, this weekend, I will spend some time being thankful for my mother-in-law. 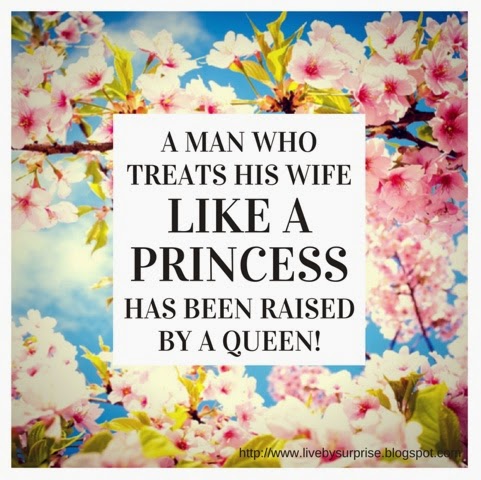