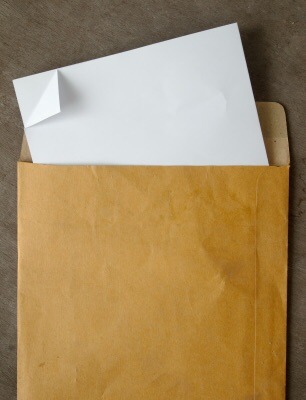 My son is entering Grade 5 now – and with daycare under our belt, I have about 9 years of co-parenting and dealing with the children’s carers. I wrote a bit about it last year.  You’d think by now that I’d have it figured out – but nope. Each year is completely new – and each year there are innocent people who get thrown into our mess.

School started yesterday – and along with requests for supplies, notes about medical care and agendas, my son’s teacher sent a note asking that we write her a letter about him and what we expect over the next year.  Great I thought – an opportunity for me to provide some constructive information about my ex and how this whole school thing goes.

I started the letter with some information about my son.  He has learning difficulties, but he’s a bright kid and he’s worked hard this summer (while in my home) to combat summer learning loss.  I also said that we try to be very open with him and his learning team – and we’re glad to have her on it.

And when I was done with that…I did something I don’t normally do.  I wrote a long note about my ex and how his inability to communicate with me will affect her.  This is what I said:

On a more serious note, Puck’s father and I are divorced, and I have some difficulty communicating with him as a result.  Due to these issues, all of our communication is done in writing.  I make best efforts to ensure he’s kept in the loop on everything school related, but I don’t always receive information that’s sent home when the children are in his care.

After a couple of years of trial and error, we’ve found it’s best if two copies of all documentation are sent home (one for me and one for him).  Puck’s father has also insisted he be able to pay “his half” of everything on his own.  Usually this means I send in whatever form with my half of the payment, and he sends in his at a later time (after I’ve advised him of the amount).

I should also note that all forms that require a legal signature need to have my signature, as the children’s primary guardian, to be final.  The children’s father sometimes forgets and sends the forms in without my knowledge or consent.

Sorry to burden you with this so early – our situation is fairly well known with the children’s learning team and the Special Education Teacher and the Principal or their teacher last year can provide more information if needed.

If you have any questions, or you don’t receive a communication from me when you think you should, please flag me either with a note or a phone call.  Sometimes communication gets lost.  (I promise, despite how it sounds, I actually am a very reasonable person).

I’m sure that the children’s father will be communicating with you shortly.  We’re both trying our best in our own way to ensure that we’re involved with the children’s education.  I hope we have the opportunity to talk soon.

I tried very hard  not to be accusatory – as I’d like her to come to her own conclusions.

It was a hard letter to write.  And then I read it.  I read it with an eye of someone who doesn’t know my ex.  And I realized that if you’d had no warning, I don’t come off looking very well in this letter despite my best efforts.

So, in the end, I decided to do what I’ve done in the past.  I didn’t send the “extra” information in the letter.  I’ll let the other teachers at the school warn the new ones.  And if not, they’ll eventually figure it out for themselves.  They always seem to.

Are you divorced?  How does the transition to new teachers go for you?