The Grandmother Diaries:  Neighbors and Friends 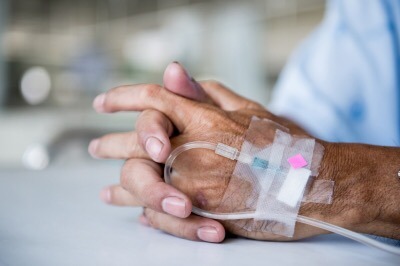 Hot – got cloudy.  Lots of humidity.

Man from across street came over and told me his whole history.  He talks with German accent. Hard to understand.  His wife and son died in concentration camp of hunger.  He married again and has daughter who left her husband & drinks.  She has a son.  He doesn’t get along with her.  He has lots of money from transport business.  He has it tied up so that when he dies his grandson gets it bits at a time.  Poor man.  He is very lonely.

As it happens, I remember the German man across the street.  Gran thought very fondly of him.  One day when I was there, she sent me across with a plate of cookies.  Thinking back on it, I don’t think it was much after this diary entry.

I remember standing on his long wooden porch at the screen door – it was a warm day.  I knocked on the screen – there was no bell.  The inside door was open and I could hear him speaking in German.  I assumed there was someone with him, and maybe he couldn’t hear me.  I knocked a couple more times – as Gran was rather insistent that I bring them over, and I didn’t want to leave them on the stoop.  About the third time I knocked, he came out and yelled at me.  He was a large man.  He looked angry – and I was very intimidated.  He said he was on the phone and didn’t wish to be disturbed.  I stumbled out that my Gran had sent me, and pointed across the street to her house.  He grabbed the cookies out of my hand and turned back into his house.  I don’t think he even said thank you.  I was a slip of a thing at the time, and was rather upset by the whole thing.  I don’t know that Gran talked to him much after that.

I don’t remember all of her neighbors.  The man next door was nice as I recall.  He would mow her lawn.  A young man.  And across the street, after I’d grown up and moved out, there was a couple a  little younger than my father.  They also had twins – a boy and a girl, who had moved out and were starting to have children.  They were so kind to her.  The wife, Reta, would often make extra food and bring it over for Gran’s supper.  And the husband, Brian, was forever coming in and fixing things.  I know Gran enjoyed the company.  As she got older, it was more difficult for her to be in large groups.  She had a hearing aid, but never wore it properly.  It was hard for her to hear and understand.  Reta would come over and they’d turn off the TV and have a chat while Brian was fixing whatever needed fixing.

It was good for my father as he’d recently moved farther away and wasn’t visiting as often.  Gran’s sister (who had lived down the street) and her daughter were dead.  My father and I were all she had.  And we weren’t speaking to each other.

The day that she fell ill, she’d pressed her medic alert button, and the company called Reta.  She ran across the street to help and made sure Gran got onto the ambulance and contacted my father.  Gran was fairly gravely ill.  I’m sure that button, and Reta, saved her life.

My father didn’t make any attempt to contact me.  I didn’t know Gran was in the hospital or anything was wrong at all for three days. I was about nine weeks pregnant.  Gran knew.  My father didn’t.  Reta called me on the third day after my father told her he wasn’t going to.  I rushed to the hospital.  Gran was in a very poor state.  The nurses hadn’t been given permission to tell me what was wrong – so I sat with her for a few hours.  She was in and out of concsiousness.

While Gran was in the hospital, Reta had gone to visit her too – and Gran had a fit.  I gather that in her altered state of conciousness the day she got sick – she actually though that Reta had come in to try and kill her.  It was a very vivid hallucination.  And the morphine they gave her in the hospital only cemented the impression.  She got very upset every time Reta and her husband came to visit after that, so Reta just stopped going.  I pleaded with Gran, and tried to explain – but Gran was a bit stubborn and insistent.  I sent Reta a card thanking her.  She’d moved by the time Gran died.

I found out later that it was a bladder infection.   It almost killed her.  On the third day, after the hospital, I miscarried.  It was my second miscarriage.  I didn’t get out of bed for over a week.  By the time I did, my father had put Gran into a nursing home and was in the process of selling her house.

Poor Gran.  I remember her holding my hand when I told her.  She was twenty eight when her children were born.  I don’t know if she’d been pregnant before or after.  Perhaps she was.  But she was very comforting.  I remember looking at her hand and holding it tight.

I wish I’d made more time for her.  I wish I’d visited more often.  I’m so glad she had neighbors to look out for her, even if in the end she didn’t recognize them for what they were – friends.