Am I Good Enough? What Would My Mother-In-Law Have Thought? 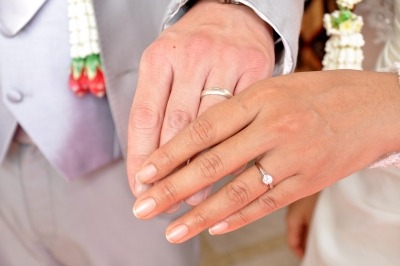 I’ve written a few times about what an amazing woman my MIL was and how much I would have liked to meet her. I must admit though – I sometimes wonder if she would really have liked me.

A friend of mine posted the other day that it’s the drunk family gatherings that remind her where she came from – and what her in laws really think of her.

Hubs has told me about his aunt’s relationship with her daughter in law. Honey* was never good enough for Ralph. So much so that his aunt didn’t go to the wedding. Even now, almost thirty years later, they can’t be in the same room together. It didn’t appear that there was anything that Honey had done. She just wasn’t good enough.

I met his aunt on our trip to Amsterdam. The disdain on her face when her DIL came up was palpable. She as much as spit her name out. Even though this lady has stayed out of her way pretty much for the last thirty years. Even though her husband visits his mother weekly to this day. Without her. Even though she birthed and raised Aunty’s two handsome, well behaved grandsons. Aunty will go to her grave cursing her. Of course there’s no way to know now – but I wonder if there is a woman who could have met Aunty’s standard for her son.

I’m no angel. I think I’m keen enough, smart, funny. A little introverted maybe. I’m sure my past and the speed of our relationship may have startled MIL. The baggage of two kids and an ex husband certainly wouldn’t have helped.

That being said – Hubs had a past when I met him too. His split with his first wife was amicable. He’s been through a few women in between – including another significant live in relationship that was ending as I entered the picture. He lived the fast and high life for a long while – good food, good wine, exotic travel – no kids and no responsibilities beyond the dog.  He’d settled a bit by the time I came on scene – and much more since then. He’s a very solid man. Dependable.  I know she would be proud.

I am certain she would have fallen in love with our son. And my FIL has accepted my older two as his own grandchildren. He’s fiercely protective of them. I’d like to think that she’d be the same way.

Maybe it’s my own insecurities. It’s an interesting line of thinking – but the sad truth is, I will never know the answer. So I think for now, I’ll just trust Hubs – who insists she would have loved me to bits.

*Names have been changed.

2015-10-16
Previous Post: The Grandmother Diaries: My Kids Are My Life
Next Post: The Only Way to Win is Not to Play