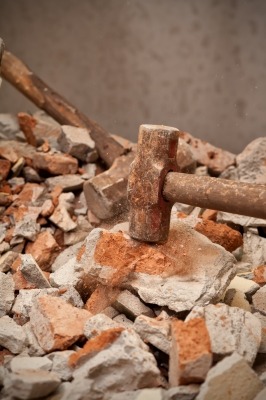 I am at a good place right now. Although I continue to struggle with my ex husband, the kids are good, my marriage is great, I have a job that pays well, I live in a great house, I’m writing, and overall, I’m pretty damn happy.

I smile. A lot. And laugh. And have fun.

Five years ago, I wasn’t in this place.

After I was divorced, I was damaged. My ex was pretty much my first and only significant relationship. I met him as I was finishing university – and, being a late bloomer, he was the only man I’d ever had sex with. I was young and optimistic when we got married. I saw his cracks, but thought that I was strong enough to fix them. I spent ten years struggling to be a “good” wife. He found me to be a willing victim. I submitted, most times bending to his will because it was easier than fighting him. I tried to lift him up even as he was beating down my spirit.

Even with two years outside of that marriage, I was still struggling with who I was, and what I had become.

It took me a very long time before I was able to think about dating again. While (amazingly) I was still “into” men, I didn’t want to form any type of attachment. I was very cautious – and kept all relationships at arms length – ready to bail at the first sign of trouble. There was always a wall. A line I wasn’t willing to cross. While I was open to new experiences – my heart was closed. Not just closed – surrounded by an iron box that had been filled with cement.

I was still reeling from my divorce. Trying to find my feet. I was convinced that I’d end up a spinster – similar to a close female relative (I won’t disclose the relationship in case some day she stumbles across this blog). She’d divorced a violent man who lied and cheated on her. She’s spent the rest of her life alone. I’m know there was a man here and there. But she made similar choices to the ones I was making – men who were unavailable, emotionally or otherwise. I expected to end up in the same place.

Don’t get me wrong – I had a lot of fun. I did some things that I never thought I’d do. I got out of my comfort zone. I attended concerts, spent late nights at bars and restaurants, I did all the things that I should have done in my late teens and twenties. I tasted every flavor in the hopes that I’d find one I really liked.

It was all escape through. I spent the times when my ex had the children trying to forget that divorce meant I’d given up a good portion of the time seeing them grow up.

When a potential real connection popped up, I cut the line and ran. Instead of actually getting on the road to happiness and walking it, I was cautiously peering over my walls through a pair of binoculars and a gun.

When I first hooked up with my current husband (Hubs), my heart wasn’t open. I actively pursued him because I’d pegged him as “unavailable”. He was a man that I worked with. He’d been in two relationships (including a marriage) that didn’t work out. The last one was still in the final throes – although it was over in spirit, they were still living (at times) in the same house. Despite that – he was intelligent. Challenging. Witty. Charming. Attractive. And there was a spark. One that I’d assumed to be purely sexual. If I was looking for something exciting that wouldn’t go anywhere…this appeared to be the ideal choice.

As we approach the five year anniversary of our first date, we’ve spoken many times about how we came together. He knows what a dark place I was in when we first met. He knew it was a risk to date someone that he worked with – someone who’d actually worked for him. But unlike me, he says that he approached our relationship with his heart open. He made himself vulnerable in the hopes that the spark that we’d both felt was more than sexual attraction.

Hubs tells me that for him, it was our first date that changed everything. It cemented his belief that I was a worthy candidate for a long-term relationship. He sealed it with our first kiss.

I was still blissfully unaware. I thought I’d made a good choice in terms of a potential Friend With Benefits (FWB). He adjusted his schedule so we could spend time together when I didn’t have the kids. I focussed again on my continuing regret that my children were not with me, and soothing that hurt.

He spent all of that time quietly chipping away at the cement around my heart. We had long talks. We discussed our dreams. We had in depth political conversations. We talked about family. Our childhoods. Our divorces. And with each chip, the walls started coming down.

I wasn’t ready the first time he told me that he loved me. I couldn’t say it back. He believed it when he said it. I didn’t. I wasn’t prepared for it. I was still in my box, holding him safely outside it. I didn’t trust myself. I know it must of hurt when I didn’t respond. But he kept at it. He waited a few weeks and he said it again. This time, I said it back. To my surprise, I meant it.

Lately, I’ve had a few friends who are heading down the other path. Their divorces are fresh, and they’re making bad choices. Taking risks to drown out the pain. Moving on to the next relationship before they have the time to look at how they ended up where they were last time.

I look at them through my own lens – and I wonder – if Hubs hadn’t kept at it – would I still be doing what they are? Did I just get lucky? I eventually did choose to take down my walls – but only on his insistence. I don’t know if I would have done it on my own. I was so broken, I didn’t think I was worthy of love…even my own.

Looking back on it, I know that as Hubs was chipping to get in, the woman I am today had a hammer too…and was chipping away too. Five years have passed since our first date. I have come so far since then. The woman I am now would never have ended up where she did.

I feel worthy of his love. I hope that my friends can get to a similar happy ending…but I know that they’ll have to work on their own walls.

2015-10-12
Previous Post: The Battle to Eliminate Mesothelioma and Asbestos-Related Disease
Next Post: The Grandmother Diaries: My Kids Are My Life