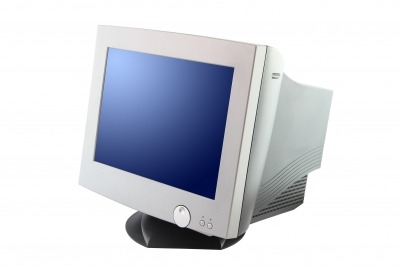 The BlogHer prompt for today is:

What do you do better than anyone else?

When I was in college (mid nineties), computers were just starting to be a basic necessity for students. You could get by without one if you were willing to spend some time in the computer lab, but if you had a lot of essays to write, you were really better off having your own.

Back then, laptops were big clunky things that constantly overheated and weighed about 20 pounds. Desktop computers were even bigger – with huge CRT monitors and weighty towers.  They were just starting to become “affordable” – and most of them had very little memory and bad graphics.  They had a very small fraction of what even the most basic smartphone has for data and applications today.

At the same time – we were just entering the age where computers were starting to be used by non-technical people. Just prior to that time, computers were used mainly in research settings or by tech nerds building their own systems in their (or their mother’s) basements or garages.

To own and use a computer a that point, you had to have a technical type of personality. The interfaces weren’t quite as idiot proof as they were today.  I was fairly technical. After getting the Bachelors Degree in Social Studies I was working on at that time, I went on to take a diploma course in Computer Programming.

So, as I was holding a full time job in my first year, I decided to put out the money and get a good desktop computer to write my essays on.

There was no Best Buy back then, and Walmart wasn’t carrying every type of computer under the rainbow. You had to find a computer store, and go in and build your own.

I was about 18 years old at the time. I probably looked about 15. But I’d done my homework and knew what I was looking for. As it happened, I was spending the weekend with my father. So he came with me to the store.

There was one clerk in the small store as we entered. He was serving someone else. As we waited, I started reading the product descriptions and my dad stood there, looking slightly bewildered by the whole experience. At that point, he hadn’t quite mastered programming the clock on the VCR. He had no clue about RAM, floppy disks or sound cards.

The clerk finished with the person before us and rushed over to help – my dad. Looking right at my father, the clerk asked what he was looking for. My dad took charge and said “My daughter is looking to buy a computer for university”, turning to me and hoping the clerk would take the hint. The clerk was apparently unphased and continued to address my father. Was there a specific system he was interested in?

Needless to say, the clerk lost the sale that day.  I’m not quite sure if it was my young age or the fact that I was a woman that put him off.  But from then on, I never brought a man with me to do something I was perfectly capable of doing myself (including my first car purchase).  So the one thing that I do better than anyone else – is know what I want to buy and when I want to buy it.  So don’t ask the person with me what I want.

Have you ever been in a similar situation?  Tell me in the comments!

This is my twenty-third blog post for #NaBloPoMom, #NaBloPablano and the Yeah Write Me NoMo Challenge.