Nonsense from the Goblin King 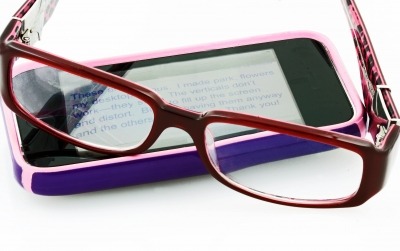 The Goblin King (my ex) is escalating again.  Our agreement with the mediator was that we’d send one e-mail per exchange, detailing any pertinent information regarding the children.  Yesterday, I received three.

The third one could have easily been dealt with, but it’s now gotten into the area of bizarre.

The first e-mail was:

I sent You a Birthday invitation for Flower last week. They want too know if she will be attending. Will she? This was emailed. Let me know so I can inform them. I need too tex today.

(Sorry…if you’re catching up on the Goblin King, an explanation of his writing – which is verbatim above – can be found here).

Well that’s all well and good. Except I didn’t receive an e-mail with a birthday invitation last week. I even went back to see if I’d missed it, and I checked my junk e-mail box.

As I said, it was the third e-mail of the day, and responding back to the Goblin King quickly only generates more e-mails. So I waited overnight (and received a fourth e-mail in the meantime), and responded the next morning with:

I have not received a birthday invitation. This is the first email where you’ve mentioned a birthday party. As you have not provided any other information, I am unable to answer your question.

Instead, I got back:

Under normal circumstances, as above, I wouldn’t e-mail back right away. But considering my daughter is already likely a social pariah because of her father, I assumed that he didn’t understand I hadn’t received it, and sent:

I never received your email.

And then got back:

Sorry but I don’t believe that. As it does indicate it was sent. Should I verify if the NSA Got it.

Yes…I do hope this is a joke, but I suspect that he actually thinks that the NSA is monitoring his e-mail. Hopefully, they don’t show up at the party unannounced.

And then I got:

I suggest you tex message xxx-xxx-xxxx right now.   As she needs thus info either way.   Don’t state that I didn’t provide info, as I will show them the Email sent to You. Meaning don’t make us both look bad!  If this becomes the case.   Flower also informed me that She notified You of this Party?

Right…so he knows that showing her an e-mail he says he sent to me but I say I haven’t received will make us both look bad.  But he’d still show it to her.  That sounds very smart.  For the record – Flower did tell me there was a birthday party coming up – and she’d be getting an invite soon, but I hadn’t asked her who it

I wasn’t sure who the party was for—but given whoever it was has his e-mail address, there were only two likely options.  And I know that the second child’s birthday is in January.  So I texted another friend who’s child would likely have been invited to the birthday party.

Turns out the party is this weekend.  She passed me on the other parent’s text number (which by the way was off by a digit in his e-mail) and I texted a note to apologize for the late response and that, unfortunately, Flower can’t go (she has swimming lessons at the same time).