Sunday Confession – Does Not Work Well With Others 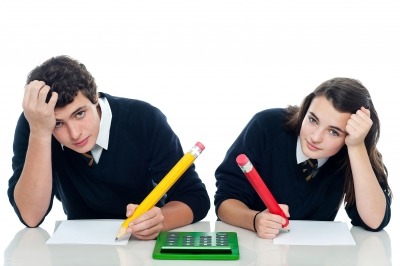 I’ve never worked well with others.  My mother would tell me every time she had a school conference that it was a skill I needed to work on. I did.  But I don’t think I ever mastered it. I’ve always been more of a leader than a follower.  I’m just an independent soul.

I have no desire to become manager though.  Even though that would mean I was the leader, I’d really rather work alone.  I don’t like conflict. I deal with enough of it with my ex.  I can’t see potentially putting myself in a position where there could be a conflict with an employee.

I’ve found that I have difficulty relying on others.  Even through college, I found that team work usually meant I shouldered the burden of the work, and everyone took credit.  I hated it.  I’d rather get full marks for the work I’d done on my own than get marked down because I was assigned a crappy team mate.
At Puck’s parent teacher interview the other day, the teacher suggested Puck had trouble with groups too.  She said that in groups he sits backs and doesn’t see motivated to contribute unless she steps in. And when she steps away, he checks back out again.  So…my son is the crappy team mate.

I hate to point fingers…but the attitude is much like his father’s. He was always content to ride on someone else’s coat-tails, and not contribute.  That actually defined much of our marriage.  And it probably also contributed to our divorce.  I got a better deal, in part, because he wasn’t willing or able to contribute to the conversation.  If we had remained married, I have no doubt that he would have depleted his retirement savings, retired early anyway and expected me to support him into his old age.  So yeah…my ex is also that guy in the group that I always hated.

But I can’t put it all on my ex.  I don’t work well with others either.

For my sons sake, I hope he can find that happy medium.

This is my twenty-ninth blog post for #NaBloPoMo, #NaBloPablano and the Yeah Write Me NoMo Challenge.