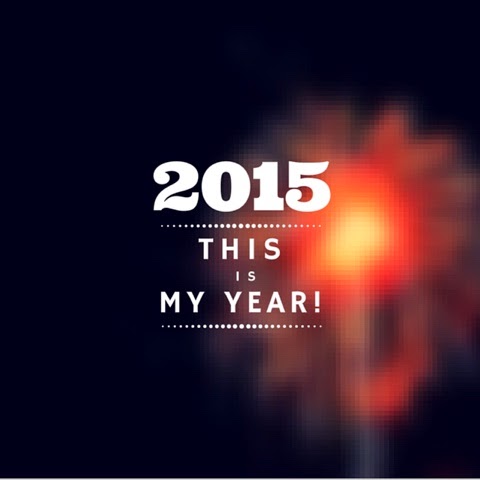 If you’ve been following me for a while, then you’re probably aware of my girl crush on Tamara Bowman from Tamara Like Camera.  She does a questionnaire at the end of the year, a review of what she has become.  I’ve enjoyed this year of her blog especially – she’s made some great strides on the business side – and her growing family are just the cutest.  I asked and she said it would be alright if I borrowed her questions…so here is my (borrowed) year in review.

I got paid for writing. Well…ok…part of my day job involves writing…so getting paid for writing isn’t new. But having someone appreciate my writing enough to pay me for it is new to me. It’s opened some new doors to do things I hadn’t truly considered before. I did NaNoBloMo. Next year I might NaNoWriMo…and start my first book.

Did you keep your new years’ resolutions, and will you make more for next year?

Nope.  Appears I had planned to get a new job, take my son ziplining and white water tubing, and make a stop in Vegas.  I may make good on the new job goal – I have an interview early in 2016.  I did take my daughter indoor skydiving.  I still plan to make it to Vegas, and we will do the ziplining and tubing.  Just hasn’t happened yet.

Did anyone close to you give birth?

For the first time in a while, no new babies in the family. There are six women I work with who are either pregnant or have given birth this year. A few of the same ladies who had babies the same year Bae was born.  I look forward to meeting them.  And I’ve just found out that one of my cousins is expecting in 2016.

Did anyone close to you die?

We weren’t incredibly close, but I wrote of my Great Aunt Jill dying in August. Her daughter told me at the funeral that her mother kept my letters.

What countries did you visit?

I went to Québec, Canada this year. Hubs and I rekindled our romance for the fifth anniversary of our first dirty weekend together.  Sadly, that same weekend there was a tragedy in France.
What would you like to have in 2016 that you lacked in 2015?

I really can’t complain about anything. Life is good!

What date from 2015 will remain etched upon your memory?

This is the year I turned forty. It was on my fortieth birthday that I found out my first piece was accepted to ScaryMommy. I am immensely proud of that.  It validated me in ways I can’t even describe.

What was your biggest achievement of the year?

This year, I called myself a writer.  Even if only to myself.  I’m going to keep working at it – I’m taking a writing course starting next month and I may even nip out to a blogging conference.

What was your biggest failure?

I seem to keep slipping into the same role with the Goblin King. As much as I promise myself I won’t get drawn in, I still do sometimes.  But I keep recommitting myself to being the better person. And it’s working.

Did you suffer illness or injury?

I had another car accident. Eight now. I’m more wary of the car and driving. But thankful that Hubs does most of it. I had some minor back issues that lasted for a few months. But I got back into yoga – and that has helped immensely.

What was the best thing you bought?

I got a moose nightgown. I love it.

The only one who misbehaved regularly was the Goblin King.

Where did most of your money go?

We took a last minute trip to NYC in June.  It was wonderful.

What song will always remind you of 2015?

Hello, by Adele. Not to be confused with Hello, by Lionel Ritchie. Although I still have to listen to both of them together.

Compared to this time last year, are you:

Happier or sadder? Happier.  Without question.

Thinner or fatter? I don’t believe this really matters…but likely a few pounds on the plus side.

Richer or poorer? Richer. And not just money. I feel like my life is getting richer and I’m living more fully than I ever have before.

What do you wish you’d done more of?

I wish I had more time and money to travel.  I’m very slowly working on my bucket list of travel destinations.  I may make it out to the East Coast in 2016.

What do you wish you’d done less of?

Negotiating with the Goblin King. Unfortunately I don’t think that will decrease in 2016 or a few years beyond it.

I fall more in love with my husband every day. Does that count?

How many one-night stands?

None. We got two night stands last year when we got our new bedroom set and have no need for more. 😏

Who were your best friends?

My husband and my kids. They are my life.

What thing did you do that was meaningful to others?

I continue to participate in an amazing movement started by the amazing Lizzi Rogers called #1000Speak. I truly believe that this type of positive thinking can change the world.

What were your favorite TV programs?

Do you hate anyone now that you didn’t hate this time last year?

I like to think I don’t hate anyone. Even the Goblin King.  He gets my anger – but I refuse to let him make me into a person who lets blackness into their heart.

Order of Seven by Beth Teliho.  I can’t say enough about this book.  And I have a slight girl crush on Beth.  And Baron.

What was your greatest musical discovery?

I’m still partial to this.  I put it on in the car and let the music carry me.

What did you want and get?

I got three new dresses for Christmas.  And two red sweaters.  I’ve never had a red sweater before.

What did you want but did NOT get?

This Elf shirt.  I may get one anyway.

What was your favorite film of this year?

I’m not going to see it until tomorrow, but given what I’ve heard, I’m safe to say the new Star Wars movie.  Yes, I know I’m the last one on the planet.  And a horrible mom. I’ll get there. Promise.

I also enjoyed Woman in Gold (I have a copy of Klimt’s “The Kiss” and “Hope 6” in my upstairs hallway.

And Minions has been on repeat in our house since it came out.

What did you do on your birthday, and how old were you?

I spend a week in a cabin the mountains with my family for my fortieth birthday.  It was amazing.

What one thing would have made your year immeasurably more satisfying?

If the Goblin King would behave, my life would be immeasurably easier.  But then I might not have so much to write about.

What kept you sane?

My husband and my writing get full credit for my sanity.  My children…not so much.  Definitely not the Goblin King.

Which celebrity/public figure did you fancy the most?

What political issue stirred you the most?

There were so many this year.  Planned Parenthood.  Gun control.  Kim Davis.  Donald Trump.  Syrian refugees. I don’t think I could pick just one.  Maybe #RedCups?  (Tongue fully in cheek).

Who did you miss?

I missed my Gran a lot this year.  Reading her diaries brought back some unexpected memories.

Who was the best new person you met this year?

I haven’t actually met her IRL but Elly Lonon from Buggin’ Word and her friend Luke the Uke – and The Ruckus Girl Charlotte McMullen are my new favorites.

Tell us a valuable life lesson you learned in 2015.

I’m learning patience. Slowly.  But I’ve found a number of times this year that taking my time instead of immediately reacting is beneficial and things have worked themselves out.

Quote that sums up your year.

Tolstoy said “The two most powerful warriors are patience and time.”  I’m glad I have them on my side.