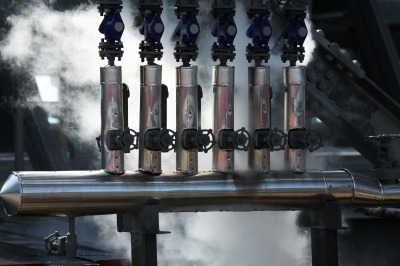 The pressure builds and builds.  I long for release.

The pragmatic part of me knows that this loss would hurt the children. I know they love their father. But the wistful part of me believes they’d be better off not to seeing the constant struggle.  If he was gone they would also be released from the prison I find myself trapped inside.

It’s like we’re on two sides of a canyon, each holding on to a rope, pulling as though our lives depend on it. I try to let go of the rope. Sometimes I’m successful. But somehow it always ends up back in my hands again. I don’t know if I’m picking it up, or he’s placing it in my hands – it seems like I let it go and it appears magically.

The latest episode isn’t even really my fight.

He’s written a long note in Flower’s agenda – an attack directed at the teacher because Flower told him she needs a new glue stick at school. Seems he may be under the impression that the school provides these items. He also seems to think that the teacher has refused to give her a new one. Instead of talking to the teacher to see what needs to be done, he attacks. “I don’t know what you problem is.” Threatens her. “Maybe we need to take this to the office.” All over a glue stick that I can pick up at the corner store for pocket change.

I don’t know what to do.

I sent in a glue stick and offered an apology. I don’t know why I need to apologize for him or his behavior. We’re not married.  If anything, the paper that bears the signature of the judge should absolve me of any guilt.  I bear no responsibility for his actions.

I wait for the piano plane to fly by…