What If…I Could Work On TV? 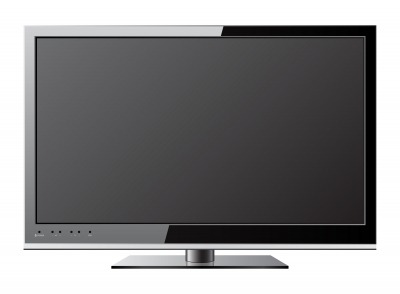 Sometimes I like to fantasize about my dream job.  Selling coconuts on the beach would be interesting.  Especially as it’s getting colder.  Sometimes I think about that.  But it would mean walking all day (which I like to do, but would make my leg sore)…and I don’t imagine you’d make much money selling coconuts.

Well…it almost goes without saying that I’d love to work on Doctor Who.  I actually have an idea brewing for a Doctor Who Adventure…and it might be my first book.  Maybe.  But when I think about working on Doctor Who, I imagine all the interesting jobs there must be on that set.  The set designers – who create the amazing sets every week.  Or I could be a Doctor Who villan.  I’d make a great Cyberman, and I’ve got a good Dalek voice.  I wouldn’t want to be one of the main characters…but I’d love to be one of those blending into the background folks.  I’d love to caress the TARDIS console.  If only for a minute.  Although I would have made a good Osgoode – I already have the scarf and the glasses (hey…I just thought of a good Hallowe’en costume).

Really – doesn’t this look like the most fun ever?

Sesame Street is another show that I can’t imagine wouldn’t be fun to work on.  I’ve been in since the beginning – the show is just a little older than I am.

The people who work on Sesame Street also have a wide variety of jobs.  I imagine there’s a lot of behind the scenes work – study and design to discover what works best – what helps children to learn.  There would be script writing.  Set design.

And yes…I know…they’re puppets.  But I’d so enjoy spending time with Elmo on his tricycle.  I’d have tea with Big Bird in his nest.  I may even venture down into Oscar’s trash can…

If I worked on the show, I’d be the idea guy I think.  The one who came up with – why isn’t there an openly gay couple on the street (aside from Bert and Ernie…)?

I grew up with the original Muppet Show – and although it took me a few episodes to warm up, I’ve been enjoying the adult re-jig The Muppets.  Joseph Gordon Levitt, Chelsea Handler and Kristin Chenoweth are all my contemporaries – and all have been recent guest stars.  I’m totally jealous that they got to hang out with Kermit and the gang.  I’d love to play poker with Scooter and Gonzo.  Or do Karaoke with Sweet’ums.   At the risk of dating myself a bit, I can remember watching Kenny Rogers and Elton John on the show (god – he was fabulous.  He was practically a Muppet on his own with his flamboyant outfits).

True story – I found out recently that Jason Mraz (another of my faves) did a cover of Kermit’s The Rainbow Connection.  It’s like my two favorite things have finally come together.  It’s peanut butter and chocolate time.  Except…I couldn’t get the song on iTunes.  Amazon didn’t have it on it’s own either.  So I spent way more than I should have and had a CD shipped (I can’t even remember the last time I bought a real CD).  It was a kids CD…called For the Kids Too – but I just wanted the one song…it’s on my playlist with Hello (Adele), Hello (Lionel Ritchie), Happy (Pharrell) and a little bit of the Tiny Dancer.  All that to say – I credit my love of (slightly eclectic) music in part to the Muppets.

Wow.  That escalated quickly…didn’t it?  Although I’m cheap as hell and we don’t have cable, so I’m not caught up on the current season, TWD is another of my favorites.  I’ve boned up on my zombie killing skills – with my bum leg, I have to have a strategy ready in case of the zombie apocalypse.

The kids are way to young to watch it, but Flower is totally into zombies.  We’re going to do a 5K zombie run together sometime next year.  So I’d love to work in the make-up or prop department of TWD, just because it would be awesome.  And I may have a bit of a thing for Daryl.

For me, all of these shows allow me to stretch my imagination, check out of today.  I love a good book too – but TV has given me weekly visits with characters that I feel like I know so well, we’d be good friends in real life.

What about you?  Is there a TV show that sets your imagination on fire?  A character that you relate to so well, you’d like to invite them for a barbecue?  A childhood favorite that’s survived into adulthood?