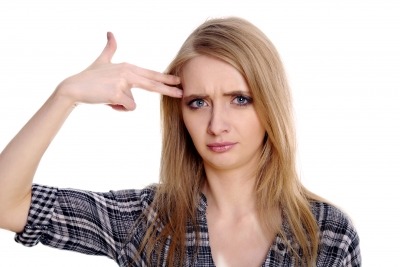 Sometimes the fame is because of something cute. Like the “Charlie Bit Me” YouTube video. The money that the family has made from that video is helping to put those kids through private school. There is still media attention eight years later.

And then there’s what I like to call “internet INfamous”. Those who make a sometimes innocent mistake (and sometimes not) – and get vilified and attacked. I’m talking more about Walter Palmer, the dentist who shot Cecil the Lion, or the @HollyRFisher, dubbed the “Jihad Barbie” after she posed in front of an American flag with an assault rifle and a bible in a tweet. While I don’t condone their actions in any way, I do believe that they both got caught up in something that they didn’t expect. There were death threats to them both as a result of their photos, and Walter had to go underground and close his dental practice as a result of the attention (and he faced potential charges). I think this is taking their infamy a bit too far – but at the same time, I do think that they have unintentionally triggered discussions about very valid issues.

A recent viral Christmas photo of a family of five, with mom and daughters front and center with tape over their mouths rubbed me the wrong way. I’m sure to their minds, the Peace on Earth family and their photographer thought it was just a funny Christmas card. Personally, I think the whole thing is in very poor taste.

My post on Mock Mom is a satirical look at the issue. But in reality – it is intended to continue the discussion about why photos like this get my back up.

How do you feel about the photo?  What do you think about internet infamy?