The Grandmother Diaries:  My “Great” Aunt 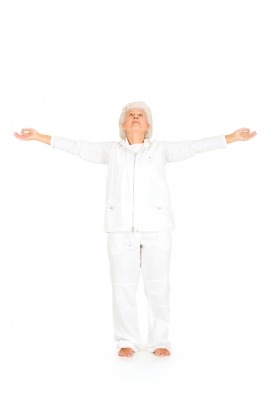 If you’ve followed my Grandmother Diaries, you’ve “met” my Gran.  All my life (and most of hers), Gran’s younger sister Minerva lived a block away.  I’m not quite sure how it happened…my Gran moved into the house she was in most the time I knew her after my Grandfather died.  I never knew him – he died when my father and aunt were fourteen of appendicitis.  Minerva must have moved shortly thereafter (or maybe before?) into a small two bedroom house with her husband.

Minerva was best described as quirky. She was the embodiment of the kooky childless aunt that almost every child has.  She never worked.  She always had several cats.  She smoked like a chimney. She didn’t learn to drive until after her husband died. Even then she only drove to get groceries with my Gran and go bowling. When she learned how to drive, well into her sixties, it was a bit scary because she’d get distracted fairly easily. I always think of her like a cross between Lucille Ball and Angela Lansbury. She was a little absent minded – yet always properly dressed with her hair done when in public. I remember many a night when she had her hair up in curlers and a scarf. She had a lovely sense of humor (or, quite possibly, was too polite not to laugh at my corny kid jokes).

I don’t have very many memories of her husband.  I know that Edgar was a boxer in his youth – and he did quite well.  There were photos of him and medals in her home. I remember him being quite tall and very thin – but very strong. He was quiet and gentle. I think she did all the talking for him. He used to hold a dollar up and tell my sister and I if we had the reflexes to catch it between our two fingers, we could keep it.

I believe he worked in an appliance factory before he retired in his early sixties.  He died of lung cancer when I was about eight not too long after his retirement.  What a horrible disease.  He wasted away very quickly. Minerva though kept smoking…even though she knew that was likely what killed him. Part of me wonders if it was because my aunt wanted to join him. If that was her aim, it took its time to work.  Minerva was several years younger than he was – and lived into her early eighties. She used to walk a lot. And I can remember her getting into Tai Chi – she’d do it in front of her television.

Aunt Minerva was always happy.   From birth.  Always saw the bright side – although with her own little quirk. When my dad and his sister were a month away from birth, my grandmother suggested she couldn’t figure out why she could feel poking on both sides of her belly at the same time. This was in the forties – well before ultrasounds. Twin births could be detected – but not always. Auntie helpfully suggested that maybe the baby had mutated and had extra limbs.  Gran always laughed as she told the story, but I wonder if it didn’t worry her a bit. My father’s sister came first, and she named her after one of her aunts. The doctor said she wasn’t done…and pulled out my father moments later. She was so tired, when asked what his name was, she asked what the Doctor’s name was. He said his last name…and as a result, my father carried the doctor’s last name as his first.

As they lived up the street from each other, Gran and Aunt Minerva were always in each other’s pockets.  Both widows, they spent their time watching TV, going bowling and playing cards.  I remember them both at family parties at Gran’s house – cigarette dangling from their mouth…cards in their hands. Minerva would come over and do her laundry at Gran’s.

Aunt Minerva was very involved in our childhood. Just before Christmas she’d come up and spend the day in my parent’s bedroom, wrapping all the presents. Now of course I realize why Santa’s handwriting didn’t match my mother or fathers.

When Gran wasn’t available, Minerva was our default sitter.  She took us once for a week once while my parents went to Florida when I was seven. When my parents returned, Minerva had given me a very tight permanent. I looked happily showed off my new hair. My mother almost burst a vein…she said I looked like little orphan Annie. My parents were a little more specific about what was allowed and what wasn’t when we were left in the future.

The small two bedroom house she lived in always had several cats.  One of them was usually very mean and usually black.  I remember it being dark, with heavy curtains. It smelled like cats and cigarettes. As I was allergic, when my parents needed a sitter and for a week or two in the summer, I would stay the night with Gran and my sister (who wasn’t allergic) stayed with Minerva.  I’d take my meds and spend time there anyway. We’d play card games and read the Reader’s Digest in her TV room and have tea. She had a very old game system…I can’t even remember what it was.  We’d play an 8-bit hamburger game on her little TV and eat potato chips and drink soft drinks (which weren’t as accessible at home). She was never the baker that my Gran was. She would make pasta and spare ribs or buy us take out for dinner.

She never worked.  She never had any children. I’m not sure why. She told me once that she couldn’t see bringing a child into the world when it was so screwed up. She was very passionate about over-population and disease and famine. I wonder now if she just wasn’t able to have children, and had built up that wall to protect herself from the questions. She was very good with my father and his sister – a godsend to my Gran after her husband died. She was great with us too – and her face always lit up when there was a baby in the room…

I wonder sometimes if she lived the life she wanted to.  She did always seem very cheerful, but I wonder if she was lonely. I don’t remember her travelling much. She’d go to my aunt’s cottage and one time I think she went to Jamaica with Edgar. But I don’t think she liked planes much. She told me she didn’t have to go anywhere because the miracle of television meant she could see any place in the world. I wonder what she would have thought of the Internet.

She died when I was in my thirties.  I was (am still) estranged from my father, and hadn’t seen her as a result for over ten years. I came across her obituary while reading the paper at work, and crumpled.  Although she’d been absent from my life for some time, I felt the loss freshly. I slipped in to her funeral, leaving before the end so as to avoid any scene.  But I needed to be there. I hadn’t even known that she was sick.

I was more impressed by the loss than when my father’s sister died. I also discovered her death in the paper. I drove to her funeral and sat in the parking lot briefly.  Leaving instead of going in.

There are parts of my childhood and adulthood I regret (even though I try to live with no regrets). I regret that she died without me having a chance to tell her what an impact she had.  Despite her kooky nature – I remember her being very kind and sweet.  And don’t tell my mother…but I loved my perm.

Did you have a woman in your life like my Aunt?