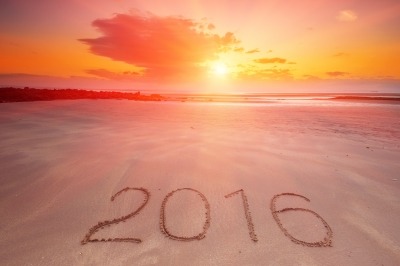 For my first post of 2016, I’ve managed to snag a guest post from one of my favorite new bloggers, an anonymous Canadian who blogs under the name Flight and Scarlet.  We’ve traded posts – you can find my New Years post over at Flight and Scarlet!

The Christmas music has made its exit, and the New Year is upon us. New Years’ resolutions are being thrown around left, right, and centre. Companies are telling us to buy their products and services, telling us, “New Year? New YOU!” As if we should be unhappy with our lives and completely revamp who we are.

I should say I’ve got nothing against setting goals, and a new year does fit for new ones. I’m actually a big goal setter myself — in fact, my big goal at the moment is to take blogging seriously for the entirety of the next year. But resolutions don’t need to wait until the New Year — they need to happen as soon as you think of them. The real skill with goal setting is setting them right away and not pushing them off.

So instead of setting resolutions at the New Year, I look back at the last year and reflect on what I’ve learned. I think about my accomplishments, my struggles, and my relationships. If I had to tell the story of the last year to someone, what would I share? Reflection is more important than setting goals; it helps us remember why we do what we do, and it reminds me of what is important.

This year, I learned that family is more important to me than ever, despite the loss I’ve experienced throughout the last few years. I’ve learned that my relationship with them is reliant on my actions now, not theirs. I finished university, got my first full-time teaching job, and finally became comfortable driving. I spent my first summer away from my family, after moving in with my significant other (also known as G). I’m struggling with adulthood, finding my place in the world and gaining financial footing. I realized that I was sexually assaulted nearly six years ago, and have been struggling to accept that it happened and that it isn’t my fault. Three of my best friends left the country, and I’m trying to create a new life without them. Finally, I decided to quit drinking more than a couple drinks at a time for my health.

So much has happened in the past year, and though much of it was stressful and painful, I’ve learned a lot. Some of it felt like it weakened me, and other things made me stronger. When dealing with the loss of my family, my psychologist suggested I write. I was reminded that writing had always been my way to deal with my issues. I hadn’t needed to write for so long that I’d completely forgotten it. So one day in October, I wrote my first serious post, “It wasn’t really rape.” It was so therapeutic and well received that I started writing more, purely to help myself process everything in my life. Three months later, I’ve decided to take it seriously and make it a regular part of my life.

Before that, I finished university in April. I went straight to full-time teaching for three months. I’d spent the last five years certain that I wanted to be a teacher, and I spent all my energy working toward that goal. Now that I’m here, I don’t even think it’s what I want anymore. All that time, I never stopped to think about what specifically about teaching I liked and didn’t like. I’ve gotten a taste of it now, and I have time to change what I’m doing — especially now that I’ve learned that I love writing so much that I need it — but I would never have realized these things without reflection.

I don’t have a resolution to change my life and become “new,” except maybe to stop focusing on what’s next. I don’t want to change into a new me, because what has happened until now has made a huge impact on who I’m becoming.

Yes, I have goals, but the New Year isn’t my reason for setting them. Goal setting should happen when you are ready to set them, and when it’s reasonably possible to achieve them — otherwise, you will put them off. Usually, if I have thought of a new goal, I need to focus on it right away or else I’ll never focus on it. For you, maybe the New Year is the right time. But most of the time, I find that New Years is the time to appreciate everything I have done and everything life is, right now. Don’t forget about that if you are setting new years’ resolutions.