Death with Compassion:  Where is the Line? #1000Speak 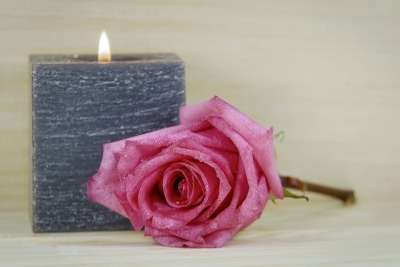 Like most healthy couples, Hubs and I have had discussions about what happens if one of us gets sick. Not so much the day to day. More about our philosophies on life…and death. Of course we have our wills up to date, our financial affairs in order as much as possible, insurance policies to cover the unexpected. We’re both still relatively young, but the actuarial tables are starting to edge out of our favor.

Hubs is an extremely active guy. He walks the dog three times a day, usually logging over six miles a day (according to his activity tracker). It’s an important time for him. It allows him to become more centered. He craves it. His body and his mind get crowded and busy if he’s not able to do it.

I like a good walk too. Or a long bike ride. But I don’t “need” it like he does. I’m perfectly happy to sit in my favorite arm chair for the better part of a day with nothing but a bottomless cup of tea and a good book.

In part, these proclivities drive our feelings about illness and death. After it’s done, Hubs and I agree that a small ceremony with our nearest and dearest would be all that’s required. Hubs wants his favorite song “Somewhere Over the Rainbow” sung by Israel Kamakawiwoʻole.  I want either “Lucky” or “The Rainbow Connection” – both sung by Jason Mraz.  We don’t want a mourning of our deaths so much as a celebration of our lives.  We also agree that cremation is the most environmentally friendly solution. Neither of us like the idea of our corporal being rotting in the ground.

[tweetthis twitter_handles=”@livebysurprise” hidden_urls=”http://wp.me/p6yPpV-QF” remove_url=”true”]Neither of us like the idea of our corporal being rotting in the ground. [/tweetthis]

In most circumstances, we do not get to choose our time. However, in case of debilitating injury or illness, both my husband and I believe that we should be able to choose if we want to.  We both have medical attorney for each other.  We’ve had some pretty intense discussions about the mechanics of “when” we felt that our own end should be hastened.

For Hubs, that time would be after catastrophic injury. If he’s unable to move and get around – if his body is failing and will only continue to fail, he will give me a “when”. I will respect his wishes, if only because I love him. I understand that even though I don’t think he could ever burden me – his soul would suffer if he weren’t able to tend to his own physical needs. I hope to never be in that situation – but I accept his rationale and would support him.

Following my accident, I have a different view. I had to have help with a lot of my physical needs during my recovery. For a while, I couldn’t shower on my own. I couldn’t sit in the front seat of the car. I couldn’t put on my own clothes. It was difficult to accept help. I think we’re raised to do things for ourselves. I see it in my toddler as I encourage his independence.

I did need help though. I accepted it, for the most part gratefully. Perhaps only because it was a short-term situation. It’s possible I would have different feelings if it were more long-term. But I feel like I could accept physical help if I had issues with movement and self care – as long as my brain were still functioning properly.  I don’t want to be a burden to anyone – if I need daily assistance, Hubs has my full support to put me in a place where they can take care of me (as long as he visits regularly and brings me books).  But if my brain is still functioning, I *think* I would like to still be here.

Included in the physical injuries I sustained in the accident, I suffered a minor brain injury. My brain, although now functioning reasonably well, took time to recover – and I will never return to my pre-accident function. I find now that I still grapple to bring words to my tongue, especially when I’m tired. I don’t plan effectively.  Sometimes I can’t figure out how to get from Point A t Point B without my GPS. I forget appointments and fine details. Not so much as in the early stages of my recovery – but enough that I’ve had a glimpse of what a more severe brain impairment could do to me. And I didn’t like it at all.

It’s part of the reason I haven’t been able to bring myself to watch the movie Still Alice with Julianne Moore. The trailer alone is enough to make my heart quicken and bring tears to my eyes. I can’t imagine slowly losing myself. Forgetting things. As a writer, the idea of struggling to find the words to communicate is terrifying. I’ve told my husband that while I think I could handle a physical impairment – even quadriplegia, but the idea of losing my mental being, losing myself – that’s my line.

I think that loving someone completely means having discussions to gain an acceptance of these limits. My husband has told me where his line is – and if I ever see him getting close to it, I’m sure that we’ll have more discussions. It’s possible that the line would change at that point – and that’s his prerogative. I know, without question, if I had to have the discussion about my future with my husband, he would support me. He would make certain that I understood the consequence, as I would with him, and I would support him in whatever way I could.

But we love each other enough to have those frank discussions, so that if either of us had to make a decision, we could do it compassionately – without feeling any regrets. We’ve been very lucky to have been gifted the time that we’ve had together.  Every day after that is gravy.

Do you have a “line”? Have you discussed it with your family?  Will they honor your wishes?

(Today marks the one year anniversary of #1000Speak – click here to read more). 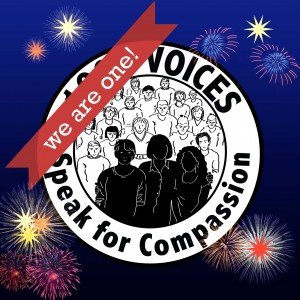