Writing Was My Light In The Darkness Of Divorce 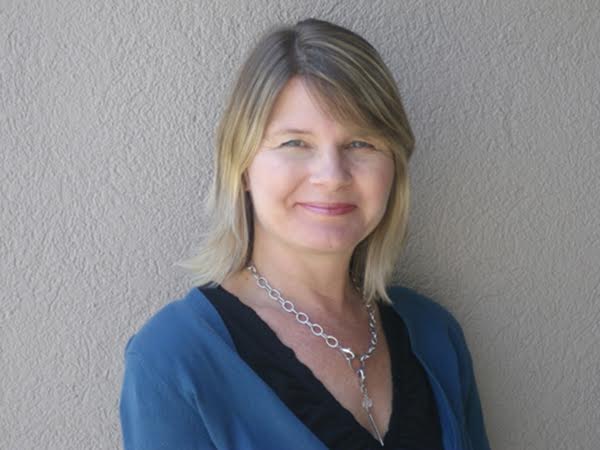 I’ve said before that I’m very lucky that through my writing I’ve been exposed to a number of amazing women writers.  My guest today is one of those women – Lisa Thomson is a Canadian divorce blogger, Huffington Post blogger, a DivorcedMoms.com Featured Resource Writer,  and the author of The Great Escape:  A Girl’s Guide to Leaving a Marriage.  You may have seen my guest post on her site earlier this week.  Today, I asked her about what led her to write her book – and what her writing process looked like.  Here’s Lisa: 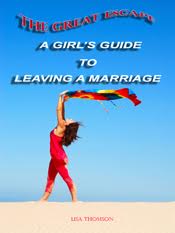 Even though it’s been several years, I still think back to those early, dark divorce days. I’m referring to the initial separation and all that entailed. I failed to fully prepare for the tsunami. How could I? I had no clue the depth of the storm ahead.

One of the first things I did was search out books at the library and book stores. That was before Amazon existed—can you even imagine? There was something missing though. I realized in my search that there were no books that were written from the divorced woman’s voice. So, I coped with those early, dark divorce days by journaling. I wrote everything in a little book. My darkest fears, anger, wishes for my ex, love for my children—you name it, it went in there. I guess it would be exactly how some people blog today. But that was 2005 and blogging wasn’t really a thing. So, my journal was my savior, my light.

It was about two years into my divorce when the emotional and legal frustration began to really take a toll. That’s when I came up with the idea of writing a self help book specifically for women who were thinking of leaving their marriage. If I could ease one woman’s suffering, it would ease some of my own.

I resolved to write a book that truly did tell the real story about divorce. And so I began in the wee hours of the night, drafting up an outline of chapters. I knew exactly what to include. There would be a chapter on lawyers, co-parenting, what to do before leaving the marital home, what to expect socially after divorce and how to cope with the reactions of friends and family. In other words, I KNEW exactly what a woman would want to know because it was all the things I didn’t know but had to learn.

I wrote and wrote. I wrote while waiting for kids at pick up. I wrote at work when the store had no customers to wait on. I wrote in the middle of the night. I wrote in tears on Sunday afternoons when I missed my kids and my heart was breaking.  I included excerpts from my journal because remember—I wanted this to be an honest and true account of ending a marriage and beginning the divorce process. I wanted this book to be from my heart and to really speak to other women starting this journey.

It took me five years to complete. I stopped writing for about a year when I went through some pretty traumatic and harrowing divorce experiences. My losses and challenges left me without the gumption to finish my book.

Then something clicked. I was angry as hell. I was angry at myself, at my ex, at the system for letting me down. So, the only way to fix that was to finish my damn book.

[tweetthis twitter_handles=”@livebysurprise” hidden_hashtags=”#divorce” hidden_urls=”https://livebysurprise.com/2016/02/lisathomsonguest.html” remove_url=”true”]I was angry as hell. I was angry at myself, my ex, at the system for letting me down. [/tweetthis]

That’s exactly what I did.

I finalized the edits in January, 2012. I had a professional editor go through it a few times and still, I continued to make changes. I shopped around for a printer and considered many cover designs. I hired someone to format the e-book. I shopped around, unsuccessfully for a publisher. Then I said to hell with it and self published. I’m so happy that I took that step.

In the meantime, I designed a website  and was told from other authors that I MUST blog if I’m a writer worth her salt.

I didn’t know what a blog was. I figured it out pretty quickly though and realized I had a passion for that too. My blog has been going since late October 2011 (this was my first post) and I haven’t looked back.

I had a few writers recommend that I write under a pseudonym, when I was almost ready to publish. I considered it at great length and made my decision with much consideration. The result is a book that I promote myself and talk about with women openly. It’s exactly the way I wanted it. I take full credit and criticism equally for my work.

You could say my writing kept a little light shining in those dark days, illuminating the path for me.

Today, I like to think my book is the sliver of light that shines out of the darkness for folks struggling through divorce right now. It’s made my struggle worthwhile.

Last but certainly not least, if you’re thinking about writing a book about your divorce I would recommend three important tips;

Do you plan or are you writing a book about your divorce? I’d love to hear from you!

A paperback copy of her book is available via this link: The Great Escape: A Girl’s Guide To Leaving A Marriage or click the Amazon link below the post to get an e-book (note: this is an affiliate link – your purchase will support this blog).  You also can find Lisa on G+, Twitter, Pinterest, Facebook or Tumblr.