Unless the Enemy has Studied his Agrippa 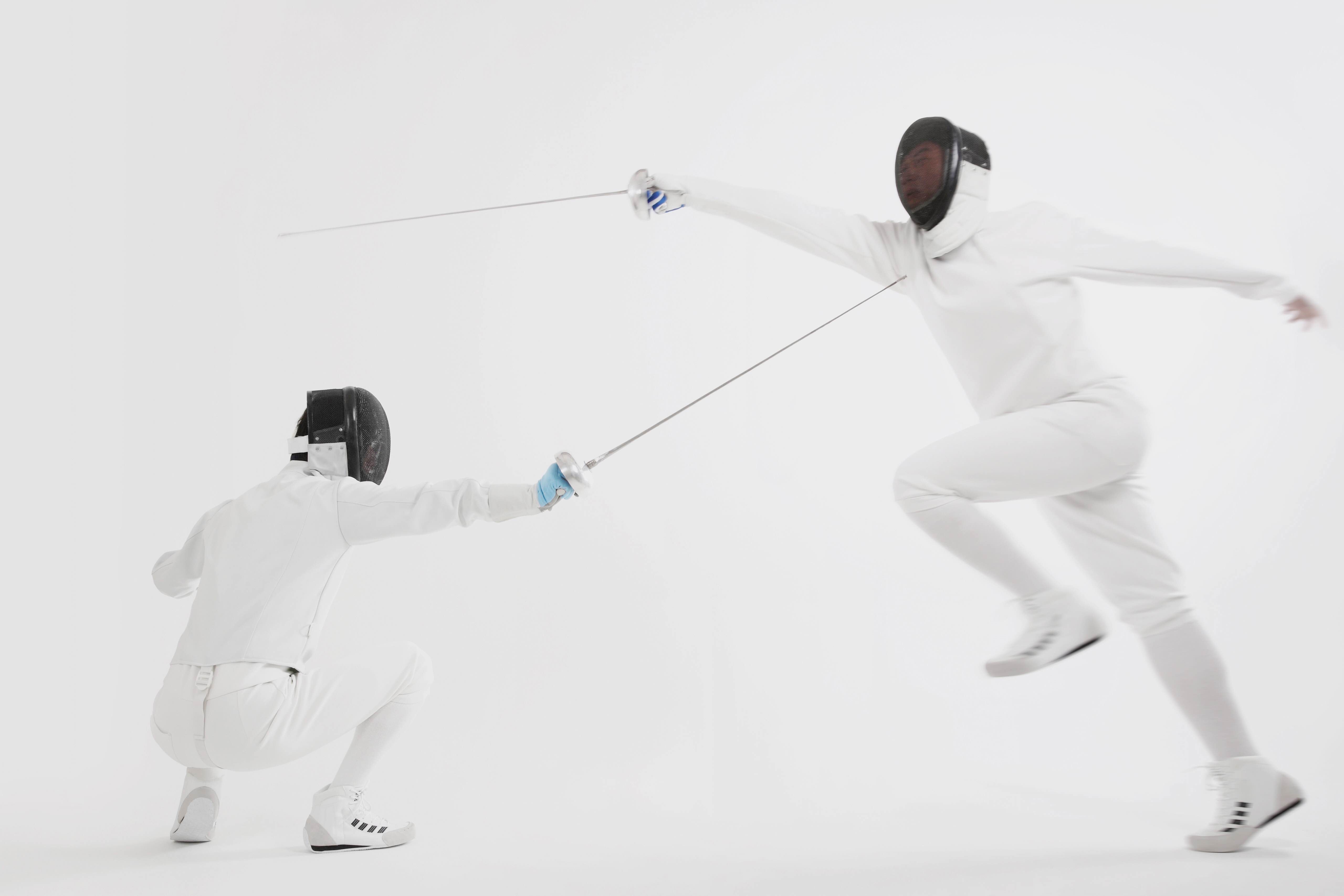 If you’re a fan, then you probably recognized my title as a quote from The Princess Bride, one of my favorite movies. In part because I was in love with Westley (weren’t we all?), and in part because it has “Fencing, fighting, torture, revenge, giants, monsters, chases, escapes, true love, miracles!”

When we were first married, I suggested to my ex that we take a fencing class together. It was something I’d always wanted to try (read: nerd), and it seemed like a good husband/wife way to keep us active. There was a weekend workshop, and if we enjoyed ourselves, we were given the option of joining the local fencing club.

Now, if you’ve never tried fencing and only seen it on TV, it looks like something pretty simple to do. But in truth, there are a number of different choreographed moves that you have to practice at sequencing properly.

The first class, after being shown the equipment and how to put it on, we were taught an attack (an offensive action) and a parry (a defensive action). Then we were taught a riposte (a counter-attack after a parry) and a counter-risposte (an attack that follows a parry of a riposte). We were lined up on either side of the room, and practiced each move in turn. The instructor moved up and down the line and showed us how to score a “hit”.

We were partnered up, but the Goblin King was not my partner because the teacher wanted us to try with other people.  At the end of the class that we were told to try out what we’d learned with all of the other students. We did a roundabout in two circles, one that stayed around the outside of the room, and the inner circle that revolved to change partners every few minutes. I was in the outer (unmoving) circle and the Goblin King became my opponent second last.

I had been keeping an eye on him, watching as each of his partners in turn looked frustrated at not being able to get through his defensive move. It wasn’t until he got to me that I realized instead of doing the moves that we’d been taught, he was just rotating the sword with his wrist in a circular motion, making it absolutely impossible to score a hit. In effect—instead of playing fair and using the moves we’d been taught—he was cheating.

I was completely embarrassed. Everyone else in the room must have realized exactly the same thing—but no one spoke out. Not one person said something to him about his behavior (until of course he got to me).

Sadly, that’s the way he appears to have gotten through life. He does things his way (usually wrong), and instead of calling him out, people make excuses. And then they don’t engage with him in that context again if they can avoid it. My problem (of course) is that I thought by “calling out the behavior”, I could fix him. And maybe sometimes (like in this instance), his behavior changes briefly (he corrected himself with his final opponent). But for the most part, I was reminded constantly reminded that his behavior is ingrained. If there’s an easy way out, whether it’s moral or not, he will take it and justify it in his own mind.

But, on the bright side, eventually I figured that out, and went on to find my own true love.

2016-09-02
Previous Post: Burkinis and Red Clown Noses Have Something In Common – You’ll Never Guess What
Next Post: I’m an Introvert and I Worry My Kids Can’t Make Friends