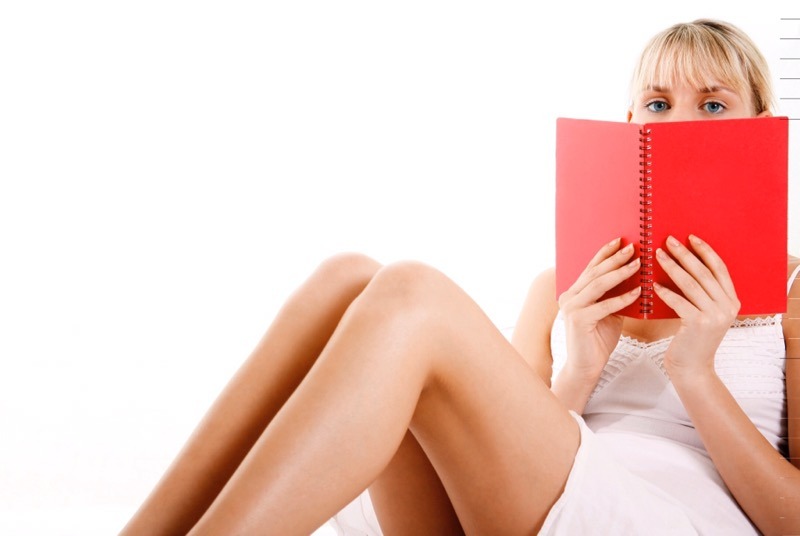 I have always been very introverted. Sometimes on the side of extreme social anxiety and shyness. Most days, I don’t mind it—it’s just part of who I am. I have difficulty dealing with situations where there are vast amounts of new people. I’m very thankful for the internet age, because it’s perfectly acceptable now to spend time at a table of strangers staring at your phone. But I’ve been uncomfortable talking to strangers and in social situations that involve a lot of people since I was a small child. It’s affected my relationships at school, with my family and neighbors and at work.

I think I come by it honestly. Both of my parents have very few close friends and we were pretty insular as a family unit (when we were a family unit). When we had large social functions to attend (even family), I’d often spend my time in a corner reading a book, or, when I got older, I’d volunteer to take care of my younger cousins while the adults talked. While I try to stretch that these days, I’m still more likely to be down in the basement with the kids then up talking with the adults.

[tweetthis]I have no lifelong friends that have been with me since childhood. Not one. #introvert[/tweetthis]

I have no lifelong friends that have been with me since childhood. Not one. I did keep up a relationship with a girl I meet in high school (she went to a different school), she was my Maid of Honor in my first wedding. But that relationship faltered along with the relationship with my ex. And if I’m honest, although I was also a bridesmaid at her wedding, we were never really extremely close, and would exchange phone calls every few months (usually at her lead—because I’m dreadful at that sort of thing).

I’m thankful for Hubs, who although an introvert like me, also exhibits some extroverted tendencies. He doesn’t have a lot of close friends, but when he walks the dog, he’ll happily chat away with anyone he meets along the way. He knows all of our neighbors (not by name though—still introverted). I (mostly) know the neighbor’s faces and will talk to them if they talk to me, but I usually don’t go out of my way other than a quick wave if I happen to see them.

My work life is much the same. I’ve had two friends who I met through work that I do keep up with regularly (both attended my second marriage). We’re closer than I’ve been with anyone else, but still, those relationships are distant. In my current position, although there have been opportunities, I’ve squandered them. Seven of the women on my floor had babies the same year Bae was born. We got together monthly with the kids for about a year, but beyond that…I talk to them at work—but I don’t consider them to be “close”. So basically after twenty years working here, I have two friends I’d consider close, both of whom I no longer work with and one of whom moved to the other side of the country.

I don’t know for sure, but I suspect that’s not normal.

Amusingly though, I was somehow able to make a full day drive to one writer’s conference and I flew to a second one with Hubs. At the first I met a number of lovely ladies that I’d been stalking for a while on the internet and stayed in a hotel room with two women I’d never met before. At the second I met back up with a few of those women, but this time I stayed with Hubs…to allay some of the anxiety. There were still a few people that I really wanted to meet…but was too intimidated by to make it happen on my own. Overall though, this was a huge step for me. I’ve even told a few of the women that I’m happy to host them if they ever make it up my way. And I meant it.

It’s about the kids though

My issues with social anxiety make it very difficult for me to help the kids make friends. I don’t like inviting strangers to my home, but I have difficulty going beyond casual strangers with most of the parents at their school. My work hours don’t permit me to be there at normal drop-off/pick-up times (and exposure to the other parents), but the Goblin King is able to be there because he has different hours. As well, I’m embarrassed by both the things the Goblin King does at the school and the things he says about me to the other parents. I think I also lack certain social skills as well as the motivation to develop them.

It’s not just that though. The custody schedule makes it difficult for me to schedule play dates at times. And sometimes I just want to spend what little time I have alone with them. I know it’s selfish. I’m working on it.

I do try to make an effort. Puck has a two neighborhood friends. I text regularly with one of their mothers, and we’re friendly. The other mother also has regular interactions with my ex, so I’ve steered clear of a closer relationship. (She’s also insisted that the boy has a dog allergy and isn’t allowed to come to our home…I wonder if it’s more likely true that my ex has said something and she doesn’t trust us.)

I’ve had birthday parties for both of the kids (and even a couple in my home with the parents invited). I’ve got them in after school activities and try to arrange for them to be in “people” situations on a regular basis.

But now we’re back to a new school year. I’m friendly enough with a few of the moms to say hello and make small talk, but it gets awkward when there’s a large school event that I don’t really know any of the parents. Especially because for some reason my daughter seems to be best friends every year with the girl who moves the next year. I spent the first day of school in the yards with the kids, but awkwardly hanging with the kids instead of engaging with the new teacher or the other parents (although this was in part because the Goblin King threatened to show up and make a scene).

But I’m determined to keep trying to get out of my comfort zone, at least as far as they’re concerned. I can’t say that I’ll ever be an extrovert, but I can still strive to ensure that I’ve tried to give the kids those skills.

Do you have any social anxieties? How do you cope? Are you struggling to ensure your kids don’t develop those issues? What are you doing?

2016-09-08
Previous Post: Unless the Enemy has Studied his Agrippa
Next Post: Weddings, Drunken Kisses and a Culture of Rape