#NaBloPoMo: It’s Not an Addiction if it’s Under Control 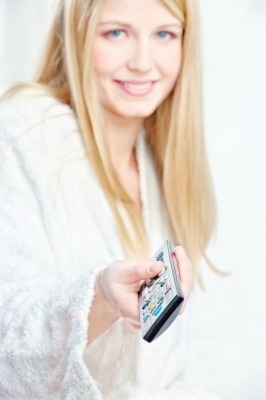 Hello, my name is Liv, and I’m guilty of binge watching.

The prompt for NaBlo today is what’cha watchin’? And there are SO. MANY. THINGS. To qualify—we don’t have even basic cable. Just a digital antenna. So I watch pretty much nada in real time any more. And maybe? I’m a bit compulsive. So when my faves are put onto Netflix, I have to watch until there’s nothing left to watch. Well…I don’t have to. It’s not an addiction or anything. I can stop any time I want.

The last binge I finished was last season of The Walking Dead. Yes. I’m a whole season behind. I know. Bad things are happening right now because it’s already started this year. And I’m missing it.

I finished up with Neegan taking that nasty big bat to someone’s head just days before the premiere, and just about a year before I can watch the next episode. Sigh. I don’t let the kids watch, but I consider TWD to be training material for the real zombie apocalypse. Not only is the show teaching me how to kill all the zombies, it’s also helping me to figure out how I’ll pick my Z-Team. I think I identify the most with Carol. She comes across as a broken, abused woman, but that lady is kick ass.

Before that (and here’s a contrast), Call the Midwife. I’ve actually read the entire series of books and I downloaded last season prior to our vacation this summer. During the 14 hours we were in the car, I was able to watch most of them. I’m totally a Shelagh Turner when it comes down to it. She even kind of looks like me. (Although maybe it’s just the glasses). I didn’t marry a doctor, but I did marry my boss…totally the same thing. I wouldn’t be into the whole nursing thing though. I don’t like the blood. (Which is a bit ironic if you think about the shows I binge watch.) My great aunt was a nun. She died before I was born, but I have a great respect for women of the cloth. And yes, if you must know, I was digging for Kleenex for a lot of the trip.

And the one before that (which, if you follow the blog at all will not surprise you one little bit) was Broadchurch. The second season wasn’t quite as edge of your seat as the first, but there were definitely moments I was shouting at the TV. And no, don’t even bother with the second season if you haven’t watched the first.

I’m told, given my love of all things Doctor Who, that Jessica Jones is my next binge. Although I did just watch the first episode of SuperGirl. But I promised Flower that we’d watch it together…so no binging.

What? I can resist. Really.

What are you watching?

I’m participating in NaBloPoMo and NanoPoblano for the entire month of November! Click on one of the badges below to learn more.