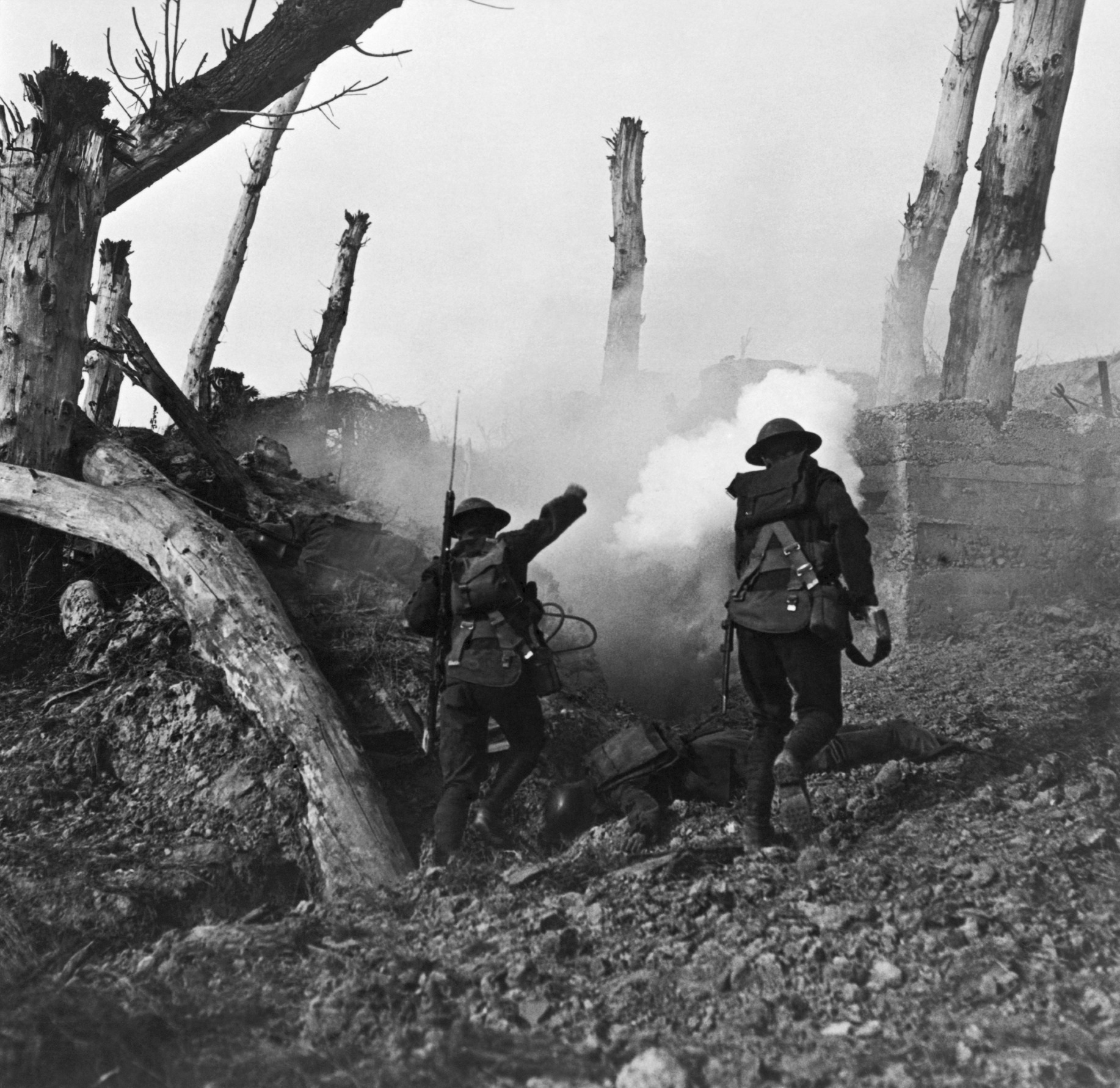 Do you have a “thing” from your childhood that you were overly attached to and wanted to pass down to your children?

I had two. Both of them from my Great Grandfather who was a soldier in World War I.

The first was a medal he received for his service. It was a hard war. My Great Grandfather survived, but (I understand) he rarely spoke of it. His lungs suffered for the rest of his life because he was caught in the trenches when mustard gas was deployed. He was a gentle man. A weaver and an artist (I have several of his works hanging in my house). He was overseas when my grandmother was born and she didn’t know who he was when he returned three years later. Those medals mean that he put aside his peaceful nature and sacrificed a piece of himself to ensure that future generations could live in peace. Those medals now rest in my bedside drawer, at some point to be passed down to my son.

Gramps also lost a brother during the war. Which brings me to the second “thing”. It was a piece of dinosaur bone about the size of my palm. It was from the badlands of Alberta, Canada (it was etched into a plate on the bone). I had it on my dresser as a child, and passed it to my son.

Unfortunately, it got lost somewhere along the way. I’m not sure where. I still have hopes that it’s in a box in my basement somewhere. But I suspect that my son took it to school and was too ashamed to admit that he’d lost it.

I was never given the story of where the bone came from. But I have a theory. Gramps’ brother emigrated to Alberta, Canada shortly before the war. I don’t know if it was a link to him, but I like to think so.

And on the subject of lost things from childhood…after I left my ex (nine years ago this very week), my ex hounded me because he believed that a piece of his own childhood ended up in my care. It was small, and easy to miss. A real Indian arrowhead. His grandfather was a farmer. And the farm, while outside the reserve, was a place where an colony had lived. He treasured it, and I certainly understand why. It was a real sore spot for my ex.

I did look for it, but never found it—until last week. I had a metal box full of foreign coins that I’d passed to my son. He kept them in his underwear drawer. I’m sure we’d gone through them before—he’d asked me where they were all from. And when we came back from Holland, we added more. But I must not have really looked. Because while we were cleaning his room last week, the box had spilled into his drawer and there was the arrowhead.

[tweetthis hidden_hashtags=”NaBloPoMo”]9 years after I left, I found an artifact from my ex husband. This is what I did.[/tweetthis]

I picked it up, turned it in my hand and said, “Where did you get this?” and Puck said, “It’s just a rock. It’s been in there for ages.” I explained that it wasn’t just a rock, but it appeared to be an arrowhead. Puck immediately said “It must be the one that Dad’s missing.” (I’m sure that wasn’t the story at his Dad’s house. I’d been told several times that I stole it. And given how readily he knew the answer, I’m sure he heard the story more than once.) Either way, I agreed. And much as I could have just thrown it away or told him that it wasn’t, I couldn’t do that. I sent it back to my ex with the kids last Friday.

I’d love to say happy ending—but not so much as an acknowledgement from my ex so far. And I actually expect much worse when the kids come home. I’m still glad I sent it though. And sorry that I wasn’t able to resolve it earlier.

Would you have given it back if it were you?

(That was my very first NaBloPoMo post. Are you participating? There’s still time to get in! Click on one of the badges below or tag me in the comments and I can send you my prompt list!!)