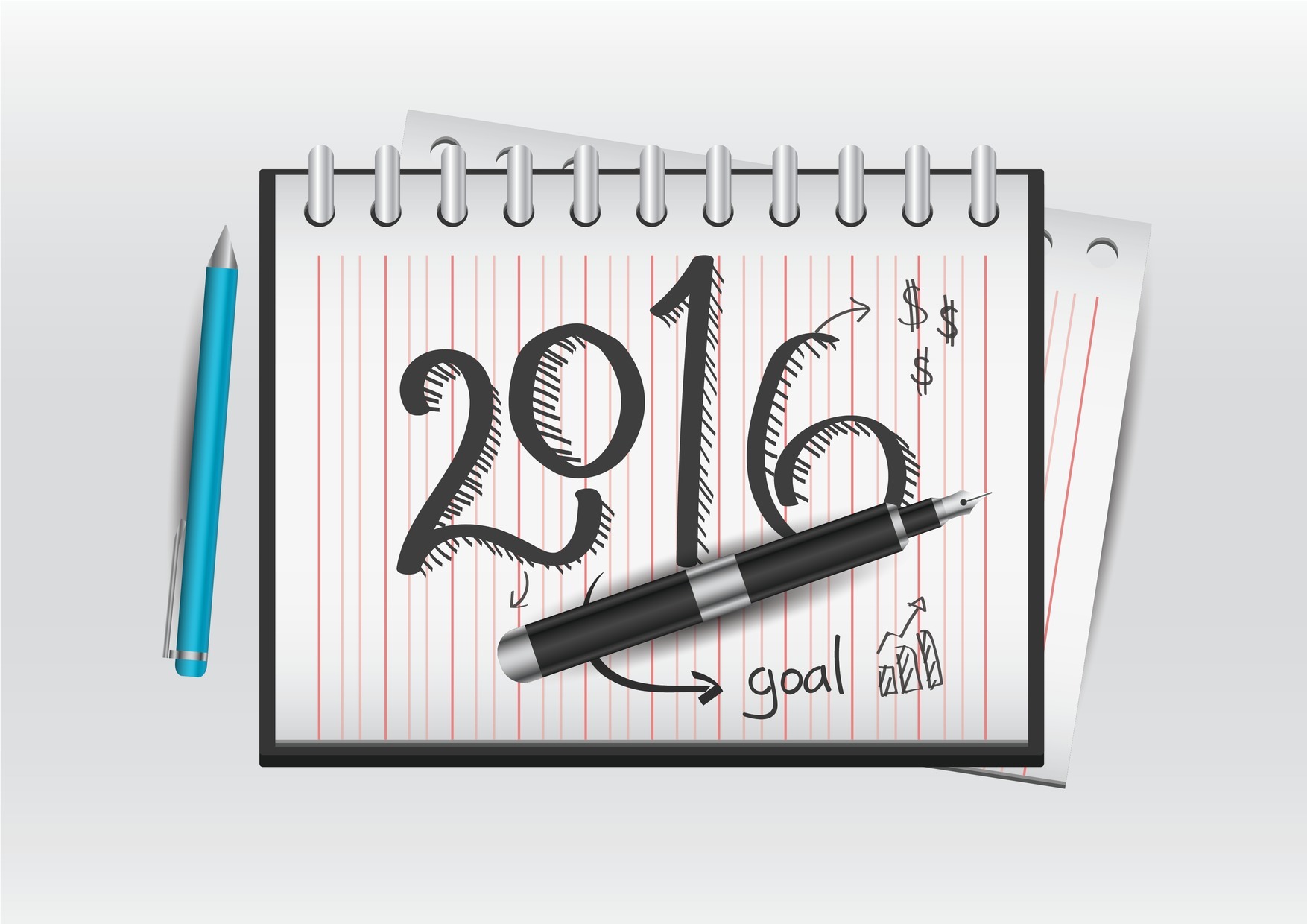 You might recall that last year, I “borrowed” a tradition from my friend Tamara Bowman at Tamara Like Camera, and answered a series of questions about my 2015. Well…I’m going to keep it going, and have even added a few questions on this year.

I started working as Editor-in-Chief and Community Manager for RealityMoms.Rocks. And it’s really got me to thinking about becoming my own boss.

I’ve been pushing myself outside of my comfort zone on a regular basis too. Both at work and at home. Trying new things and learning. I took some new courses and have joined Lynda.com to increase my skillset.

Did you keep your new years’ resolutions, and will you make more for next year?

I took my daughter ziplining. We still haven’t made it to the white water tubing. Haven’t done Vegas yet. But I did go to Dayton, Ohio and Washington, DC. I’d hoped to continue posting 2-3 times a week, and, well, with my new job and everything, I haven’t been doing that consistently since June. But I did complete NaBloPoMo this year. And I hope to get posting more consistently in the new year.

Did anyone close to you give birth?

My cousin delivered sometime in March (I think?), but no one close to me has had a baby for a while. I’m past the stage where all my friends are giving birth. I suspect that it will be my nieces/nephews next, but I’ve got (hopefully) a few years before that starts happening.

Did anyone close to you die?

So many incredible people died in 2016. None of them close to me, but I felt the loss of several, including Gene Wilder, Prince, David Bowie and now George Michael and Carrie Fisher. On the bright side, I’ll bet there’s a big party where ever they’ve gone to.

What countries did you visit?

We didn’t do a lot of international traveling this year. We went to Québec, Canada again this year, and we’re going to make it an annual trip with the kids.

I’m not one to complain about lack. I’m all about push. I will push myself to do more and be more in 2017. I think that’s the best that anyone can expect of themselves.

What date from 2016 will remain etched upon your memory?

I think there’s one day we’ll all want to forget but unfortunately won’t be able to. November 8.

What was your biggest achievement of the year?

Last year, I said I was starting a writing course and I might nip to a blogging conference. I finished three writing courses. I went to two conferences. I became an editor. And I was even published on BLUNTMoms.

What was your biggest failure?

Unfortunately, it seems I still identify with my failure from last year. I’m still slipping with the Goblin King. As much as I promise myself I won’t get drawn in, it continues to happen. But I can report that it’s happening less often as with each “failure” I keep re-committing myself to being the better person.

Did you suffer illness or injury?

I had another car accident. While I’m beginning to feel unbreakable, I am worried that at some point I’m going to become too anxious to drive. And I’m reasonably certain that we’re going to see a large hike in our insurance rates this year.

What was the best thing you bought?

Elly Lonon. She wrote a book. And I’m ever so proud of her.

Where did most of your money go?

We went to see Adele in concert. She was amazing.

What song will always remind you of 2016?

Lovely Day by Bill Withers as featured in the Secret Life of Pets. It’s not a new song, but it is a good one. Because “Then I look at you…and the world is all right with me. Just one look at you, and I know it’s going to be a lovely day…”

Compared to this time last year, are you:

Happier or sadder? Happier. Each year past my divorce has been happier. I hope it never changes.

Thinner or fatter? I still don’t believe this really matters…but a more few pounds on the plus side.

Richer or poorer? Richer. And yet again I can say it’s not just money. For me, 2016 was the year of friendship.

What do you wish you’d done more of?

I wish I could have spent more time with my family. My youngest is just that much short of his growth spurt, and I feel like once that happens his “childhood” is starting a new chapter which involves me a lot less. I’m happy he’s heading towards leading the nest (because that’s what I’ve been raising him to do), but I’m really going to miss him.

What do you wish you’d done less of?

Same answer as last year. Negotiating with the Goblin King. I still see no end in sight.

As with 2015, I continue to fall more in love with my husband every day.

How many one-night stands?

None. The two night stands we got last year are pretty sturdy, so there’s no need.

Who were your best friends?

I can still say that’s my husband and my kids.

What thing did you do that was meaningful to others?

I continue to participate in an amazing movement started by the amazing Lizzi Rogers called #1000Speak. I truly believe that this type of positive thinking can change the world.

What were your favorite TV programs?

I’m not watching TV too. But this year, The Walking Dead, Jessica Jones, Timeless. And Doctor Who. Always Doctor Who.

Do you hate anyone now that you didn’t hate this time last year?

Given my burgeoning issues with November 8th, I think you can imagine that I might have an intense dislike of someone. But hate is a very strong word. I choose love. Always choose love.

This year it was Furiously Happy by Jenny Lawson. I laughed. I cried. I peed a little. This book was so amazingly relatable.

What was your greatest musical discovery?

I’ll point you back up to Lovely Day…it’s my new singing in the car song.

What did you want and get?

Ambition. 2016 made me ambitious. I’m working towards actualizing my ambitions now.

What did you want but did NOT get?

I still want an Elf shirt.

What was your favorite film of this year?

I just saw it yesterday, slightly before learning about Carrie Fisher’s death. Star Wars Rogue One was amazing.

What did you do on your birthday, and how old were you?

We spend my 41st in Quebec again this year. And I ziplined with my daughter and then we had lunch in Mont Tremblant.

What one thing would have made your year immeasurably more satisfying?

As always, if the Goblin King would behave, my life would be immeasurably easier. But then I might not have so much to write about, so mixed blessings…

What kept you sane?

My husband and my writing still get full credit for my sanity. My children…still not so much. I won’t even talk about the Goblin King (but will make mention of my divorce).

Which celebrity/public figure did you fancy the most?

America had the opportunity to vote for the first woman president this year. Hillary Rodham Clinton is an amazingly gracious woman. And while she doesn’t get to fill that seat this year (or likely ever), I have very high hopes for Michelle Obama. Two very amazing, accomplished first ladies.

What political issue stirred you the most?

I think you can guess that it was the election and all the issues that came with it. I’m glad it’s over. But I wonder if it’s only just begun.

Who did you miss?

I still very strongly miss my Gran. I don’t think I did any Grandmother Diaries this year. But I feel her with me and dream of her often.

Who was the best new person you met this year?

Funny, last year I said I hadn’t met Elly Lonon from Buggin’ Word and her friend Luke the Uke or The Ruckus Girl, Charlotte McMullen. This year, we slept in the same room. I also met Samara from Samara Speaks and Michelle Poston Combs from Rubber Shoes in Hell.

As it seems that if I set an intention here I might stand a chance of meeting them, I’m going to meet Beth Teliho and Lizzi Lewis next year.

Tell us a valuable life lesson you learned in 2016.

I learned that there are a lot of women who work out of their homes and make a decent living. And someday in the not too distant future, I plan on being one of them.

Quote that sums up your year.

I’ve set my intentions—I’m going to work from home and make as much money as I’m making outside the home. It will happen. Don’t step in my way.

What awards did you win – OR were you nominated for your blogging/writing/creative efforts?

None. (Sad trombone). But I will have something here next year.

What notable achievements did you accomplish in blogging/writing/creative in 2016?

No. But I now know not just one, but multiple published authors. I’ve even met a few of them in person. AND I’ve read some incredible books.

Did you expand your professional network in 2016?

YES! I attended two writing conferences and met loads and loads of amazing contacts and I joined the team at 3Chicken Creative, which is by far my favorite place ever to work.

And that’s all I’ve got for 2016. Are you looking forward to 2017 as much as I am?? (If you want to borrow my questions for your own new tradition, please do. And link back in the comments.)