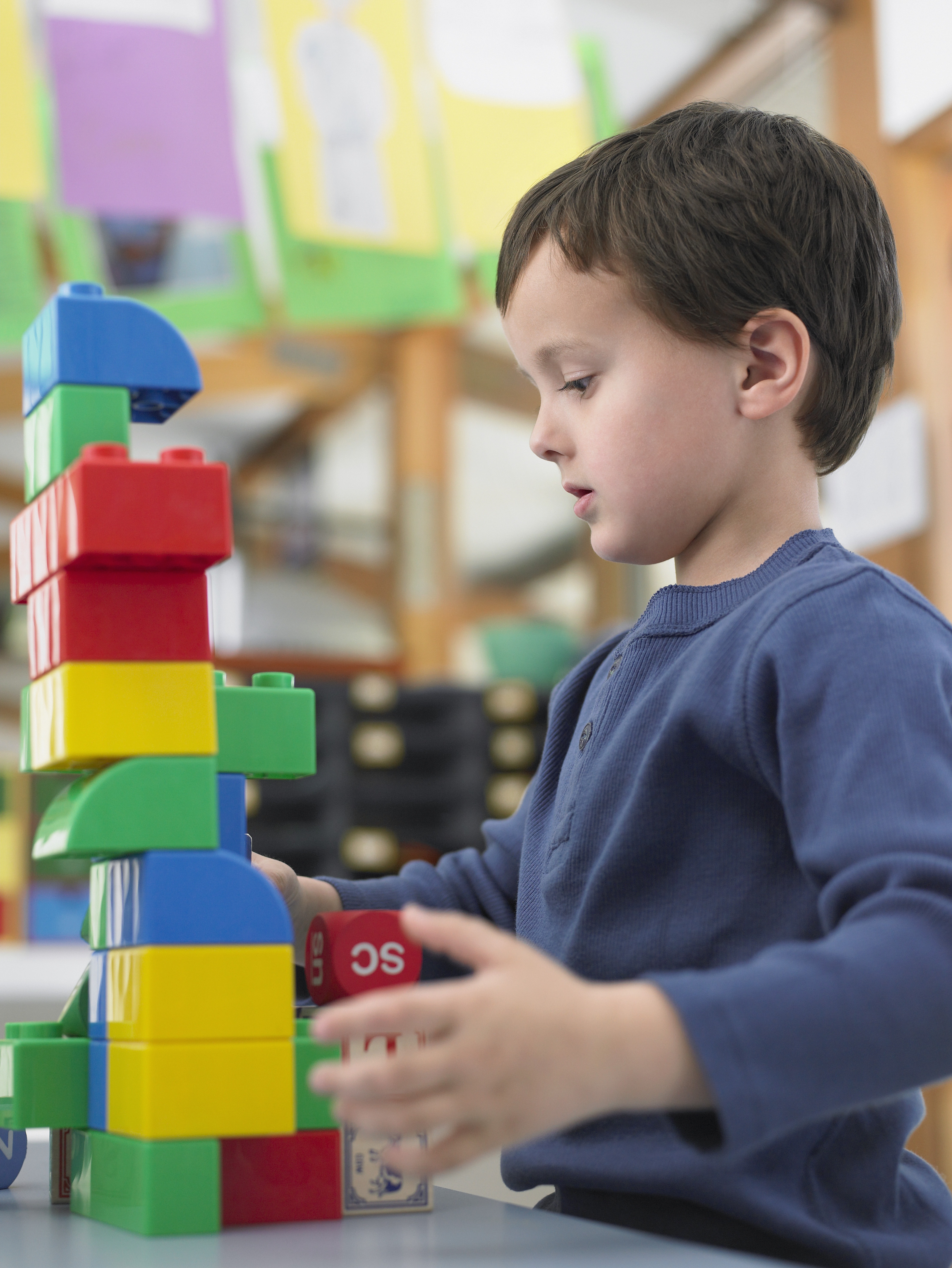 I’m still gob-smacked that you asked the question really. At a meeting with my son’s team, you, his teacher, bluntly asked what you should tell the other children when my son wasn’t required to learn at the same level as them. I simmered and let our resource consultant take the lead. She suggested that the other kids would understand that children learn at different rates (even if it appears that you don’t).

At the meeting, I wanted to tell you that I know that my son’s behaviors can be difficult to deal with at time. His speech has come a long way since we started therapy, but he still struggles to understand. He’s prone to temper tantrums. But is generally more of a danger to himself than to the other kids. He likes to take his socks and shoes off, so we’ve got him tighter shoes. It means it’s more difficult for him to change them – but he’s keeping them on more often now.

You’ve told us that he doesn’t understand that he’s not allowed to leave the classroom. His previous daycare had a gate, so it took a bit to communicate to him that the red line means stop. He gets agitated at circle time. We’re not sure if it’s because he’s bored because he can’t follow what’s going on or if he doesn’t like the noise, or if he just needs to be moving. Now he sits with one of the teachers who redirects him if necessary. You’ve told us he’s withdrawing (with your permission) to the bathroom because water calms him. The enclosed area calms him. So you let him play in the sink. We’re grateful that you’re accommodating these needs.

I get it. He needs a lot more attention than the other kids in the class. He’s more work.

In the classroom, I saw the pictures. Little Vanessa was doing advanced calculus, Johnny was gene-splicing plants, while my Bae was tracing pictures with his fingers in corn meal. (OK…Vanessa and Johnny weren’t really doing that, but it sure felt like it in comparison). You know what though? He’s not even four yet. I think we can leave particle physics until at least second grade.

We had Bae in a daycare before he entered your program. While he was there, we found that he had great success with gross motor skills, but had trouble participating with fine motor at craft time. He wouldn’t or couldn’t participate in circle time. He had difficulty engaging with the other children and often played on his own. It took ten months to potty train him. The daycare was only loosely structured, and we knew that with his communication issues he needed more structure to help him make sense of the world. His minders weren’t teachers, they were carers. They loved him though. He ran to them every morning for a hug. All of them, even the ones that weren’t in his class. They knew that their ability to deal with his behaviors was limited by their education–but they expressed a desire to work with us, and met with his team several times. They changed the classroom, they worked to make the day more structured so he could understand it. But in the end, they weren’t meeting his needs. There were too many kids and he was getting lost. He wasn’t advancing.

I did a lot of research about Montessori before placing him into your program.

“[Maria Montessori] was the first female to obtain a medical degree in her country. She worked with children in the psychiatry ward and from there she developed a keen interest in children with learning disabilities as she observed and experimented on what teaching methods worked best. She…developed her teaching philosophy based on her experience working with children who today would likely be given an autism diagnosis among other special needs.” (Source: Roos World)

Montessori students are supposed to be encouraged to work at their own pace, without pressure to meet formal standards by a predetermined time. They are also encouraged to find and follow their own interests. The materials used in Montessori are supposed to engage all the senses, and our kid is definitely a sensory kid. Learning by doing and being given the freedom to move around the classroom is definitely an advantage to our son as he’s big on gross motor. He needs to move.

Bae doesn’t understand letters and numbers and concepts like above and below yet. He can’t sing more than a few words of a song. He has trouble following more than a couple of simple instructions at a time. He’s just figured out how to dress himself, but often he still needs help. He loves building train tracks, playing with trucks, and doing most of the things all American three-year-old boys love to do.

My husband and I believed that the kind of freedom Montessori provides along with the structure of your program would help him to learn. We know he’s behind, and we’re hoping to give him that extra push before he enters school. And so far, he’s improved, even just in the three months since he’s been with your class. His language is more engaging and descriptive and he’s getting less frustrated with trying to communicate. He’s a happy little boy generally. Loveable. And he loves the school. It’s a very rare occasion that he doesn’t want to go.

We know there are still some issues. We don’t think he’s autistic, but we know he’s behind and suspect there may be something beyond his speech delay at play. We’ve engaged specialists to try and figure out how he to teach him. He has a resource consultant and a speech therapist to work with you and the other teachers. With these resources, we’re trying to help us all understand my son better. We’re investigating other potential issues that are preventing him from learning with his medical team. We’re doing everything we can do to advocate for our son.

[tweetthis]Dear Montessori Teacher: We want you on our son’s team. Are you? #specialneeds[/tweetthis]

As a mom, I’ve learned that children need to develop and learn at their own pace. As an educator and a mother yourself, I’d hope that you know that too. You shouldn’t need to explain it to the other children, because it’s supposed to be a hallmark of the program that you’re teaching. As a mother, I’ve found that kids don’t generally see inequity unless someone points it out to them. And I’ve tried to teach my children to be kind, especially to the kids who need extra help. I had hoped that your program would do the same.

But your question caused us to wonder if you were the right person to be teaching our son. You’re his teacher. We’d like for you to help us to advocate for our son. We want you to be on the team.

2017-02-06
Previous Post: What To Do When Your Friend is an Insomniac
Next Post: Coparenting: Splitting Expenses without Losing Your Mind