My First Day of High School: A Horror Story 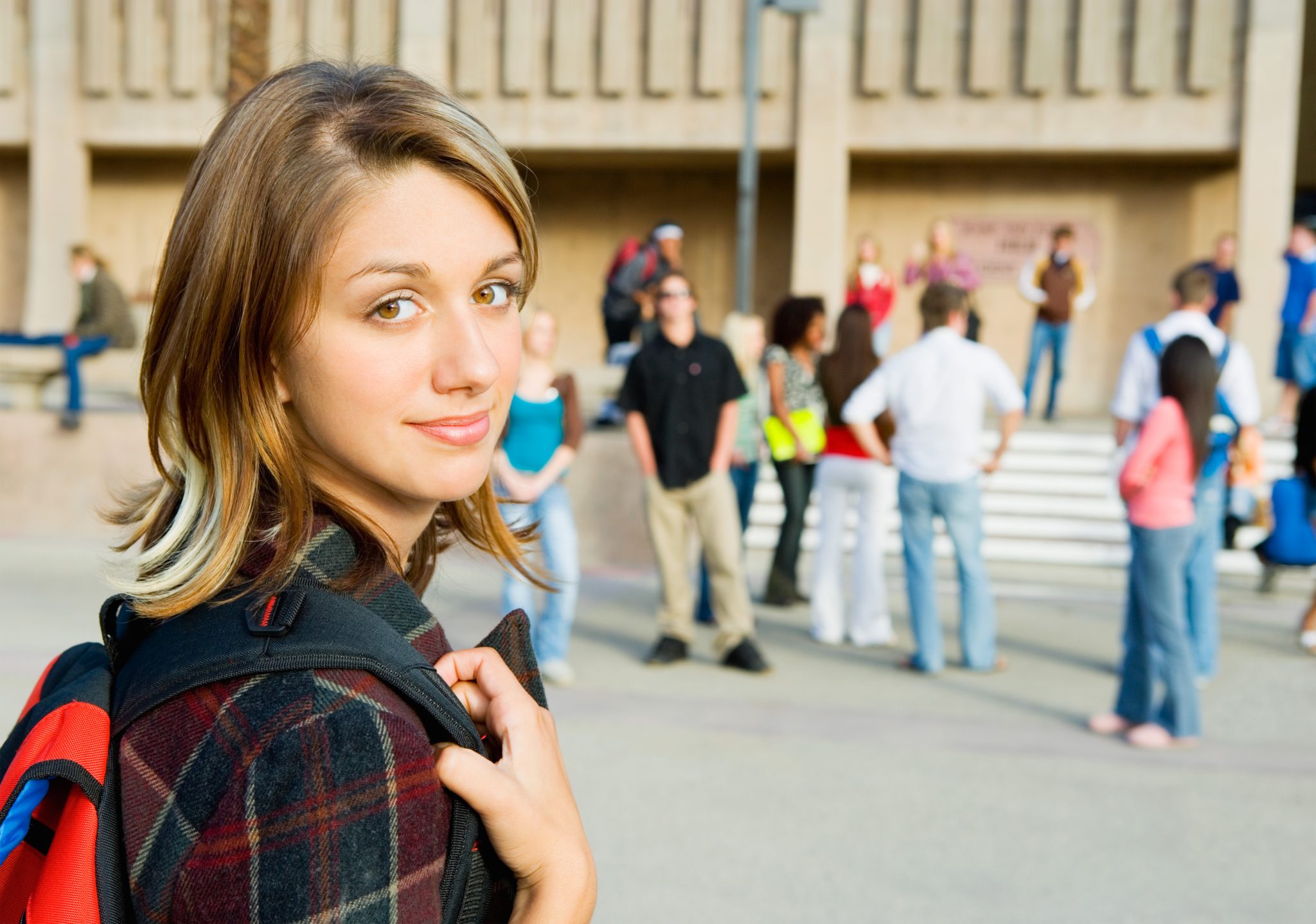 On my first day of high school, they held the orientation in the large auditorium prior to splitting us up into our home room classes. It was the first day that I’d ever had to get myself to school on my own – up to that point we’d been bussed in and out. High school was the year that we had to tackle public transit. And of course, I got turned around once I got off the main street and was really late. Like really, really late.

I was a bit breathless when I arrived, but I went right through the front doors and headed to the auditorium (there were at least some signs telling me where to go). But when I got there the halls were empty. And quiet. And did I mention empty?

I stood for a moment trying to figure out what to do. I was late, but not so late that they shouldn’t have been in the auditorium. But maybe they weren’t?

So I headed back to the main office to ask what to do. They told me to go to the auditorium. I said I did, and there’s no one there. They said, that’s because they’re all inside.

So I went back to the auditorium. And tried to quietly open one of the very large doors. But not only was the large metal door handle NOT quiet, the door was locked. I put my ear to the door. I could hear someone speaking.

By this point, I was looking to see if I was on Candid Camera. Because if not, I was surely secretly auditioning for either Mr. Bean or Benny Hill. I briefly considered what the consequences would be if I just went home. Nope. Not an option. The consequence would surely be a painful death. (I came to think this would have been the better option…but hindsight is always 20/20.)

[tweetthis]By this point, I was looking for the Candid Camera. #embarassingstories[/tweetthis]

So, having no choice, I knocked lightly on the door.

There was no answer.

So, sucking in my breath, I knocked a little louder.

I brought both my hands up the third time, intending to go all Dustin Hoffman on the doors.

But just as I was about to make contact, the door flew open and I fell forward. And not very gracefully.

From my place on the ground, the room was pretty silent considering it was full of the class of ’93. I pulled myself up, and caught the eye of the principal, who was standing on the stage with his mouth open, as though he’d been caught mid-sentence. He lifted his eyebrow and pulled his head to the side, indicating I should take a seat. As I followed the direction of his gaze, I realized that everyone in the auditorium had turned around and was staring, silently, right at me.

So…I dusted my hands on my pants, turned to the poor guy who had come to open the door and nodded slightly, and slunk over to a seat at the very back of the auditorium.

And, if that was my first day, you can imagine how much I enjoyed the rest of my high school experience.

Do you have an embarassing school story? Share it in the comments and make me feel better.

2017-04-24
Previous Post: Moving Past Narcissistic Abuse and PTSD
Next Post: A First Portrait of my Rainbow Baby