Is it Right to be Biased against the Left? 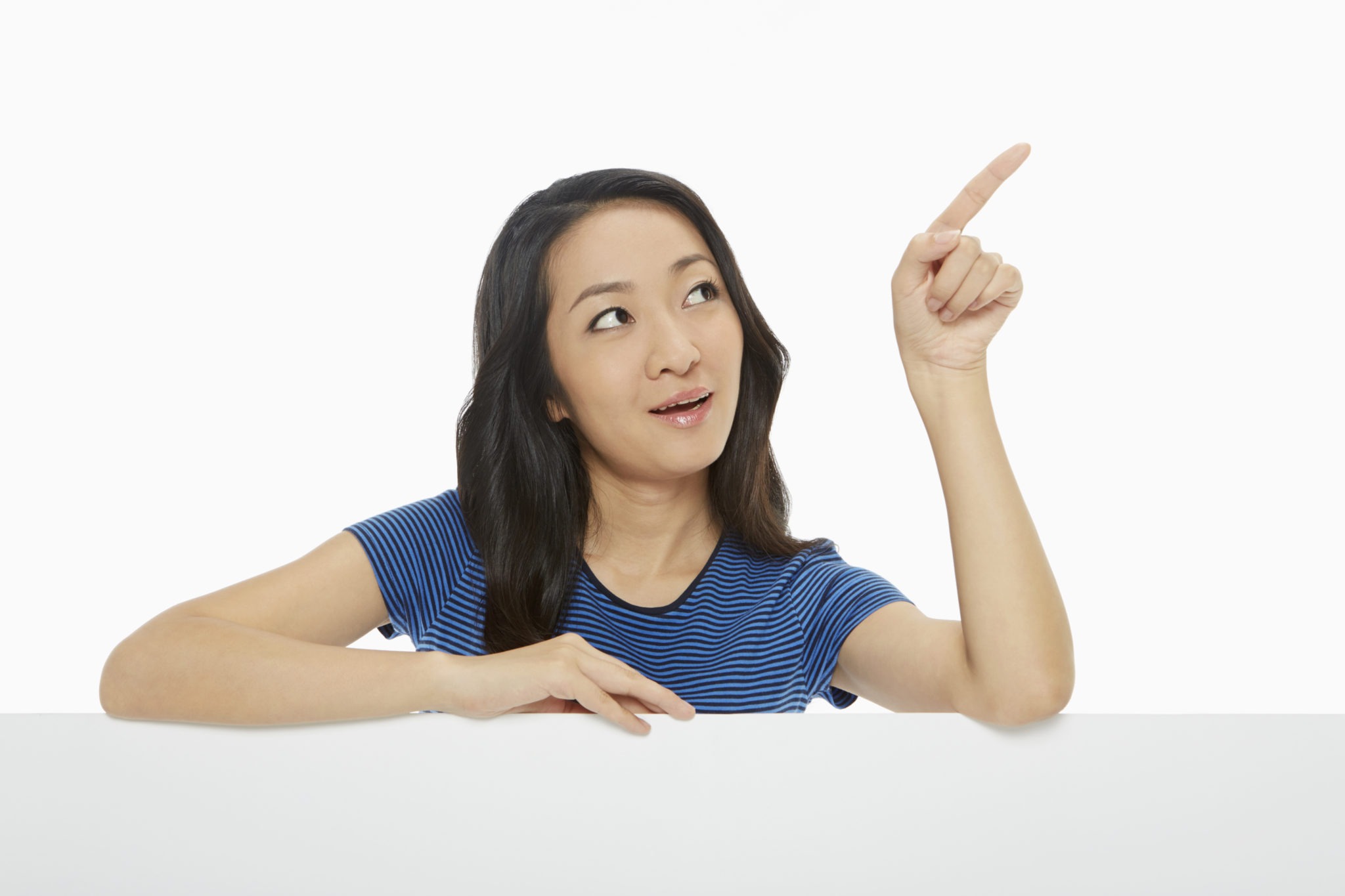 If I suggested a specific race or gender was prone to be clumsy, neurologically disordered, have lower IQs, and more emotional and behavioral problems, I’m pretty sure I’d be strung up. 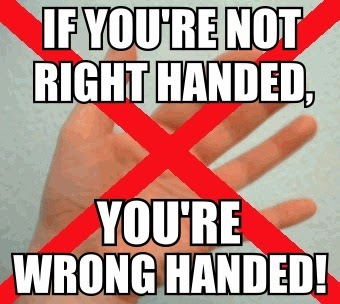 But interestingly – the study showed that left-handers whose mother was also left-handed (genetic lefties) do not suffer from the differences in cognitive ability. And right-handed children of left-handed mothers also appear to have similar “cognitive deficits” to environmental lefties.

As to the economic deficits…I don’t know—but perhaps the problem isn’t that left handers are stupid (sorry, I mean they have difference in cognitive ability). Maybe it’s because they’re living in a right-hand biased world!

Most common tools are designed solely for use by right-handed people, making them difficult, painful, or downright unsafe for left-handed people to use. I’m talking about objects as simple as scissors and can openers and more complex like power saws and cars. 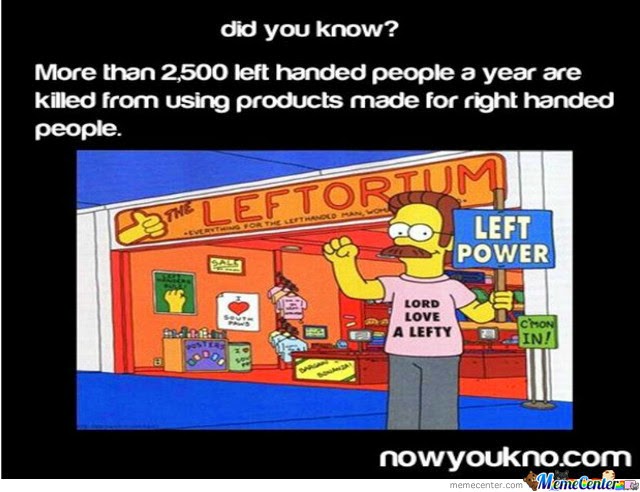 How are left-handers supposed to get a leg up when all the tools they’re given in school are right-biased—right down to the desks that they use.  Do you have any idea how hard it is to concentrate and take notes backwards? 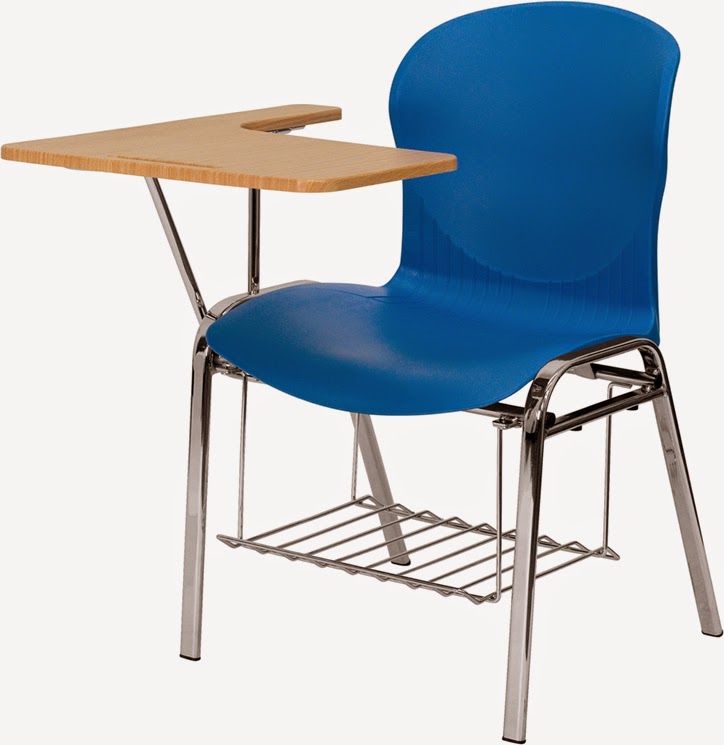 Not to mention the historic discrimination against left-handers. Lefties have been subjected to deliberate discrimination and disparagement. Left-handedness is considered in some customs to be unlucky or even malicious.

Many languages use “left” references to convey awkwardness, dishonesty and even stupidity. The English word “left” itself derives from the Anglo-Saxon word lyft, “weak”.  In Sanskrit, the word “वाम” (waama) stands for both “left” and “wicked.”  In colloquial Russian the word левый (levyĭ) ‘left’ means unofficial, counterfeit, strange.  In French, droit(e) means “right” and “straight”, while gauche means “left” and is also a synonym of maladroit, literally “not right”, meaning “clumsy”. 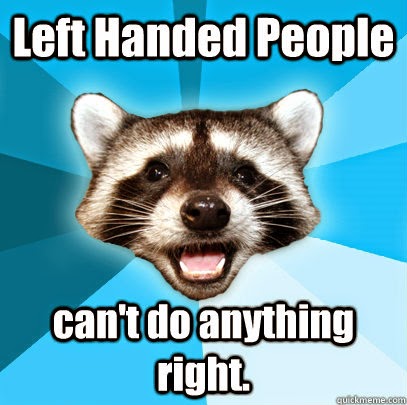 And the Roman alphabet is drawn from left to right…so lefties are always smudging their work.  And ball-point pens don’t work as well when you’re pushing the ink instead of pulling. Even in relatively “modern” societies, left-handed people have historically been—and in some places still are—forced from childhood to use their right hands for tasks which they would naturally perform with the left, such as eating and writing.  The practice borders on torture.  Some studies have demonstrated that this conversion can cause multiple problems in the developing left-handed child, including learning disorders, dyslexia, stuttering and other speech disorders.  Other studies have shown that as early as ten weeks in-utero, handedness is decided.  So really, it’s like forcing someone to not be who they are naturally.  The world is built for right-handed people.  That’s why left handers have more “learning disabilities”. They’re constantly compared with right.  And forced to be right.  And if they don’t conform, that must mean they’re not right.

[tweetthis]#Lefties constantly compared with right. And forced to be right.  [/tweetthis]

Yes – left-handers are economically disadvantaged.  Not by birth – by design. It’s just not…right!  For instance – there are fewer left-handed surgeons.  Do you know why?  Doctors are trained with mostly right-handed instruments. Left-handed interns are not given left-handed mentoring, and they’re more prone to needle stick injuries than their right-handed colleagues. And right-handed teams don’t want to work with them. 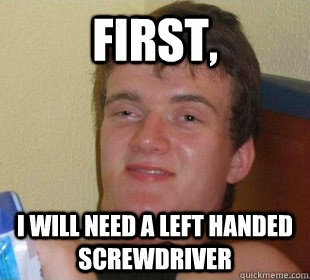 There are some sports that are left-handed (or neutral)—baseball, cricket, fencing, boxing, and tennis. Left-handers have also made strides in the fields of science and neurology (probably because they’re trying to figure right-handers out).  Four of the five original designers of the Macintosh (Apple) computer were left-handed.  And one in four Apollo astronauts were left-handed—250% more than the normal level.

Goodman and I do agree (somewhat) related to his conclusion. The economic deficits his study “uncovered” might be prevented if more attention was given to left-handed students. If the proper resources and tools were provided…if left-handedness was specifically considered in the design of curriculum, if more mentoring were available—we could potentially combat some of the issues.  Because really—it’s just not right. 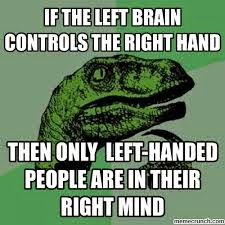 2017-05-05
Previous Post: A First Portrait of my Rainbow Baby
Next Post: It Gets Better, It Really Does