Decluttering my Life: How I Defeated the Goblin King 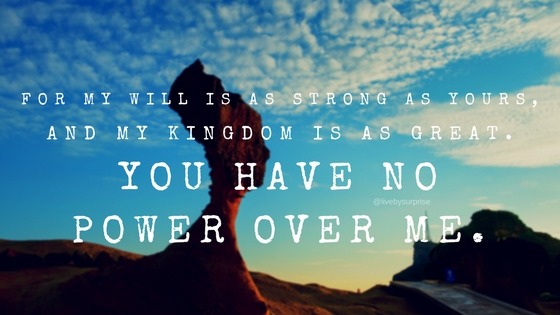 Step 1:  Get rid of the thing that is causing you the most stress—your husband.

OK.  So it doesn’t exactly work that easily. When you were considering leaving your ex, did you find that the clutter started to get overwhelming? For me, it was like there was something in my life cluttering not just the rooms, but also my mind. Sure there were spurts and starts where I’d get rid of a bunch of stuff. But it all just seemed to cave in on me.  Like that scene in the movie Labyrinth. There’s a little junk lady puppet who tries her hardest to distract the heroine from her goal of reaching the Goblin King to save the child. The real truth was—that “stuff” was holding her back. She needed to realize that before she could move on with her life.

Actually, that’s a great analogy for my life. Maybe I’ll start calling him the Goblin King.

But the truth is, once I realized that the insignificant “stuff” in my life was holding me back, I was able to move on. I had fixated on either convincing the Goblin King to put the palace up for sale and then getting out, or somehow convincing him to leave the house.

My marriage was getting nasty. We hadn’t slept together in the same bed for probably three years. Our fights were getting almost violent.  And most of the time, they were playing out with our infant son in the house.

I’d seen a couple of lawyers and was in the planning stages of leaving. Then I saw one who asked—why was I fixated on staying in the house? And I realized I didn’t have a good answer for that. I was concerned that if I left my ex in the house it would fall into ruin. I was worried if we owned the house together that he’d convince me to go back. But both of these reasons were moot. What difference did it make if the house fell into ruin? When every day I spent there I was ruining myself. Why was I so worried he’d convince me to go back? My mind was made up. I was done. I’d left and gone back twice before, but third time’s a charm. And truly, staying in the house would probably have made that more likely anyway.

So I moved out.  The lawyer had promised me we could bring a motion to get the house for sale in two months after I served him. I got an understanding landlord, moved into the neighborhood we’d lived in when we were first married, and that was my first decluttering. I left with pretty much the clothes on my back. It took me a month to negotiate the release of some furniture. In the meantime, my son and I slept on air mattresses. I had a few odds and ends for the kitchen. But we made it work. And once I had the furniture, I was golden. And thank goodness. Because the two months the lawyer promised me stretched to eight months. And in that eight months, the real estate market tanked.  So it took another four months to get a buyer lined up and for the sale to go through. And two more months after that to negotiate the financial terms of the divorce and get the money released. So my nine-month lease stretched to eighteen months. But then I was free. So I bought a new condo and started afresh.

Another move – another opportunity to declutter. The kids had soooo many toys. And they were growing so quickly. And I still had a lot of junk leftover from the first move. I guess I’m a bit superstitious. More than I’d like to admit. But I felt like there was some bad mojo attached to some of the objects I’d taken. Gifts from the Goblin King went first. My jewelry. My wedding dress. My wedding rings. His wedding ring. The watch I’d given him but he’d never taken out of the box. Gifts from our wedding…well some of them were still useful. I kept the blender. The TV (although it was 10 years old at that point)…but my mom had got it for us.  So it felt OK to keep that one.  If only to keep the kids amused when they were playing in the basement. And strangely (although I’m not incredibly attached to them), I kept two gifts from my sister in law. The Goblin Queen. A lamp and a jewelry box. They’re in my room to this day. I still feel like there might be some bad mojo attached to them though. I will get rid of them at some point. (Update: the lamp is gone now. I like the jewelry and have moved past the point where it is baggage.)

Step 4:  Meet and Marry the Polar Opposite of Your Ex. 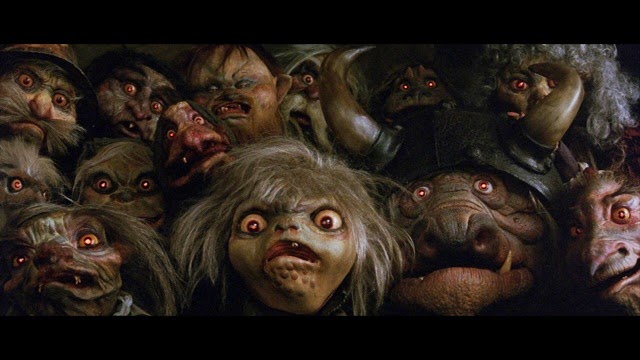 OK. This was not planned. Truly, after my life with the Goblin King, I’d considered never dating again (that lasted about 10 seconds). I considered (very briefly) batting for the “other team”. That was a fun period. But I’m too into men for that to take off.

So I swore I’d never marry again and left it at that. I have an aunt who never dated or remarried after her ex. I could be a freewheeling spinster into today’s modern world.  No problem.  And I took steps to make it so. By dating men who were “unavailable”.

[tweetthis]I could be a freewheeling spinster into today’s modern world. No problem. #divorce #singlelife[/tweetthis]

And then boom. Cupid’s arrow. Hit me right in the butt. He practically moved in after the first night. And two months down the line when he suggested marriage, I surprised myself. Because I didn’t feel an impending sense of doom. It felt just right.

When we merged two households, decluttering wasn’t just an option—it was a necessity. Most of our furniture “fit” together as though we’d planned it that way, but some stuff just had to go.  We didn’t need two sets of dishes and cutlery. We didn’t need half a dozen pots and pans. And with everything going electronic these days, there were a lot (I mean a LOT) of books we were never going to read again that had to go.

We moved again. More stuff we’d realized hadn’t been unpacked since our merging. Out.

And our son was born last summer. So I finally unpacked all the kids’ clothes I’d saved (because despite resolving not to remarry, I hadn’t given up on baby number three). I got rid of most of the girl’s stuff. And now, as my son grows, I’m decluttering his clothes as he grows out of them. Nine months after his birth, I’m getting rid of the maternity clothes I’d held onto for the eight years since the birth of my first son. Just did another sweep of the kids’ rooms—tons of toys they never use. Gone.

And I continue to declutter. My life feels fresher. I don’t feel closed in. Like I’m living in the Goblin King’s junkyard. My mind is clear. I’m not angry and confused all the time. Because I also cleared out the junk that was in my head. And I keep working on it. Staying positive. Coping with co-parenting with the Goblin King. Making sure I don’t build up the junkyard when he’s got the kids.

Decluttering isn’t a once in a lifetime thing. It’s a lifelong process.You need to recognize when the “junk” is building up and clear it out. In your house and in your head. Defeat your own Goblin King. “Through dangers untold and hardships unnumbered…YOU have no power over me!”

This post originally appeared on Live by Surprise in March 2010. It is essentially the same, but I’ve added a few updates.