Tell Me Something I Don’t Know About You 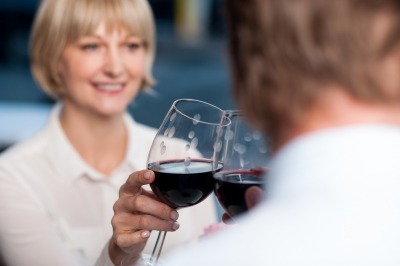 Tell me something I don’t know about you.

A question I ask Hubs all the time. Usually at intimate moments. A quiet dinner just the two of us. After supper, on the couch, when the kids are in bed. When we’re in bed…my head on his shoulder, my fingers playing with the hair on his chest.

I see his eyes look up and left. Searching for something in his long memory.

I smile. And press.

There were almost fifty years before me. There’s so much I don’t know.

I want to. Even five years in. I still want to know more. What made him into the man I fell in love with.

We share often and freely. Our childhoods. Our parents. Our siblings. Relationships with our grandparents. Stories of our aunts and uncles and cousins. College life. Travel. Our marriages.

His family traveled a lot when he was young so his father could work. They grew up in hotels and rented houses. He tells me of growing up in Paris. Where his sister was born. Of smoking cigarettes with hobos on the banks of the Sienne. Long walks in Scotland with only his dog for company. Being taught to swim in a very cold outdoor pool. A hotel in Rosendal, the Netherlands where they lived for some months while his father worked. Sneaking treats from the kitchen staff.

The memories are usually pleasant. A smile plays under the bristly beard that greys more every day.

There is always another story. Another memory. I want to hear them all. I want to know. Did he have a midlife crisis? What was his first marriage like? What was it like changing schools so often?

The conversations blend. Sometimes one story will blur into one I have heard before—but I’m eager for the retelling. The new perspective years after the event. The fine details that suddenly become clearer as his eyes search for the memory.

In my minds eye I see the tall, stocky, schoolboy eating a Scotch pie covered in gravy…wearing a uniform with patches at the knees. Either a little too long or a little too short—never in between.

I see the cocky rugby player who could pass for drinking age at only fourteen.

I see the scholar. At college—so smart there was little need for study—but plenty of opportunity for nights out.

The broad shoulders. The wry smile. The twinkle in his eye.

The man I know so well. But I continue to want to know more. To drink in all that he is.

Tell me more. I want to know everything.

This post originally appeared on Live by Surprise on November 15, 2015. It has been updated.