I Would Have Loved Paris in the Springtime…but… 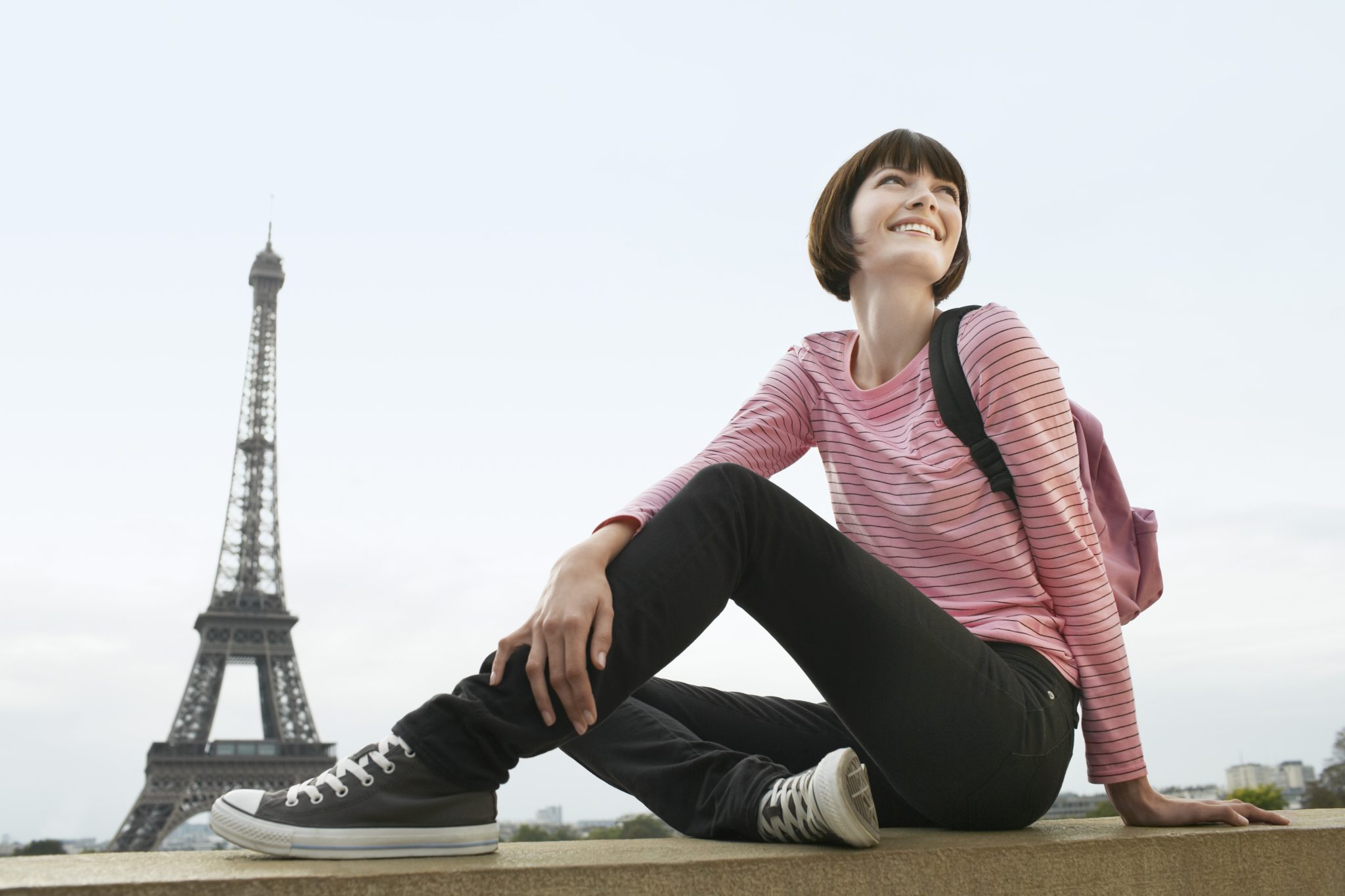 Having just finished my big Holland trip, I’ve been thinking more and more about Europe. And remembering my last visit to Paris.

When one thinks of Paris, various words might pop into your head. There are quotes, songs, movies – “I Love Paris in the Springtime”, “Midnight in Paris”, “Paris Holiday”.

How about these words:

While all the famous movies, songs, quotes come to my mind when speaking of Paris, so do the ones I’ve just mentioned.

When I finished my degree and was on the verge of starting my new life, I felt like I needed a break. I’d worked through university, finished a three-year degree in two years, and I was eager to celebrate the accomplishment and start the next stage of my life.

I had been to Paris while in high school, but that trip was focussed (as my contemporaries were) on shopping. We stopped for an hour (yes only an hour!!) in the Louvre, to see the Mona Lisa and the Venus de Milo. The tour guide actually had us practically running to see the two exhibits, so we could get back to shopping. We had five minutes at most to soak in only two of the most famous works of art on the planet.

I longed to see the real Paris.

The one in the movies. The art, the architecture, the monuments, the parks, the canals, the streets. I even had a bucket list—I wanted to admire the Champs D’Elysee, Musee D’Orsay, Moulin Rouge, Notre Dame and spend a few days in the Louvre. I wanted to take my time and become familiar with each of these treasures. In between, I wanted to sip wine at a small café, eat a baguette on the banks of the Seine, capture with my lens all the sights of Paris.

And so, after University, as a treat to me, I decided to do go with a close friend. Shortly after final exams in April, we headed to the City of Lights—because who doesn’t love Paris in the springtime?

The flight, overall, was fairly uneventful. We arrived in Paris, booked into a small hotel we’d found on the internet, and headed right out to the Eiffel Tower.

We took a few photos at the base of the tower, but then, I started feeling queer and wanted to sit and rest. I thought it might be jet lag.

We went to a small café, ordered a coffee, and sat out front to admire the streets of Paris. But I immediately jumped up and ran into the alley to throw up. Apparently not jet lag. Maybe a bit of a flu bug. I felt guilty and sent my friend out of the hotel to experience the city in the three days I was laid up, vomiting, pretty much bedridden, not really eating.

By the third day, I couldn’t stand up—I was too dizzy.

I wasn’t in any pain that I can recall, but I guess I was a little out of it. My friend wanted to take me to a doctor, but I couldn’t move without vomiting. Even sitting up was a challenge.

The concierge (who thankfully spoke very good English) called a doctor to come to the hotel. He was there about fifteen minutes – took my temperature, asked some questions (thankfully the doctor also spoke English reasonably well). Then he did a physical exam. He pushed into the lower right quadrant of my belly – and found the problem. My appendix was in bad shape. He insisted that I go to the hospital immediately – and was going to call a cab. But there was no way I could get in a cab. I literally couldn’t move on my own. So they called an ambulance.

We waited about an hour and a half for an ambulance to arrive (apparently appendicitis isn’t an emergency in France). The hotel was so small, the stretcher wouldn’t fit in the elevator (which was roughly the size of a small walk-in closet. They ended up putting me in a wheelchair to bring me to the lobby. They were big guys – so they could handle it, easily lifting me into the ambulance when we got to the bottom.

Apparently, the ambulance system in France at the time was a higglety pigglety mish mash of private ambulances. Who apparently expect to get paid when you get to the hospital. That was scary. We only had traveler’s cheques and credit cards—which they weren’t willing to accept. And they stayed with me (two gorilla type guys right by my hospital bed) while my friend went to get cash.

Then we got to the hospital.

Where you’d think, considering the level of education that medical professionals need to have these days, and the pervasiveness of the English language, that I would have been able to find someone who spoke English. Blood was drawn, ultrasound, and before I knew it, I was being asked to sign consent forms (in French) for surgery. I gathered that they confirmed appendicitis, but the doctor’s broken English didn’t inspire any confidence. I have my doubts that the forms would have been declared legal – to this day I have no idea what they said. But as they suggested that they were quite clear that my life was on the line – so I signed every paper they asked me to.

Within three hours of the doctor’s visit to my hotel room, I was in surgery, having my appendix taken out. It was a frightening, confusing experience. (Luckily, I hadn’t eaten in three days). I’m still not entirely sure whether or not my appendix burst (although they did call it acute appendicitis, I wasn’t put on any antibiotics after the surgery).

But though frightening and not what I expected, I made it through the other side alive. And I learned a few things about traveling to Paris that I probably wouldn’t have if the trip went the way I expected.

I made it home in one piece. I almost kissed the airport carpet. It still took me a few weeks to get back to normal – I think the recovery took even longer than each of my three caesareans (and my first child was almost 10 pounds).

And so…my last time in Paris was not my favorite. Certainly not as amazing as my trip to Holland. Perhaps someday I’ll go back to visit. After all – you only have one appendix…so I don’t have to worry about that happening again. But I can truly say – there will always be a little piece of me in Paris.

This post originally appeared on Live by Surprise on August 24, 2014.

2018-03-09
Previous Post: I Blinked…And You Turned Ten
Next Post: The Best Galleries and Museums in the World