Value the Air You Breathe 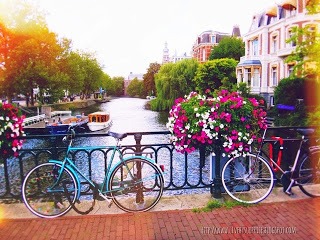 Sometimes I just feel like America is doing it wrong.

Don’t get me wrong—I am proud to live here—and I’m happy for all of the freedoms that we have. I just feel like I’ve seen other countries that have some things more…figured out.

Look at the things we do to our environment—the way we continue to expend, consume and waste. The packaging. The bottles. The garbage that we create. I wonder what kind of planet we’ll be leaving our children.

Case in point—my recent trip to New York City. In complete contrast with my trips to Vancouver, Canada and Amsterdam, The Netherlands. Granted, there are probably a lot less people in both cities. But people in those cities are respectful. You can feel safe most places that you go. Even in the Red Light District in Amsterdam, I felt safe.

NYC. The traffic. Everywhere. All the time. Angry people driving. Frustrated people. And although the city has a fantastic subway system that can get you pretty much anywhere, there are still cars on the streets. Very few of them (except the cabs), had more than one person in them. Even the cabs though – were only carrying one passenger. It feels very…selfish.

In Amsterdam and Vancouver, you can ride your bike, and feel safe. Drivers are respectful. They pay attention and look out for you. The cities have made efforts to include cyclists and pedestrians in their transportation plans. There are bike lanes.

In New York City, you’re taking your life in your hands just crossing the street. Although there appear to be laws against stopping in the middle of an intersection, I kept seeing it happen. The people of NYC are used to it. They just wait until the cars stop moving and then weave in between them. Because when traffic starts again, they barely move anyway.

I have to wonder—if bicycles were given priority—if cars were taken off some of the streets, would it decrease the problem? Would the traffic lessen? Surely it must be easier to store a bicycle than it would a car? And cheaper? How is it so many people in New York have cars anyway? Where do they keep them? Are they coming from elsewhere? And if so, why not make them take mass transit into the city? Why aren’t our politicians lobbying to reduce the congestion?

Perhaps it’s just wishful thinking. I would like to see fewer cars on the road. Hubs and I are down to one car. We commute in together. If one of us were to get a job elsewhere, one of us would be taking public transportation. We don’t live in NYC. Our city hasn’t quite figured out cycling yet and where it fits—but we feel fairly safe cycling in our little borough. When the weather permits, we cycle to get our groceries. We cycle for exercise. We cycle for recreation. In the Netherlands—where people continue cycling well past retirement. They’re healthy. And happy. And it’s good for the economy. And the air.

There are so many reasons to move to a less car-dependent society. We just have to start making a cultural shift. We need to start valuing the air we breathe.

This post originally appeared on Live By Surprise on June 23, 2015. It has been edited.