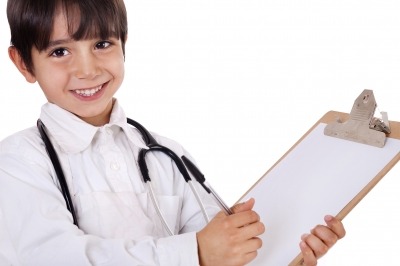 What did you think was the coolest job in the world when you were younger?  Do you still feel that way now?

I guess, really, that depends on how you define “younger”.  My first Hallowe’en costume, I dressed up as an old lady (ok…technically, my parents dressed me as an old lady).  I don’t know that I really wanted to be an old lady.  Of course, I suppose it’s better than the alternative.  But being an old lady isn’t really a job.

When I was 14, I dressed as the Queen of Hearts for Hallowe’en.  I think I would have made rather a good Queen.  I’m very good at drinking tea with my pinky up.  I can definitely rock a tiara.  I wouldn’t mind being admired and dressed and waited on hand and foot.  It would likely mean that yoga pants and t-shirts were out of the question though…and of course, I had some issues with birthing babies…my hips aren’t wide enough.  And there’s the whole shaking hands with tons of people.  So…maybe I wouldn’t have made a good Queen.

When I was about 17, I decided I was going to be a lawyer.  I worked in a law office straight out of high school and through my first two years of college.  I took the LSAT (Law School Aptitude Test for those of you out of the US) as I was completing my Bachelor Degree.  My results weren’t shiny, but they weren’t horrible.  As were my marks.  But I wasn’t very good at planning, and I didn’t know who to ask for help (or, quite possibly, I didn’t look for it).  So I didn’t end up going to law school.

As I didn’t know where I was going, or how to get there, I ended up taking a job where my mother worked. And I got married. To the Goblin King (still not a Queen though—unless you’re a Goblin, you’re not allowed to take the title, and I divorced before I became one). I know now that I didn’t want to be the Goblin King’s wife when I grew up either. Nonetheless, I did and do want to be the mother of his two children. And I am.

Now, I’m still working in the same place. I’m fairly content. I’m paid well, and I’ve got 17 years in. If I stick around I have a good pension coming. I’m likely going to do that. But at this point, when I grow up, I want to be a writer. Oh look.  I am.