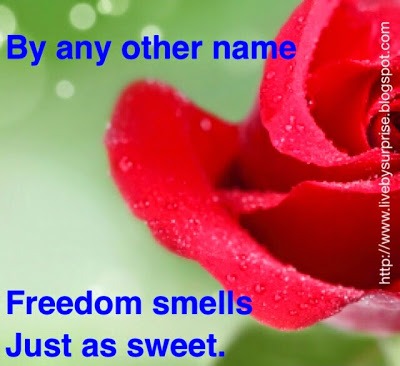 When I got married the first time, I couldn’t wait to change my name. Without telling you what my old name was, I can tell you that it started with a W. The Goblin King’s last name was much closer to the beginning of the alphabet. As young and empty headed girls are wont to do, I spent so much time doodling and scribing and finding just the perfect signature.

I married him in between schools. When I started a computer programming course at the local college, I had my new name. I was called almost first – instead of last as I had been for the whole of my school career.

And with that step, I cast aside who I was as a student, a child, and I became a woman.

After two years in school, I’d acclimatized to my new name. Claimed it as my own. It was the name I started my professional career with. I owned it.

And after I left, it had a new meaning. I didn’t view it as my “ex’s” name. It was mine. Most of my “adult” friends had never known me by any other name. And I shared it with my children. And, as I never planned on remarrying again, I had resigned myself to keeping it.

I shouldn’t have. I know. It tied me to the Goblin King. In his mind, as long as I had “his” name, he still “owned” me. There was still a chance.

And then…well…then I fell in love.

Something I had no plans to do. Something, I thought, wasn’t in the cards for me again.  It was one of the “life surprises” that I built my blog around. I hadn’t finalized my divorce when it happened.

When we were planning the “ceremony” to commemorate our union, I discovered that my state allows you to change your name if you are a “common law” spouse. And so, I did. I took my new husband’s name. I made myself a part of his family. It involved actually changing my birth certificate – but it was worth it. Even though we weren’t legally married, it bound us together.

Of course, I didn’t change my children’s names. They asked about it when I changed my name. But as I explained to them, they are half their father. They will keep their names unless one day they decide to change it. Likely my daughter is the only one who will have to make that decision. And I’m not sure what side she’ll be on at the time.

And of course, I still get the inevitable phone calls from the children’s doctors and the school asking for Mrs. Ex. And the insurance company won’t acknowledge my name change. They call me Mrs. Ex-Yz, hyphenating my ex and my current husband’s names. And at the vet, the dog is registered with my old last name too. It took ages to get all the paperwork changed – drivers license, credit cards, banking info, new passport. But I got it all done. I’m official. I am me. And as I cast of my childhood when I took my ex’s name, I cast off my divorce when I took my new name. And again – I looked forward to being the new me. I’m the same flower. But you can call me a rose now.