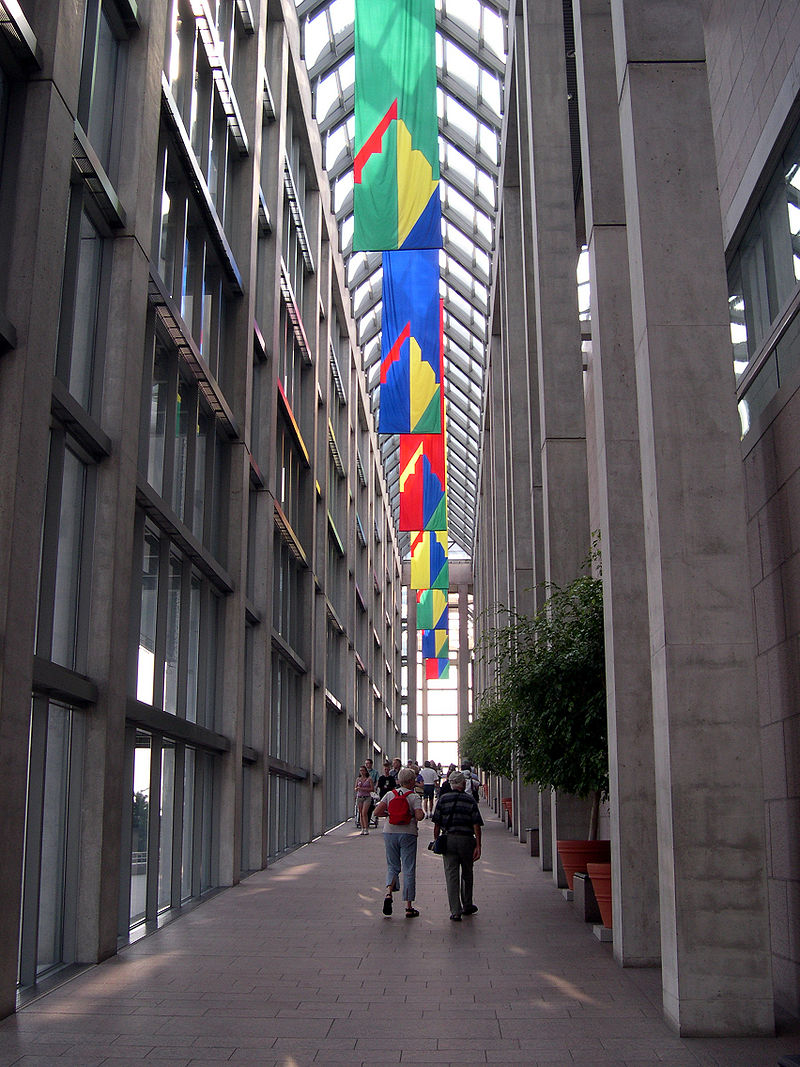 Today I’m continuing my series on the finest galleries in the world, and bringing you with me to check out my favorite Canadian galleries and museums.  Most of my Canadian experience is limited to the provinces of British Columbia (because my sister is there), Ontario and Québec (as you know, we’ve been summering in Québec). I can’t recall actually making it to a museum or gallery in BC. I’m sure they have them there…and now as I’m thinking about it, will add it to my next itinerary. But I have had the opportunity to visit a few museums in Ontario and Québec:

I haven’t visited in a very (very) long time, but I did once make a visit to the Royal Ontario Museum in Toronto, Ontario. I looked it up for this article and it’s changed quite a bit from what I remember—but they still have the things I remember the most. The original building was similar to the Smithsonian in style and feel.

They had a huge room with lots of artifacts from Egypt, including a couple of mummies and a burial chamber. I remember being super excited by this because I have a slight crush on Egypt (and I am going to go there some day). They also had a lot of natural history (dinosaurs), and as I recall, the exhibits showed what the animals would have looked like in their natural environment. The animal exhibits including a reproduction of a bat cave (which the boys in my class enjoyed much more than the girls).  It appears they put an addition onto the museum in 2007, so perhaps it’s time to make my way back now that I’ve got kids. The museum is in a beautiful, older area of the city, not far from the buildings that house the government of Ontario. Just up the street there’s a mess of shops and restaurants (not inexpensive ones…)

The National Gallery of Canada, Ottawa

We went to Ottawa a few years back (well before Bae was born) because there was to be a Van Gogh exhibit. We took the kids up for the weekend and got a junior suite.  (FYI – a junior suite does not mean that the kids get their own room…lesson learned). The National Gallery of Canada is right on the Ottawa River, very close to the Canadian government buildings and the largest market in Canada (the Byward Market). The Gallery has an extremely large and varied collection of paintings, drawings, sculpture and photographs. Although its focus is (of course) on Canadian art, you can also find works by  noted American and European artists. The entrance hall is spectacular, spanning all the floors of the building with windows from floor to ceiling and an effort was clearly made to bring as much natural light into the building as possible. Flower enjoyed our visit, I think Puck got a little bit bored. The kids were most impressed by the museum shop.

The Canadian Museum of Nature was more of a museum for kids than the National Gallery. We’ve been twice and they had special exhibits (which cost extra $$) each time. The first time was whales—and they had a full size replica of a whale stomach that you could walk through (yes, they’re that big). The last time we went (this past summer), they had a dinosaur exhibit. Like the ROM, the museum is in a huge older building. They’ve done an amazing job of making everything accessible to the kids. The dinosaur exhibit had a series of stations with metal stamps, and the kids had to go from station to station to collect all the stamps. It kept them focused and they learned a bit on their way through instead of just looking. We also went into the basement where they had a kids area with a number of activities including sculpting a dinosaur head, making a dinosaur tooth, and dress-up.

[tweetthis hidden_hashtags=”#travelwithkids”]@MuseumofNature in Ottawa has a fantastic kids area. #TravelTuesday[/tweetthis]

I actually missed out on the Diefenbunker because Bae needed a nap, but Hubs took his Dad and the kids while we stayed back at the hotel. The Diefenbunker, named after Canadian Prime Minister John Diefenbaker, is a four-story, 100,000 square foot underground bunker, built between 1959 and 1961. During the Cold War it was intended to house over 500 Canadian government officials and military officers in the event of a nuclear war. Hubs said the place was just gigantic, and that they’ve done a really good job of making you feel like you’re a part of history. The kids liked checking out the weapons and the war room.

We didn’t actually make it out to any museums or galleries while we were in Tremblant, but during our two visits to Québec City, we did check out the local art scene.

On our first visit to the city, when we left the hotel, we did make an effort to get out and see things. The Musée national des beaux arts had an exhibit of the French impressionists. Of the newer buildings that I’ve visited, I think this is among the most beautiful. An effort was made to ensure as much natural light enters the galleries as possible. Similar to the National Gallery though, I think this was more of an adult destination than for children.

On our last visit, as we were crawling through the city, we happened upon the Museum of Civilization.  They had a large exhibit on loan from the Rijksmuseum in Amsterdam (and I had to wonder if we’d actually seen some of them already when we were in Holland). They had a fantastic interactive exhibit on the history of dance. They had motion activated interactive screens set up through a large room, and your headphones would activate and start playing the related track from whatever you were looking at as the technology realized that you were there. They also had a modern history exhibit, including some relics from the first and second world wars. We were there right around Veteran’s Day, and seeing them had quite an impact on me. 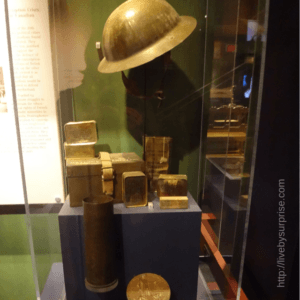 Canada has some amazing galleries and museums housed in beautifully made buildings with collections of incredible artifacts and masterpieces. These are surely only a few of the options—but if you have the opportunity I would encourage you to visit.

Have you ever visited Canada? Did you get an opportunity to check out the local art scene?

This post originally appeared on Live by Surprise on November 17, 2016.